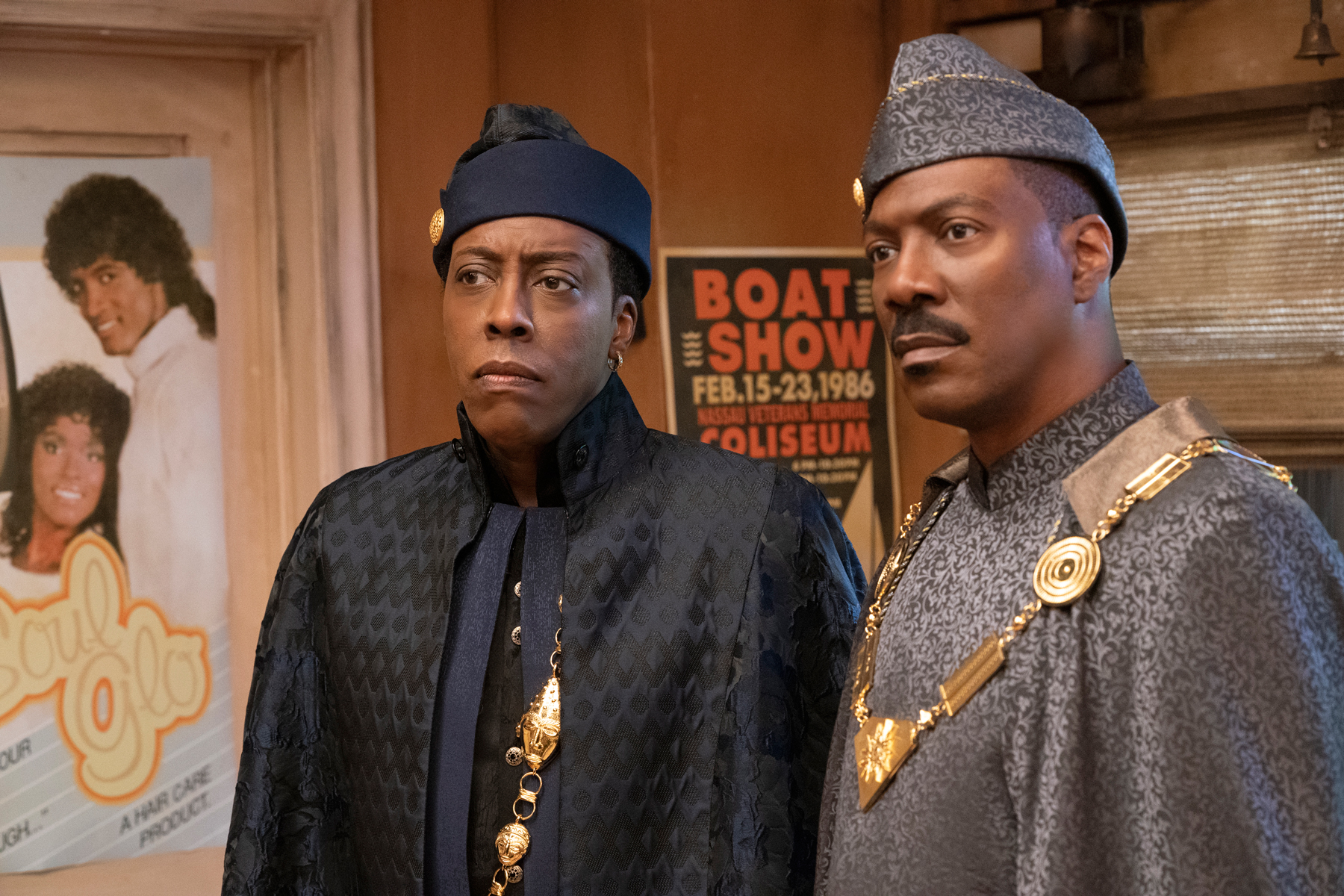 Amazon Studios gave us our first glimpse at Coming 2 America, the sequel to the beloved 1988 comedy Coming to America. The film hits the streaming service on March 5th.

The teaser includes a whirlwind of characters from the previous film — many of which are played by stars Eddie Murphy and Arsenio Hall. The movie follows King Akeem (Murphy) and his friend and advisor Semmi (Hall) as they leave their home country of Zamunda to retrieve Akeem’s lost heir — in Queens, New York. The original film — directed by John Landis and based on a story written by Murphy — centered around Akeem’s search for a bride in the U.S.

“After many years of anticipation, I’m thrilled that Coming to America 2 is officially moving forward,” Murphy said in previous statement. “We’ve assembled a great team that will be led by Craig Brewer, who just did an amazing job on Dolemite [Is My Name], and I’m looking forward to bringing all these classic and beloved characters back to the big screen.”