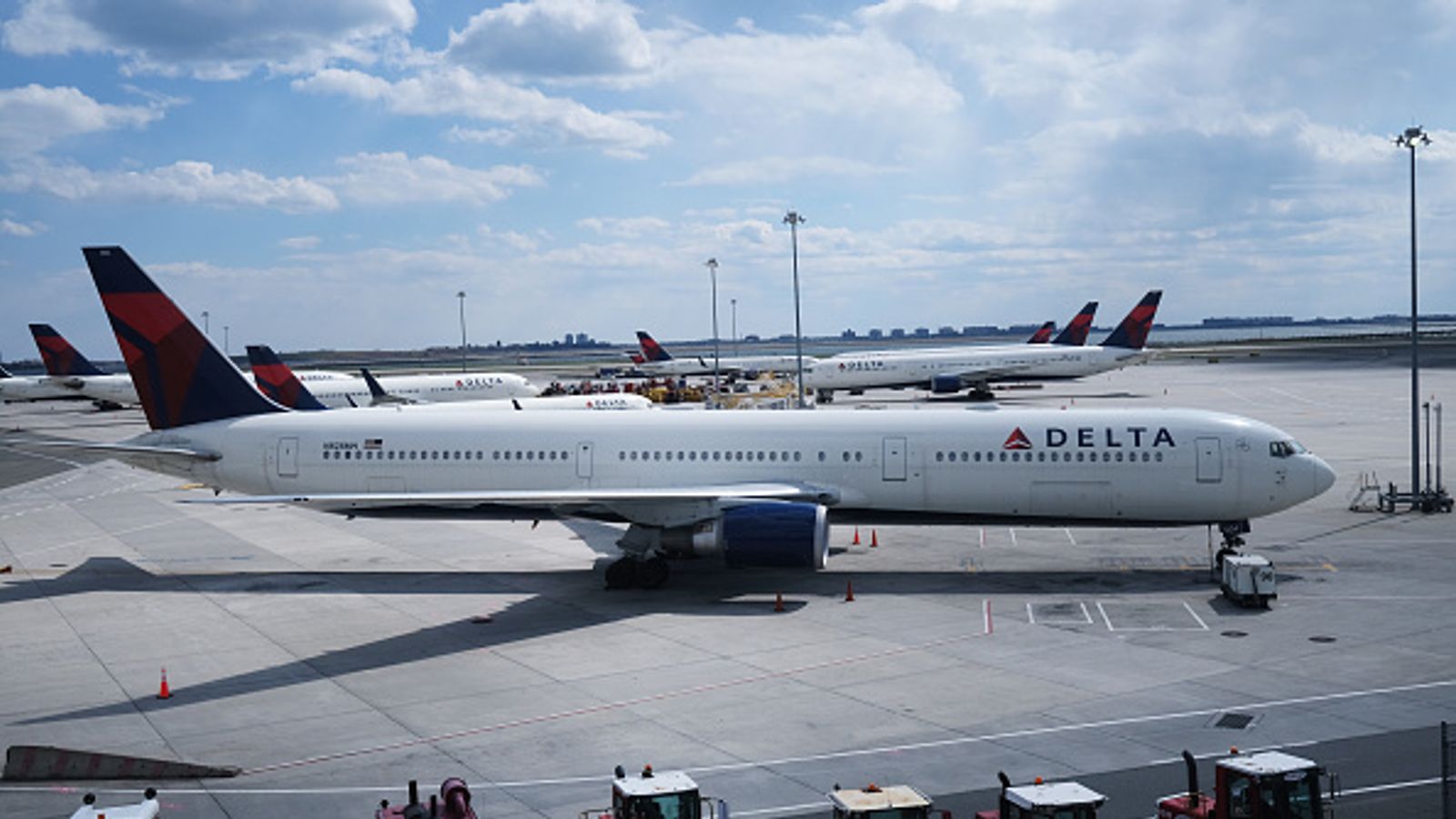 A plane preparing for takeoff was halted in New York after a Florida couple with their pet dog fled via an emergency slide, authorities say.

The incident took place on board an Atlanta-bound Delta flight as it was taxiing towards the runway at LaGuardia Airport on Monday.

He was quickly followed by his female companion who carried the Great Dane puppy.

Fellow flyer Brian Plummer said the pair, named by the airline as Antonio Murdock and Brianna Greco, had moved seats several times on the plane which was not full.

Murdock ignored an order from flight attendants to take a seat for takeoff and told them he was unable to sit still due to his post-traumatic stress disorder, Mr Plummer claimed.

“If I sit down, I’ll freak out,” the man said, according to Mr Plummer, the New York Times reported.

After the Monday morning incident involving Flight 462, the aircraft was forced to return to the gate where the other passengers got off and were later put on alternative flights.

Murdock, 31, and Greco, 27, were arrested and taken into custody on charges including criminal mischief and trespassing, among others.

Murdock was being detained while Greco was later released. The dog was being looked after by an animal shelter.

The incident recalled the 2010 case of Steven Slater, a JetBlue flight attendant who activated a chute during a tantrum on a plane landing at JFK Airport.

He went on the public address system, swore at a passenger who he claimed treated him rudely, grabbed a beer and slid down on to the tarmac.

Slater was sentenced to a year of probation after completing a court-ordered treatment programme.