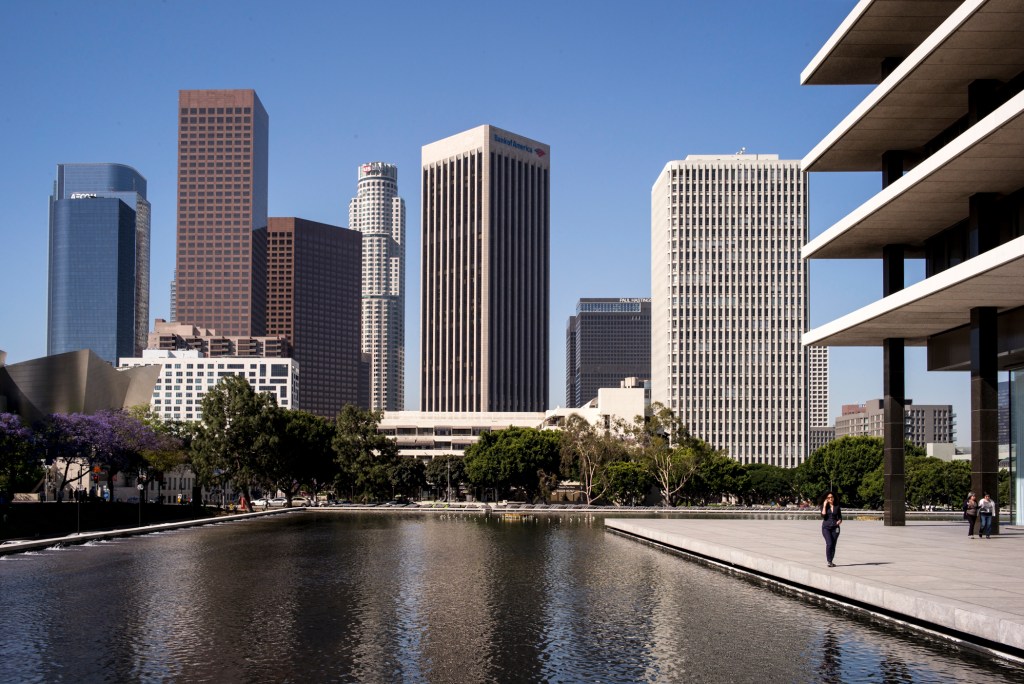 LOS ANGELES — A man who sued the Los Angeles Department of Water and Power over inaccurate utility billings filed a lawsuit in federal court Monday against the city over the way in which the city attorney’s office handled the case.

Antwon Jones, who was a plaintiff in a settlement in 2017 when the DWP was forced to give refunds to customers after a massive billing snafu, claims that city officials used him as an “unwitting pawn” and conspired with Paradis Law Group, which he retained during the first lawsuit.

The debacle prompted a class-action lawsuit that led to a settlement requiring the DWP to reimburse customers about $67 million. The billing system in 2013 led to thousands of customers receiving inaccurate bills, with some being wildly overcharged.

In the new suit, filed in Los Angeles, lawyers for Jones accuse the city of Los Angeles, City Attorney Mike Feuer and two lawyers from Feuer’s office — James Clark and Thomas Peters — of conducting “an egregious scheme and cover-up which defrauded Jones, violated his civil rights, and wasted city funds.”

Feuer said he hadn’t yet reviewed the entire complaint, “but it just appears to be a rehash of old allegations. I can say unequivocally that I have always acted with complete integrity, and any allegation to the contrary is absolutely false. Period.”

Jones alleges he was “the victim of fraud, corruption and a massive government cover-up, which violated his constitutional rights and cost taxpayers like himself millions of dollars,” according to his attorney, Jeffrey Isaacs.

“He was exploited and betrayed by his own attorneys, who individually benefited tremendously from their wrongdoing, and who then conspired with city officials to conceal their malfeasance from Mr. Jones, the Superior Court and ultimately the public for the past five years,” Isaacs alleged. “Through this lawsuit, Mr. Jones seeks justice for himself as well as his fellow city taxpayers.”

Jones was among more than a million utility customers who were overcharged in 2014 by LADWP. The system was implemented by the global consulting firm PricewaterhouseCoopers, which the city had contracted with in 2013.

At the time, according to the lawsuit, Jones was in his early 20s, living in a one-bedroom apartment in Van Nuys, without a washer, dryer, dishwasher or central air conditioning. His average LADWP bill was $25 to $30 for a month. But in August 2014, he received an LADWP bill for $1,374 for four months, averaging more than $340 per month.

After complaining about LADWP online, Jones was contacted in late 2014 by New York attorney Paul Paradis about becoming a plaintiff in a class-action lawsuit to be brought against the city and LADWP. Jones signed a retainer agreement with Paradis and his law firm, becoming their client, the lawsuit states.

Unbeknownst to Jones, Paradis and his co-counsel Paul Kiesel were simultaneously retained by the city as it began moving forward with a lawsuit against PwC relating to the implementation of the failed billing system, according to the suit.

“This massive conflict of interest would be covered up by the participants for approximately the next five years,” Isaacs alleged.

Jones’ proposed class-action lawsuit was filed in April 2015. To keep his participation in both suits a secret, Paradis recruited Ohio attorney Jack Landskroner and Los Angeles attorney Michael Libman to serve as counsel of record for Jones, according to the suit, which says Paradis ghost-wrote the Jones v. City complaint himself with the city’s input.

The Superior Court approved the settlement in Jones v. City in 2017, with Landskroner and Libman receiving about $11.9 million in attorney’s fees even though they filed no motions, conducted no discovery and engaged in no litigation, and although the settlement was advantageous to the city and not particularly favorable to many members of the settling class, according to the lawsuit, which alleges Landskroner and Libman’s fees were paid by the city.

“As is now well established, Paradis and the city had used Jones as an unwitting pawn in procuring the fraudulent and collusive settlement in the Jones v. City case,” according to the plaintiff’s attorneys in the current suit. “But due to a cover-up that included Paradis, Kiesel, Landskroner, Libman, Feuer, Clark, Peters and others, the collusion and fraud underlying the settlement did not come to light until 2019, when it was exposed by PwC in the course of defending itself in City v. PwC.

“As a result of the cover-up, Jones was unaware of Paradis and the city’s malfeasance and the legal actions he would have had against them until after those claims were barred by the statute of limitations … The city thus deprived Jones of his constitutional right to access to the courts,” Jones’ attorneys allege.

Jones’ lawsuit is being brought against the city to recoup the damages and other monetary relief to which he was entitled and would have received but for the city’s alleged “violation of his civil rights,” according to Isaacs.

“Jones is also suing Feuer, Clark and Peters on behalf of California taxpayers to require them to reimburse the city for having caused it to illegally expend and waste taxpayer funds in concealing and covering up their wrongdoing,” he alleged.