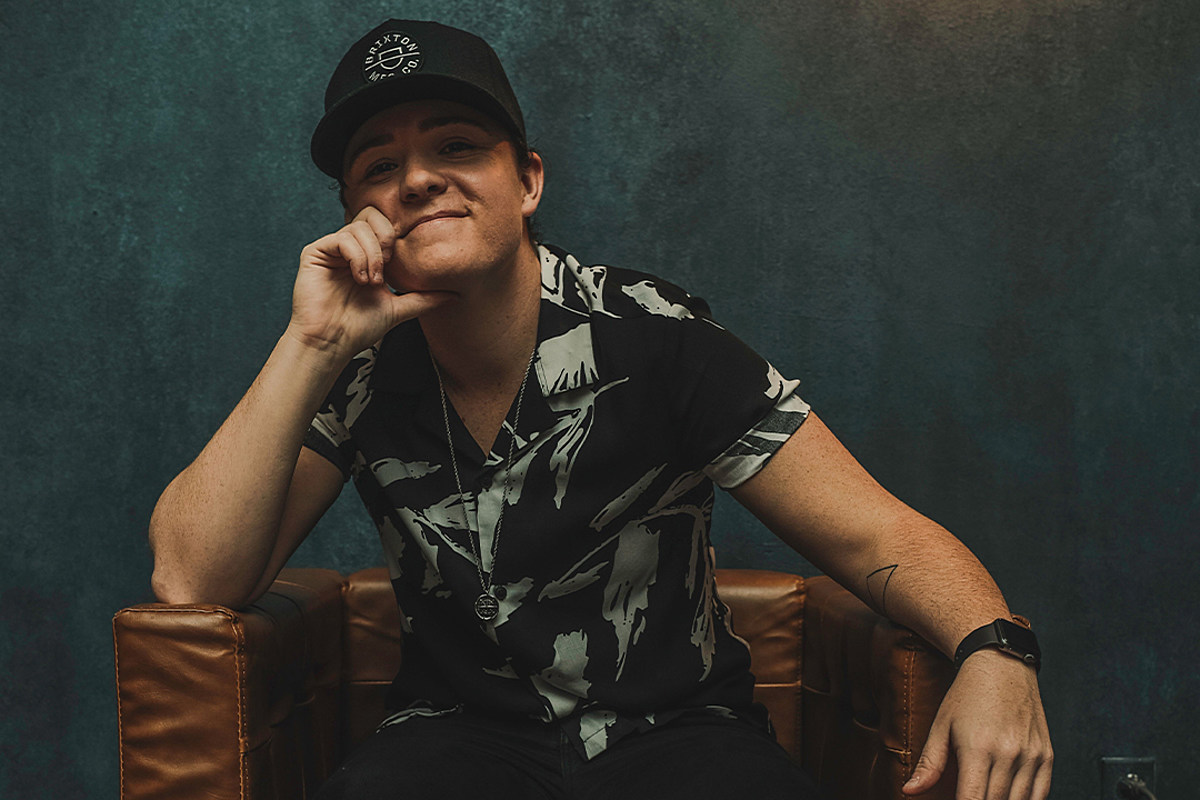 Not everyone can say their newest single debuted atop iTunes’ all-genre and country charts (and after only one day, at that), but country newcomer Lily Rose can, and it’s a pinch-me-worthy truth.

The vibey, raw country track is “Villain,” and the acoustic version is available to watch right here:

Rose — a fresh face in the genre — surpassed A-list chart veterans Taylor Swift and Mariah Carey on the iTunes chart on her ascent. Before her chart success, she found popularity on TikTok. She vowed to be authentically herself as she uploaded videos of her singing, and that clarity drew fans in.

Though she’s only been active on the app since October, Rose has grown a loyal following, which yielded viral success. Two clips of her song “Villain” accumulated more than 4 million views and 2,000 shares on TikTok in less than a week.

Co-written with Kyle Clark and Mackenzie Carpenter, the relatable song encompasses being labeled the “bad guy” at the end of a relationship. At the time they penned “Villain,” Rose was just a year out of a breakup. It’s a theme they found common ground on — though all three writers are in healthy relationships now, they easily recalled the sting of former flames turned sour.

“Reputation was questioned, and things were put on the line,” Rose shares. “We were all kinda like, ‘Wow we’ve all been through that,’ and we wrote this song in about an hour-and-a-half.”

Rose best summarizes ”Villain” as a “superhero, Marvel-meets-Sam Hunt, Keith Urban country” song. It was the romantic aspect that struck her, though: “I never loved you / Found someone new, gave up too soon, but that’s half the truth / Want one of you,” she sings.

“I feel like those are kind of the three main bullet points when you break up with somebody, if they’re trying to taint your reputation,” Rose explains. “Those are the things they go after and I feel like we really nailed that down.”

Rose hopes listeners take away a bigger message, too: ”I have to make a conscious decision every day to take the high road, and truly what the song encapsulates. I think this song is a different kind of breakup song, because your reputation is the thing being questioned here, not you as partner or you as a future partner,” she says. “Social media has turned into our ‘small towns’ — just knowing who you are and staying true to it.”

The acoustic version of “Villain” is dear to her heart, because it’s deeply rooted in what inspired her about country music. “I didn’t grow up listening to country music,” she says. “I fell in love with it when I finally got my own car. You finally get control of your own radio and I feel like that’s when you come into your own.”

Now living in Nashville, Rose always envisioned following a similar path to acts such as Ben Rector and NeedtoBreathe, but country began calling her name. ”The acoustic version I love [because] it really shows off the country part of me, which a lot of [my songs] songs don’t,” she says. “They’re really pop-driven with the country undertones.”

For now, the singer is still wrapping her head around the magnitude of her song debut success, but she says she’s excited to continue to craft new songs and hopefully keep up the momentum. Her goal? To help people with whatever they need to feel through her lyrics.

“Whether it’s happiness, tears, empowerment, feeling seen, feeling heard … as long as we can reach as many people possible and make them feel the way that ‘Villain’ makes them feel or maybe the opposite feeling of that, that’s the goal.”