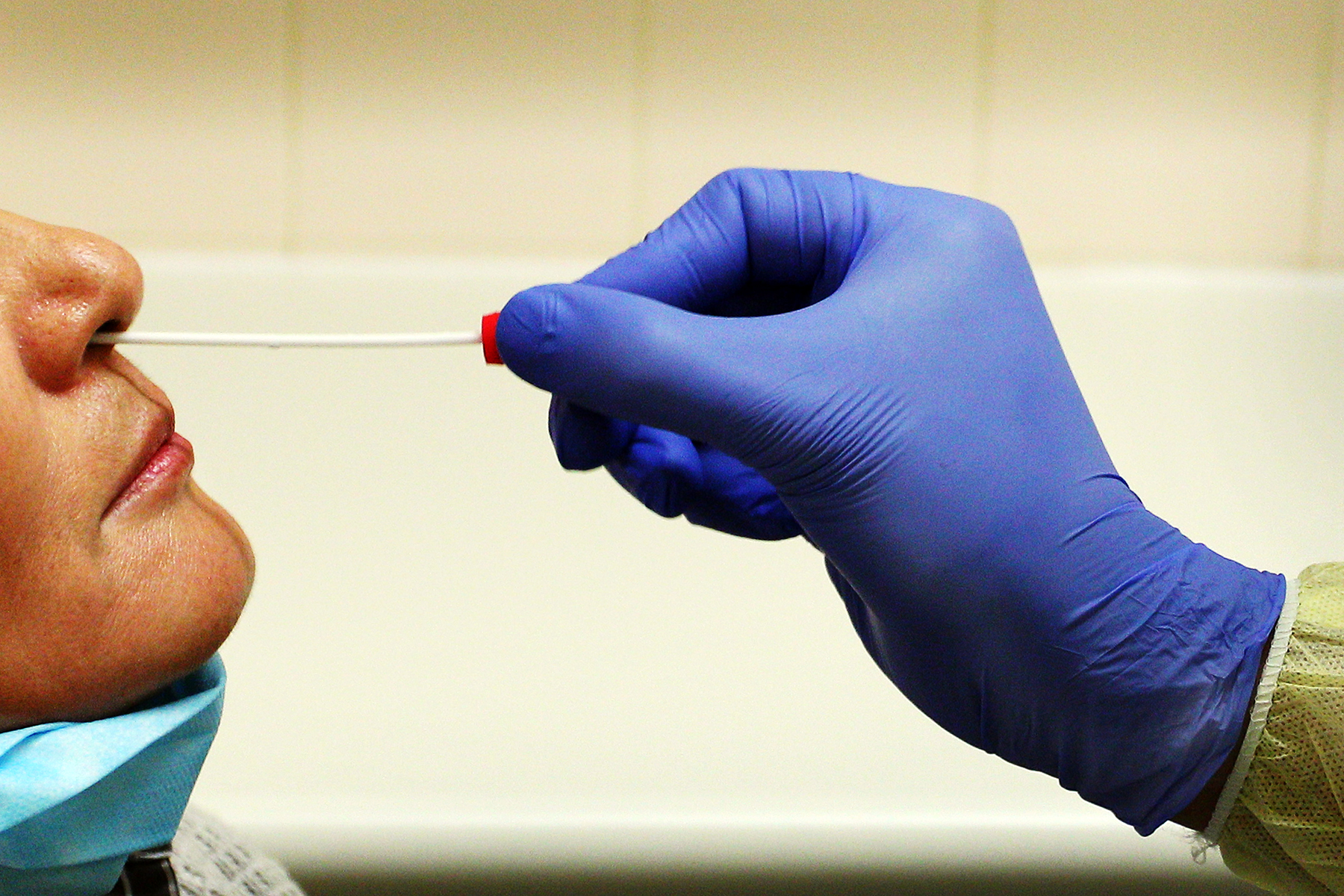 As we wrap up the year and we inch closer and closer to a Covid-19 vaccine becoming widely available, certain ephemera of the 2020 pandemic year will be relegated to the margins of history: Plexiglass dividers, face shields that say “Face Shield,” the rise of outdoor dining in subzero temperatures. Which is why now is the ideal time to commemorate the meteoric rise and soon-to-be rapid descent of the “nussy,” the unsung hero of 2020.

The rise of the Covid-19 nasal swab, however, has brought the nussy into the forefront, leading to millions of people sharing the novel experience of having an entirely new body part poked, prodded, and penetrated. As a result, it has become something of a meme on social media, with many sharing both the discomfort — and the unexpected pleasures — of hardcore nussy stimulation.

Me to my family: time for covid test!
Me in the gc: nussy railed

To an extent, the term “nussy” is little more than a joke, with the odd intimacy of the experience of getting a nasal swab — the lab technician staring deeply into your eyes, gently probing into one of your innermost crevices — serving as ample fodder for sexualization. But there’s also a not-insignificant number of people who actually kind of enjoy getting the Covid nasal swab, as I first learned from my friend Dan last summer, when he told me that the more coronavirus tests he got, the more he actively looked forward to getting another one. “I bet if you get it done 10 times you start to crave it,” he texted me. “Like an itch in the back of your throat that only a Covid swab can scratch.”

At first, I was highly skeptical of this claim. I had already had one Covid test, and I came away from it feeling like I was a chronically unfaithful spouse who’d just been tortured in Jigsaw’s basement. Then I spoke to Gabe Bergado, 27, who confirmed that he too enjoyed the occasional nussy play. “It’s kind of like when you eat something spicy and it clears your sinuses,” he told me last week. So did Abby Tannenbaum, who compared it to drinking LaCroix too fast and getting bubbles up your nostrils. “I was almost mad the most recent time I got a swab because I felt like they were too gentle,” she says. None of these people derived overt sexual pleasure from the nasopharyngeal swab (though there almost has to be a nasal fetishist or two out there who does), but they did report experiencing the same oddly satisfying sensation as a result.

It’s also perhaps not insignificant that there’s also a fairly substantial subgenre of ASMR videos focused on Covid nasal swabs on YouTube, in which comely young women dressed in scrubs (as well as the occasional young man) speak in soft, gentle tones and look deeply into the viewer’s eyes while appearing to administer nasopharyngeal swabs. The most popular of these videos, created by ASMR Darling, has well over a million views. Considering ASMR videos are largely used to induce feelings of relaxation or drowsiness, or to simulate some form of close personal contact between the creator and the viewer, there’s clearly a not-insignificant number of people who find the experience of getting swabbed anxiety-reducing, or approximating some semblance of intimacy, if not outright pleasurable.

Perhaps above all else, it’s the intimacy of the nasal swab — the close eye contact with the lab technician or nurse, the gentle head tilt that precedes it, and the delicate if insistent probing of the innermost recesses of your upper respiratory system — that carries some appeal. With so many of us deprived of regular human touch or contact, even a 10-second nasal swab carries with it some sense memory of fleeting human connection. I have a single friend who recently broke his arm skateboarding, and he had spent so much time alone by himself that he said sitting in the ER and talking to the nurses was one of the highlights of his year. In such a touch-starved climate, even the most brief, fleeting, and clinical interaction with a face-shielded stranger carries with it some promise of human connection.

Or, perhaps, we just really like saying the word “nussy.”