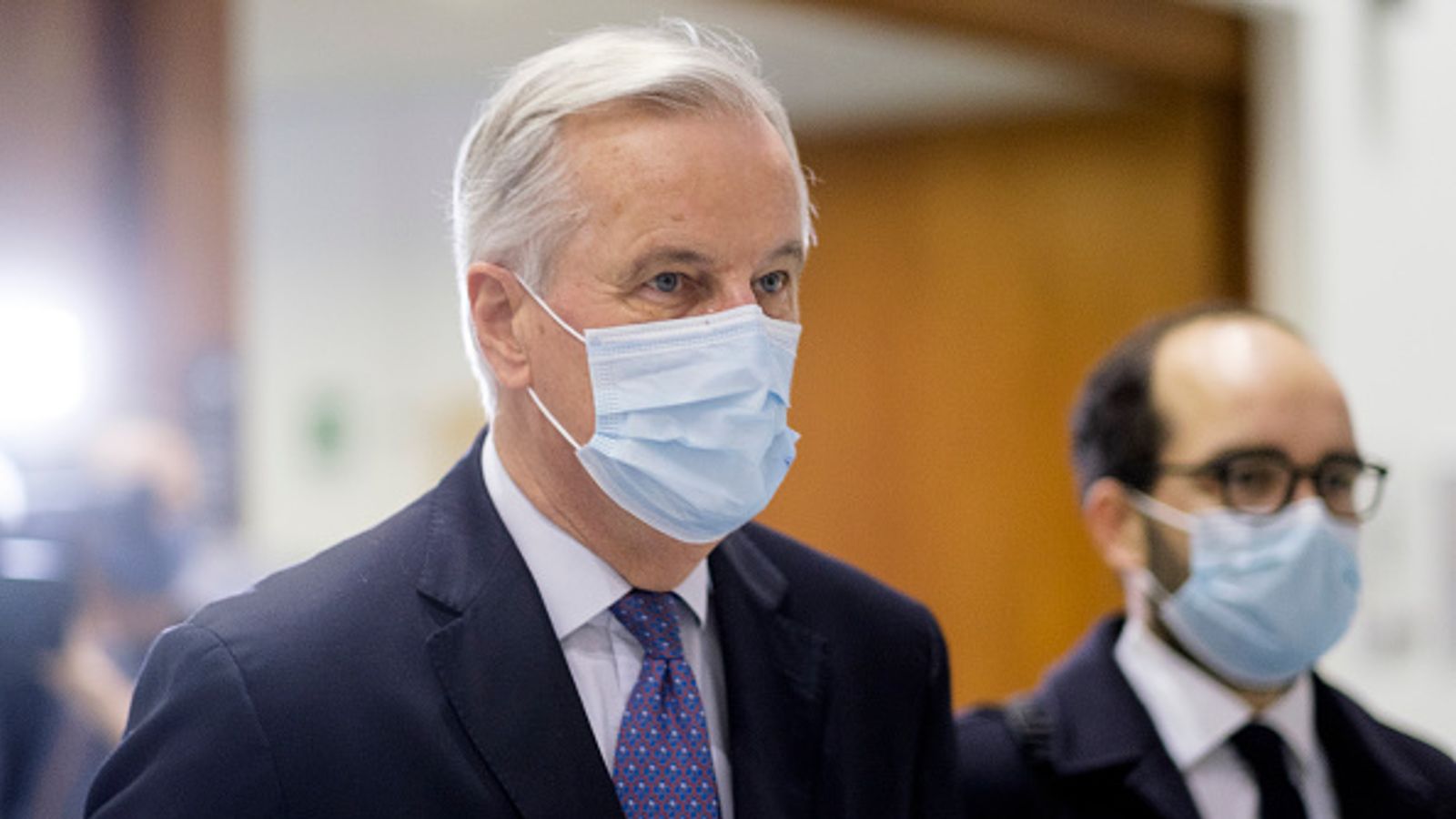 The post-Brexit transition period will not be extended, Downing Street says, despite growing calls for the deadline to be pushed back so the government can deal with spiking coronavirus cases and travel chaos.

A growing list of countries are banning travel from the UK because of a new COVID-19 strain and France has gone one step further by blocking all incoming accompanied trade, meaning hauliers and lorries are backed up in Kent.

Conservative MPs as well as senior figures from other parties, including Scotland’s First Minister Nicola Sturgeon and Mayor of London Sadiq Khan, have now called for the prime minister to request post-Brexit trade talks be pushed into the new year.

But Boris Johnson’s spokesman has ruled out any extension of the transition period, saying it is due to end on 31 December and “that remains the government’s position”.

Speaking at a Downing Street news conference after chairing an emergency meeting of the government’s COBRA committee, the prime minister said the status of the talks was “unchanged”.

“There are problems,” Mr Johnson said.

“And, it remains the case that WTO terms [no-deal] would be more than satisfactory for the UK.

“And we can certainly cope with any difficulties that are thrown in our way.

“Not that we don’t want a deal, but WTO terms would be entirely satisfactory.

“Prosper mightily remains an extremely good description of life after 1 January either way.”

But his official spokesman has ruled out any extension of the transition period, saying it is due to end on 31 December and “that remains the government’s position”.

Chief negotiators Michel Barnier and Lord Frost met in Brussels on Sunday – the day the European Parliament said a deal needed to be done to ensure it could be signed off before the transition period ends on 31 December.

But they failed to reach a breakthrough, with a UK government source describing the situation as “difficult” with key differences remaining on fishing and state aid for business.

Ms Sturgeon said Britain faced a “profoundly serious situation” with the new mutation of COVID-19, which “demands our 100% attention”.

It’s now imperative that PM seeks an agreement to extend the Brexit transition period. The new Covid strain – & the various implications of it – means we face a profoundly serious situation, & it demands our 100% attention. It would be unconscionable to compound it with Brexit.

“It would be unconscionable to compound it with Brexit,” she tweeted on Sunday night.

“There’s no parliamentary time to scrutinise and agree a deal and daily clarity of the dangers to our already pressured economy of no-deal is alarming,” he tweeted. “Time for maturity.”

And another backbench Conservative, Tobias Ellwood, made a similar urge, saying: “If there’s no deal by new year, let’s do what’s best for the UK & pause the clock.”

“Securing our key supply chains and fighting the coronavirus pandemic requires the full and undivided efforts of ministers more than ever before,” he added.

But in contrast, Labour leader Sir Keir Starmer said he did not want an extension to the transition period – but instead hoped the prime minister would get a trade deal.

“I don’t want the extension, I want the deal,” he said on Monday.

“Get that deal over the line today or tomorrow, don’t delay. People were promised a deal and you must deliver that deal.”

Sir Keir did warn that no-deal would be a “very, very bad outcome and a complete failure of the government”.

In this crucial moment for the
🇪🇺🇬🇧 negotiations, we continue to work hard with @DavidGHFrost and his team.

The EU remains committed to a fair, reciprocal & balanced agreement. We respect the sovereignty of the UK. And we expect the same. (1/2)

A string of EU countries, including Germany, Italy, the Netherlands, Austria and Ireland, have all restricted travel to the UK over concerns about the new strain – thought to be up to 70% more transmissible.

The Port of Dover has been closed to all traffic – both freight and passengers – amid the French travel ban.

It comes as EU chief negotiator Mr Barnier has said Brexit trade talks are at a “crucial moment”.

The UK side has accused the EU of making “unreasonable demands” on fishing rights and competition rules.

Sources have warned there will be no deal unless there is a “substantial shift” in position from the EU.

Health Secretary Matt Hancock told Sophy Ridge on Sunday: “We want these talks to reach a positive conclusion. I think everybody wants a deal.

“Unfortunately, the EU have put in some unreasonable demands. I’m sure that a deal can be done but obviously it needs movement on the EU side.”

Originally, the EU claimed there would need to be an agreement by 20 December if EU leaders were to have time to ratify it by the end-of-year deadline.

If a deal does come later, EU rules would allow leaders to sign it off provisionally, but delay ratification until 2021.

But if there is no agreement by New Year’s Eve, the UK will leave the single market and customs union and have to trade with the EU on World Trade Organisation terms – which risks the imposition of tariffs and the price of goods going up.