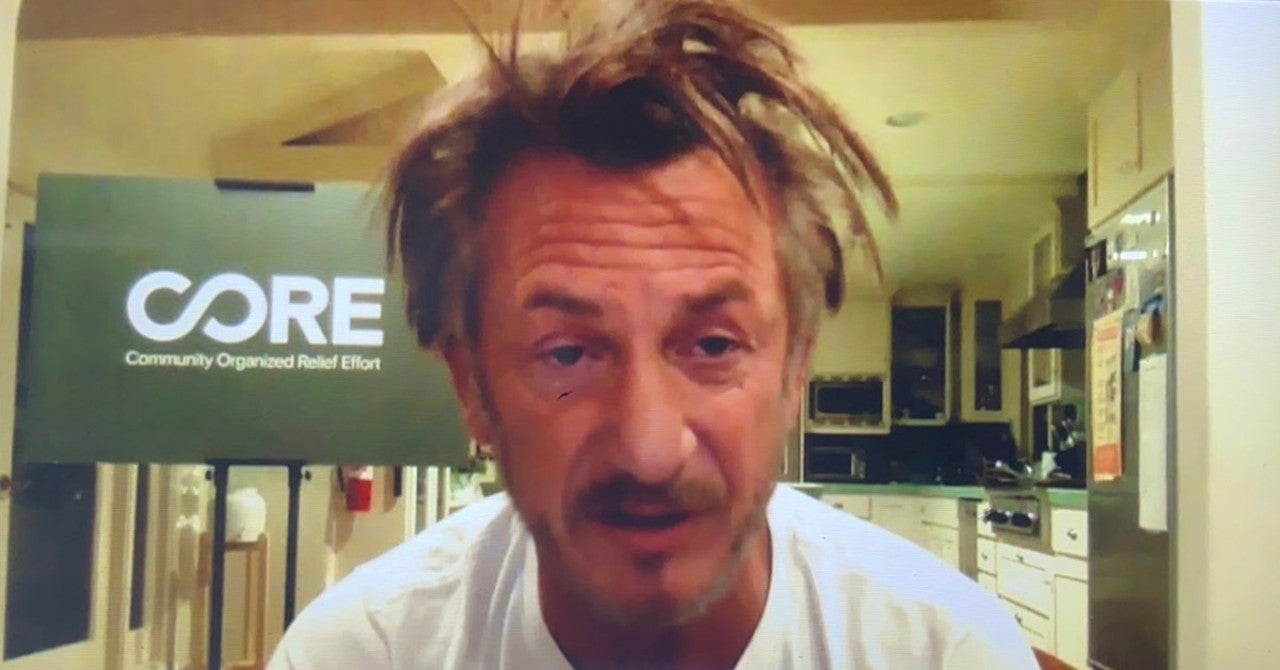 Sean Penn may have just captured the heart of a nation – and maybe the world with his recent appearance on MSNBC’s Morning Joe news talk show. Penn appeared on a segment with host Joe Scarborough to help bring awareness to CORE (Community Organized Relief Effort), a non-profit that’s currently helping in the fight against the COVID-19 pandemic. However, movie fans are no stranger to Sean Penn‘s activism efforts – however, few have ever seen him looking like this. Penn showed up on Morning Joe looking quite sleepless with unkempt hair. Well, rather than face criticism or backlash for not maintaining celebrity-style glam, Sean Penn is now being deemed to have THE look that defines 2020!

Scroll below to see why so many people are feeling Sean Penn’s wild-haired 2020 look, right now.

Bigger Things to Worry About

I love Sean penn! He’s too busy helping Americans through this pandemic
And doesn’t give a shit
About his hair🙏💙 @SeanPenn and CORE pic.twitter.com/a6ZLOT6GBC

If there’s nothing else we learned in 2020, it’s that there are definitely bigger concerns to have than how we look. Sean Penn is just way ahead of that curve.

Sorry I missed Sean Penn on #MorningJoe. Congratulations on being the Look of 2020, Sean!

What? That’s not a real award. It should be. Dude perfectly captured the “zero fucks left to give” look. pic.twitter.com/RJwxGfbcgG

It’s awards season right now in Hollywood – but are we really considering all the right criteria in 2020???

One For The History Books

In future history books, chapters on 2020 should all begin with this picture of Sean Penn. pic.twitter.com/0hDswgHqv9

The 2020 chapter of the history books would do well to keep this picture on their pages. It says so much, in just one image.

Sean Penn is everyone on the West Coast who has ever gotten an early morning video call from someone on the East Coast. 😳 pic.twitter.com/zeaZBcqzkN

We suddenly feel like West Coasters have a major axe to grind.