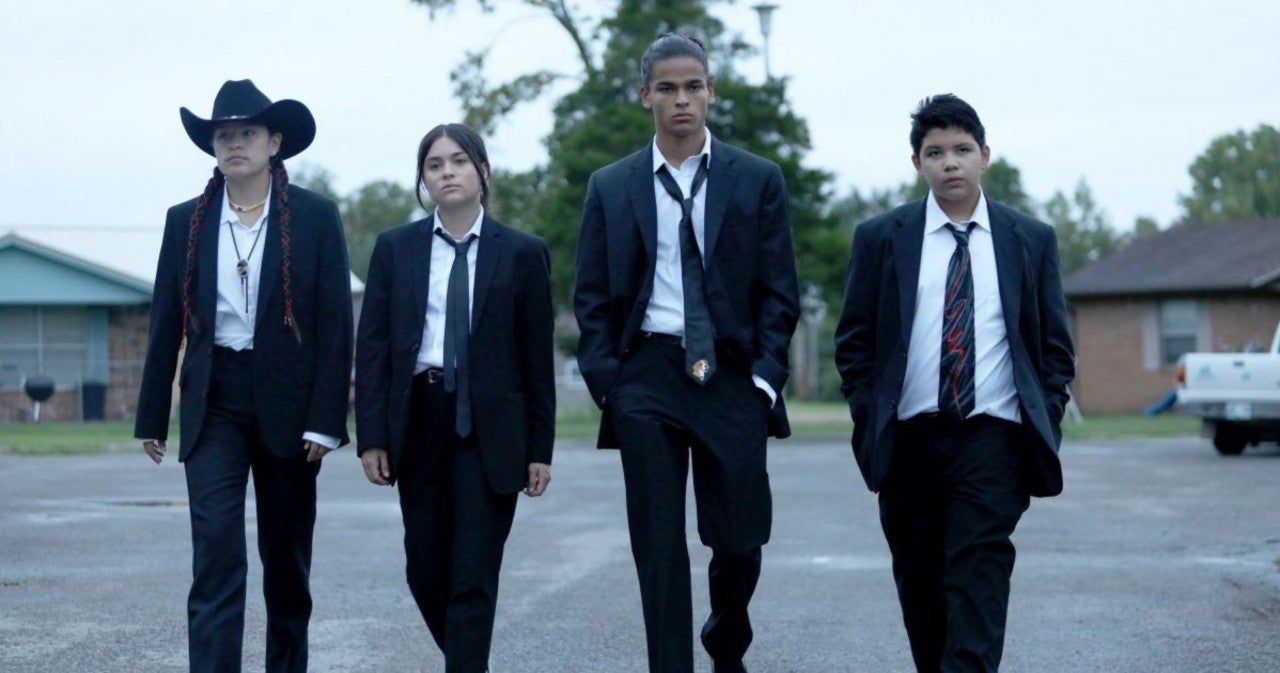 Fresh after being spotlighted during Disney Investor Day, FX has given a series order to the Native American comedy Reservation Dogs from Sterlin Harjo and Taika Waititi. Deadline brings word of the pickup. The pilot episode of the series was co-written by Harjo and Waititi with the former also directing it. Reservation Dogs stars D’Pharaoh Woon-A-Tai (Creeped Out) as Bear, Devery Jacobs (American Gods) as Elora Danan, Paulina Alexis (Beans) as Willie Jack and newcomer Lane Factor as Cheese. No official premiere window was given in the report but FX previously said it would debut in 2021, and like other originals would be available on Hulu.

Harjo adds: “As longtime friends, it was only natural that Taika and I found a project together, and what better than a show that celebrates the complementary storytelling styles of our indigenous communities – –mine in Oklahoma and Taika’s in Aotearoa? We’re thrilled by the opportunity to tell the Reservation Dogs’ story with our amazing cast and crew, Garrett Basch, and the whole team at FX.”

The series is described as follows: “Reservation Dogs, a new half hour comedy, coming-of-age story about four Native American teenagers growing up on a reservation in eastern Oklahoma who spend their days committing crimes… and fighting it.”

Furthermore FX is developing the first series adaptation of the science-fiction horror classic Alien and is in advanced talks for a two-season order of The Stones, a drama series about the world’s greatest and most enduring rock ‘n roll band, The Rolling Stones. FX will also embark on one of its most sweeping, sophisticated and adult series with the retelling of James Clavell’s beloved epic saga, Shōgun, set within feudal Japan.