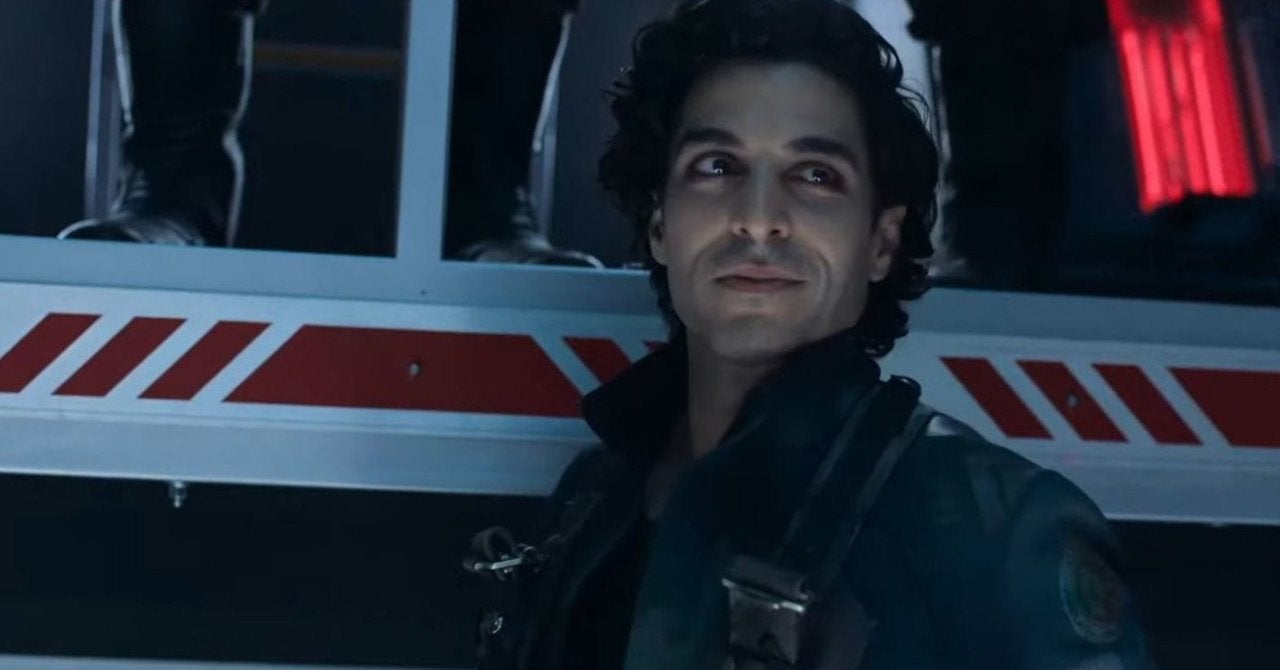 The Expanse returned to Amazon Prime with the first three episodes of its fifth season last week. The third episode, directed by Thomas Jane, ended with a shocking event as an asteroid struck Earth. ComicBook.com can now reveal an exclusive clip from this week’s new episode of The Expanse, “Gaugamela.” The clip shows Marco Inaros (Keon Alexander) introducing the Free Navy to the system and claiming responsibility for the attack on Earth and another attack on Mars. You can watch the clip above. Ahead of the show’s season five debut, ComicBook.com spoke to The Expanse‘s creators about Marcos Inaros’ role in the show’s final two seasons.

“There have been a lot of folks who have looked at Marco Inaros and thought we were making some pointed comment about contemporary political leaders,” said Daniel Abraham, co-author of The Expanse novels and executive producer of the television series. “But in point of fact, we were drawing from pre-classical history. It’s just that this guy keeps showing up, this charismatic, charming, ambitious, audacious, immoral leader.”

Co-author and executive producer Ty Franck added, “I kept bringing up the power of audacity, that people like Alexander the Great won battles against much, much, much superior, numerically, forces just because he was audacious. He would do things that nobody else would do. He would take risks nobody else would take. And so he was constantly surprising these larger forces. You pull that forward, and you create that character who’s just more audacious than everybody else. He’s willing to take risks nobody else will take, and people go, ‘Oh, that seems like this current thing.’ And no, that guy existed 3000 years ago. But, but I think more than anything else, you have to understand why people follow him, and I think the trick of the season was crafting a character that does what we consider terrible things, but you absolutely understand why he has followers. You understand why people are loyal to him. That’s the tricky part.”

Keon Alexander, the actor who plays Inaros, doesn’t necessarily see the character as a villain. “I think in any of us, if we were to look deeper into somebody that we use that V-word on — and no, I don’t see [Marco] as that — if we were to look deeper into anyone that we’ve villainized, anyone that we’ve decided to see two-dimensionally, we could, if we were willing, see the human heart and the human needs behind it that are driving them. And even within our own families, differing opinions exist there because humans are different and choose different avenues. But at the heart of it, we are all humans trying to get by and do the best we can in this life, and I think that viewers are going to be really surprised about the different layers to Marco, as a father, as a leader, as a human, as a lover. And I hope that people will really question the use of that word, even though he is willing to take certain measures that we may not agree with. And I keep thinking back to the different heroes that we have in our history books and how we really focus on what they were able to achieve and what repercussions those achievements have for us as a society. But we don’t often get taught about what it took them to get there, what sacrifices they had to make, and how dirty it got, or how violent it got. And so I think if we were to take a more 360 approach to our history and to human beings, we would probably see that it’s not just black and white.”