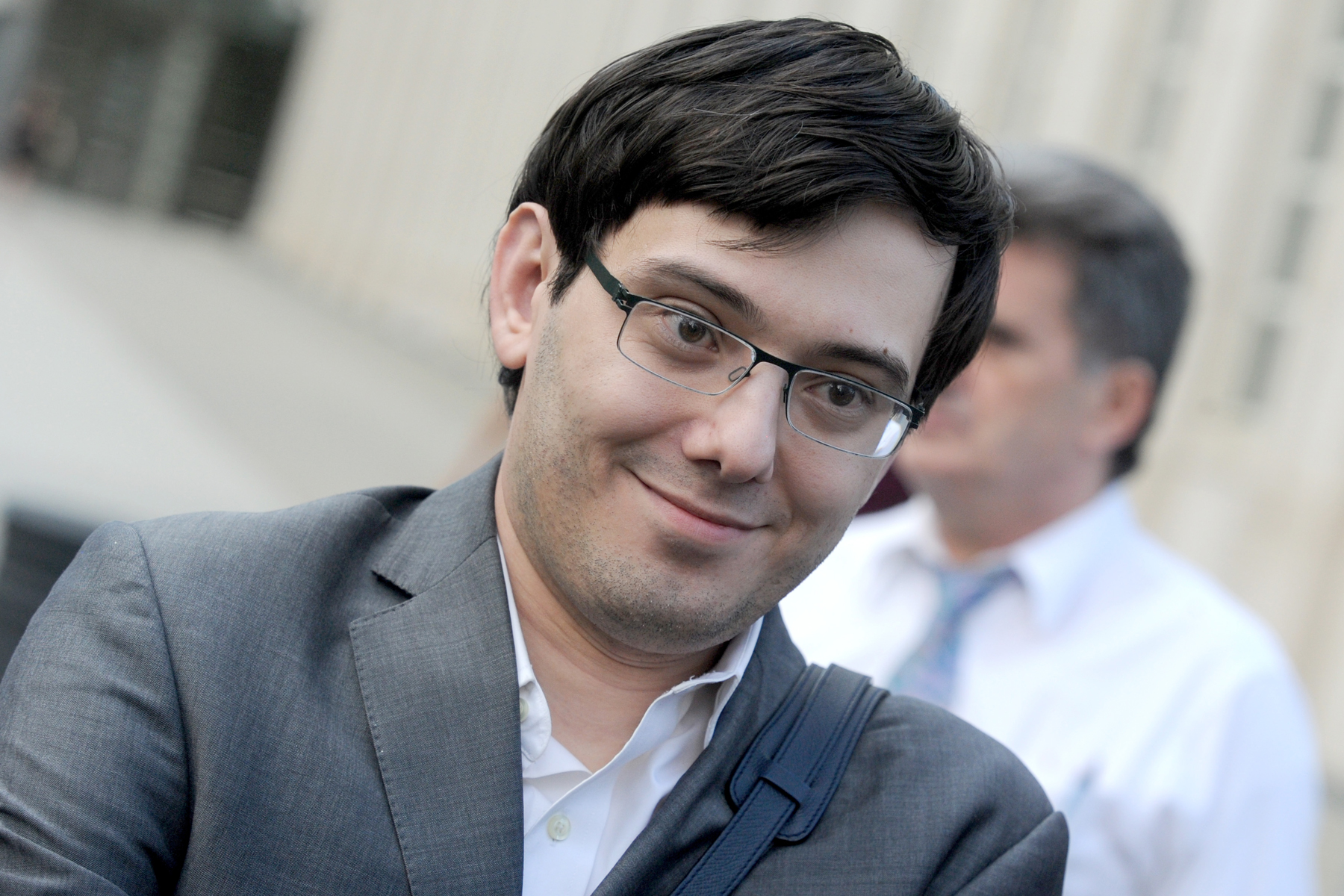 On the Netflix series The Unbreakable Kimmy Schmidt, Laura Dern plays Wendy Hebert, a woman who is inexplicably in love with Richard Wayne Gary Wayne (Jon Hamm), a charismatic sociopath serving time for kidnapping and enslaving four women, including the eponymous character, who is his ex-wife. Wendy is sweet, beautiful, and well-educated, and part of the crux of the episode is Kimmy trying to figure out what attracts her to the boorish Reverend. As it turns out, Wendy has a history of trauma, leading her to be attracted to abusive or chronically unfaithful men. Kimmy finds herself debating over whether to “fix” her by refusing to sign divorce papers, or to give in and let Wendy make her own mistakes for herself.

I was reminded of this episode when I read writer Stephanie Clifford’s recent piece in Elle, “The Journalist and the Pharma Bro,” which profiles Christie Smythe, a former Bloomberg News reporter who covered the so-called “pharma bro” Martin Shkreli, who was sentenced to seven years in prison for fraud, before falling in love with him. The piece chronicles, in stomach-rending detail, the utter collapse of her life as she knows it. Due to her relationship with Shkreli, Smythe loses her job. She loses her marriage. And, in a gut punch that Clifford reserves for the end of the piece, she loses Shkreli as well: upon learning about the Elle piece, he abruptly cuts off contact with her. “Mr. Shkreli wishes Ms. Smythe the best of luck in her future endeavors,” he says in a chilly statement to the magazine, a phrase sure to be ironically cited in breakup texts for months to come.

Save Our Stages: How an Industry Hail Mary Became Live Music’s $15 Billion ‘Lifeline’

For the Record: How to Clean and Care for Your Vinyl Collection

Bruce Springsteen on Making ‘Born to Run’: ‘We Went to Extremes’

“The Journalist and the Pharma Bro” is a compulsively entertaining but uncomfortable read that borders on tragedy porn, with each new paragraph containing another careening twist or plummet in Smythe’s roller coaster of a life with Shkreli. It doesn’t help matters that she gets the upscale glossy lifestyle magazine treatment, swanning on Elle‘s glossy pages swathed in an upscale designer dress. (Full disclosure: I have written for Elle and worked for its parent company Hearst in the past.) Captions like, “Smythe says she will wait for Shkreli while he serves the remaining years of his sentence. Dress. The Vampire’s Wife. Earrings, Altuzarra” underscore the odd cognitive dissonance of seeing a disgraced journalist and newly dumped prison girlfriend being subject to the same treatment as a celebrity like Kerry Washington or Zendaya.

Perhaps the most discomfiting aspect of the piece, however, is just how deeply fragile Smythe seems. Though her motives for speaking to Clifford are clear — she is interested in optioning the film rights to a potential book about the story of her relationship with Shkreli — the fact that she chose to speak to a reporter in the first place seems like yet another brick on an endlessly self-sabotaging road. This impression is undercut by the gut punch of the revelation that Shkreli is no longer speaking with her, followed by the final paragraph of the story, in which Clifford reads Shkreli’s statement back to Smythe:

“I can’t gauge Shkreli’s motive, and ask Smythe what she thinks. ‘That’s him saying, You’re going to live your life and we’re just gonna not be together. That I’m going to maybe get my book and that our paths will’ — she sighs — ‘will fork.’ She tears up…. Watching Smythe, I finally realize her motive for telling her story. She wants Shkreli, and hopes putting their love on the record might at last give her some power in the relationship. ‘He bounces between this delight in having a future life together and this fatalism about how it will never work,’ Smythe says. ‘It’s definitely in the latter category now.” Sitting in her basement apartment, her eyes wet, her voice quavering, she says she will continue to wait for him while he serves the remaining years of his sentence: ‘I’m gonna try,’ she says. ‘I’ll be here.’ ”

Let’s assume that Clifford is correct, and Smythe’s motive is indeed a kind of romantic Hail Mary. What kinds of questions should’ve been asked about this in the editing process? Just as Shkreli used Smythe as a tool to broadcast his own message in the press, is it OK for Smythe to arguably use Clifford as a tool to get Shkreli back into her life? Everyone has an agenda, and all subjects’ agendas are different, but given the havoc Shkreli has already wrought on Smythe’s life, it’s possible Smythe could’ve benefited more from extensive therapy than from being draped in designer clothing in the pages of a glossy lifestyle magazine.

In her own response on Twitter to the Elle piece, Smythe seems satisfied with how her story was told. “Going public is such a relief, no matter what people think. You have no idea how hard it is to keep this kind of a story bottled up. So messy and complicated. I’m glad it was told well,” she wrote. Yet the title of the piece, “The Journalist and the Pharma Bro,” is telling. It echoes that of Janet Malcolm’s seminal work The Journalist and the Murderer, which tells the story of a legal battle between a convicted murderer and a star reporter but is, at heart, an exploration of whether journalism can ever truly be ethical. “Every journalist who is not too stupid or too full of himself to notice what is going on knows what he does is morally indefensible,” Malcolm’s book opens. “He is a kind of confidence man, preying on people’s vanity, ignorance, or loneliness, gaining their trust and betraying them without remorse.”

Smythe endorsed the piece about her and Shkreli, but just by virtue of it leading to her losing the one semblance of support she had in her life, “The Journalist and the Pharma Bro” has effectively wrought irreparable damage on its subject. And one wonders what kind of piece it would have been had it engaged with that quandary even slightly more — had it wrestled with questions of subjects’ agendas versus journalists’ agendas, and what should happen when someone on either side wants a piece published for the wrong reasons.

At the end of the Unbreakable Kimmy Schmidt episode, Kimmy ultimately realizes that while she can’t “fix” Wendy, she can refuse to sign the divorce papers, effectively preventing Wendy and Richard from getting married. The decision to do so doesn’t “fix” Wendy, who is predictably enraged, but it does demonstrate a crucial aspect of Kimmy’s character: her ability to empathize with others and desire to try to save them from themselves. It’s an open question as to how the Shkreli piece would’ve changed, or if it would have been published at all, had Elle extended a similar courtesy to its subject.