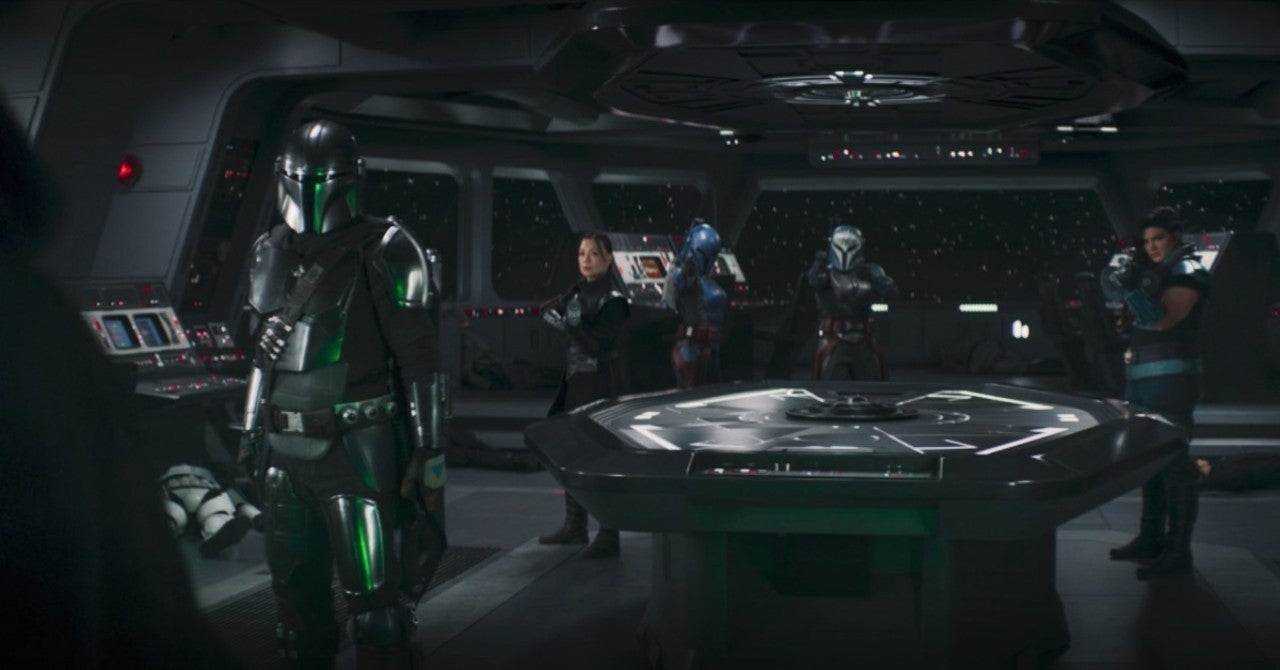 The Mandalorian season 2 finale is officially one of the highest-rated pieces of Star Wars content that’s ever been released on the screen. And aside from that epic Luke Skywalker cameo, there’s one thing that fans really loved about the finale episode: The Avengers-style team-up of Star Wars warriors (Din Djarin, Boba Fett, Bo-Katan Kryze, Cara Dune, Fennec Shand, and Koska Reeves) who combined their efforts to take on Moff Gideon and rescue Baby Yoda. Now that fans have seen what it is to have some of Star Wars’ elite warriors team-up for a major mission – they want more of it – and rightly so.

Looking back now, The Mandalorian season 2 built its case steadily over the course of the seasonal arc. First, there were team-ups between Din Djarin and some fan-favorite Star Wars characters like Ahsoka Tano (Rosario Dawson), Bo-Katan (Katee Sackhoff), and Boba Fett (Temuera Morrison). That led to a small Avengers-style episode in the penultimate episode of the season, which also brought back Bill Burr’s Mayfeld from season 1. We even got a breakout new character with Timothy Olyphant’s Cobb Vance in the season 2 premiere. The Mandalorian season 2 was all about team-ups, so it was only fitting that the biggest and best squad-up moment was saved from the finale.

Star Wars movies have given us a lot of big battles with major characters involved – but the conflict is split across two or three different battlefronts (your basic Original Trilogy formula). The Prequel Trilogy went for big event battles with many lightsabers and blaster lasers everywhere. Rogue One and Solo tried for more of a team-up dynamic between elite soldiers and/or criminals – but neither film got to play with characters on the level that the Mandalorian has access to.

The Star Wars animated series (Clone Wars, Rebels) and games (Battlefront) certainly knew how to have fun with bringing prominent characters together for big “event” battles (see: Clone Wars final season), but the caveat there is that only a certain sector of the franchise experienced it. Part of the deep-cut joys of The Mandalorian season 2 is how fans of the animated shows and/or canon games got even richer joy out of seeing similar big team-up events and fights unfold on a mainstream, live-action stage. Star Wars animation guru Dave Filoni had no small hand in that conversion – and now fans want more of it.

With Disney revealing an entire line of new Star Wars series for Disney+, there are so many more opportunities for major character team-ups and crossovers – especially if new characters continue to breakouts, as well. Ming-Na Wen’s Fennec Shand already has The Mandalorian and two upcoming series to play a role in (The Bad Batch animated series and Book of Boba Fett spinoff). So that character alone is already becoming a major crossover magnet…

What other Star Wars character team-ups would like to see? Let us know in the comments!

The Mandalorian season 2 is now streaming on Disney+