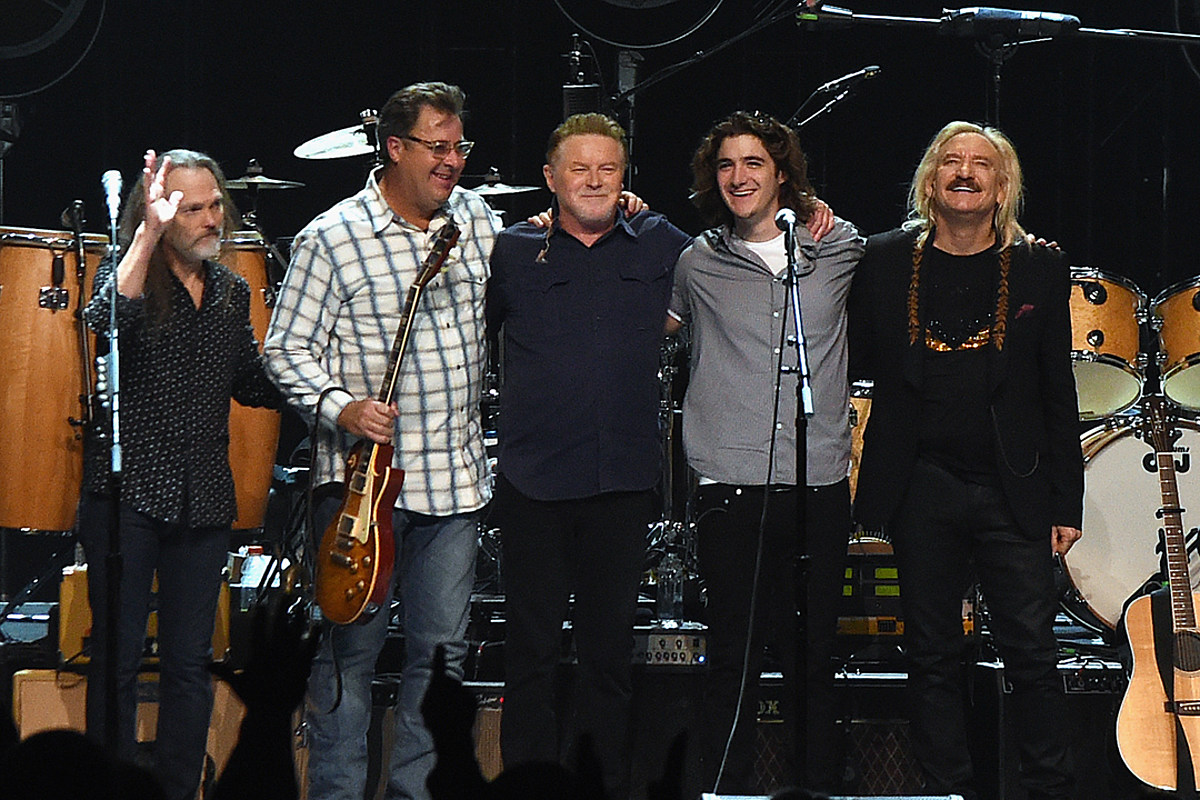 Vince Gill is best known for his exceptionally pure tenor as a singer of some of country music’s most emotional ballads, but as it turns out, he can rock it up when he needs to. The country superstar turns up the volume on a version of “Heartache Tonight” from the Eagles‘ new live album, and he pulls it off surprisingly well.

“Heartache Tonight” is perhaps the song that’s the biggest stretch for Gill in the songs he took over from the late Glenn Frey when he joined the Eagles in 2017. Most of the other songs he sings in the iconic group’s live shows are better suited to his own approach, including “New Kid in Town,” “Lyin’ Eyes” and ”Take It to the Limit,” but — just as Glenn Frey himself did on the original recording from 1979’s The Long Run — he forces an edge to his upper range in the performance below, from the Eagles’ new Live From the Forum MMXVIII package.

Gill surprised both his fans and Eagles fans when he joined the group in 2017, following Glenn Frey’s death in 2016. Gill and Frey’s son, Deacon, joined classic-era members Henley, Timothy B. Schmit and Joe Walsh in a new lineup that has toured ever since, and both Gill and the younger Frey make their recorded debuts with the group on the new album, which the Eagles released on Oct. 16.

In a recent interview at the Musicians Hall of Fame and Museum in Nashville, Gill says he understands the criticism he’s received from some Eagles fans: ”It’s different, and it’s not as good as the original,” he states.

“I don’t sing like Glenn, and I don’t pretend to,” Gill adds. “I see a lot of people making negative comments about me being in that band … I get it. It’s my favorite band, too. I don’t want to hear me sing ‘New Kid in Town,’ but the other option is not possible. So I’m just trying to do my part to keep some great songs afloat.”