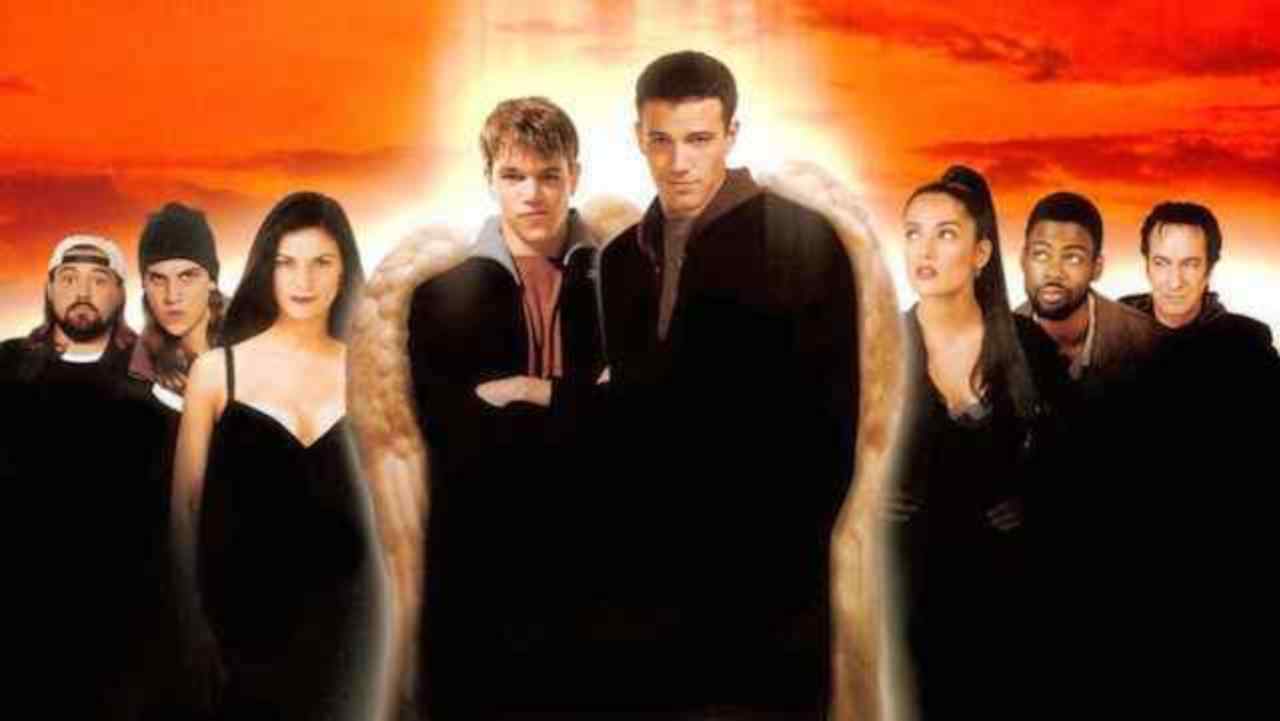 We love it when Kevin Smith shares throwbacks from his films! Not too long ago, the director unearthed some old Clerks “artifacts,” and now he’s showing off some good throwbacks from his Dogma days. Smith took to Twitter today to share an old floppy disk, which reveals the original title for the 1999 comedy. According to the post, Dogma was originally supposed to be called God: The Movie.

“I discovered another 1990’s floppy disk containing a rare relic. Before I started calling the flick DOGMA, it was called GOD: THE MOVIE. This disk contains the earliest rumblings of what would one day become my 4th film. This was started slightly before I finished writing CLERKS,” Smith revealed. You can check out the image in the post below:

I discovered another 1990’s floppy disk containing a rare relic. Before I started calling the flick DOGMA, it was called GOD: THE MOVIE. This disk contains the earliest rumblings of what would one day become my 4th film. This was started slightly before I finished writing CLERKS. pic.twitter.com/Pg8JvpvN8W

This is not the director’s only Dogma-related post from the week. Smith also took to Instagram on Sunday to show off a photo of him and Jason Mewes wearing Buddy Christ holiday sweaters. They are currently on sale on Fun.com for $29.99. You can order the sweater here.

Last year, Smith revealed why Dogma is not available to stream anywhere. “Dogma is personally owned by Bob & Harvey Weinstein, who bought the film from Disney in 1999 and licensed it to Lions Gate (for theatrical) and then Sony (for home video). But those deals pre-dated streaming and have lapsed. Bummer, as 2019 is the 20th anniversary of our release,” Smith explained on Twitter.

While we haven’t heard any talk of Smith reviving Dogma, the director does have plans for a Mallrats sequel as well as a third installment to the Clerks franchise. ComicBook.com recently interviewed Smith at his Mooby’s pop-up in Red Bank, New Jersey and he shared that he’s hoping to start filming Twilight of the Mallrats in 2021.

“2021 is what we’re hoping for,” Smith revealed. “And we’ve been engaged deeply with the good folks at Universal a week-and-a-half ago. It took another very positive step forward. So I mean, it feels like it’s going to happen. Now the big question is, how does it happen?”

Clerks is currently available to stream on HBO Max.

Emily Nenni Invites You to Join Her ‘On the Ranch’ on New Song
Holy Sh*t. Senate Actually Passed a Climate Bill
Sunak promises ‘hundreds of pounds’ more for each household’s energy bills as Truss refuses to commit to extra support
Campaigners call for 25p cut in fuel duty to ease cost of living crisis
Old letters spark recollection of a dysfunctional family, a foster care childhood, and one enduring love