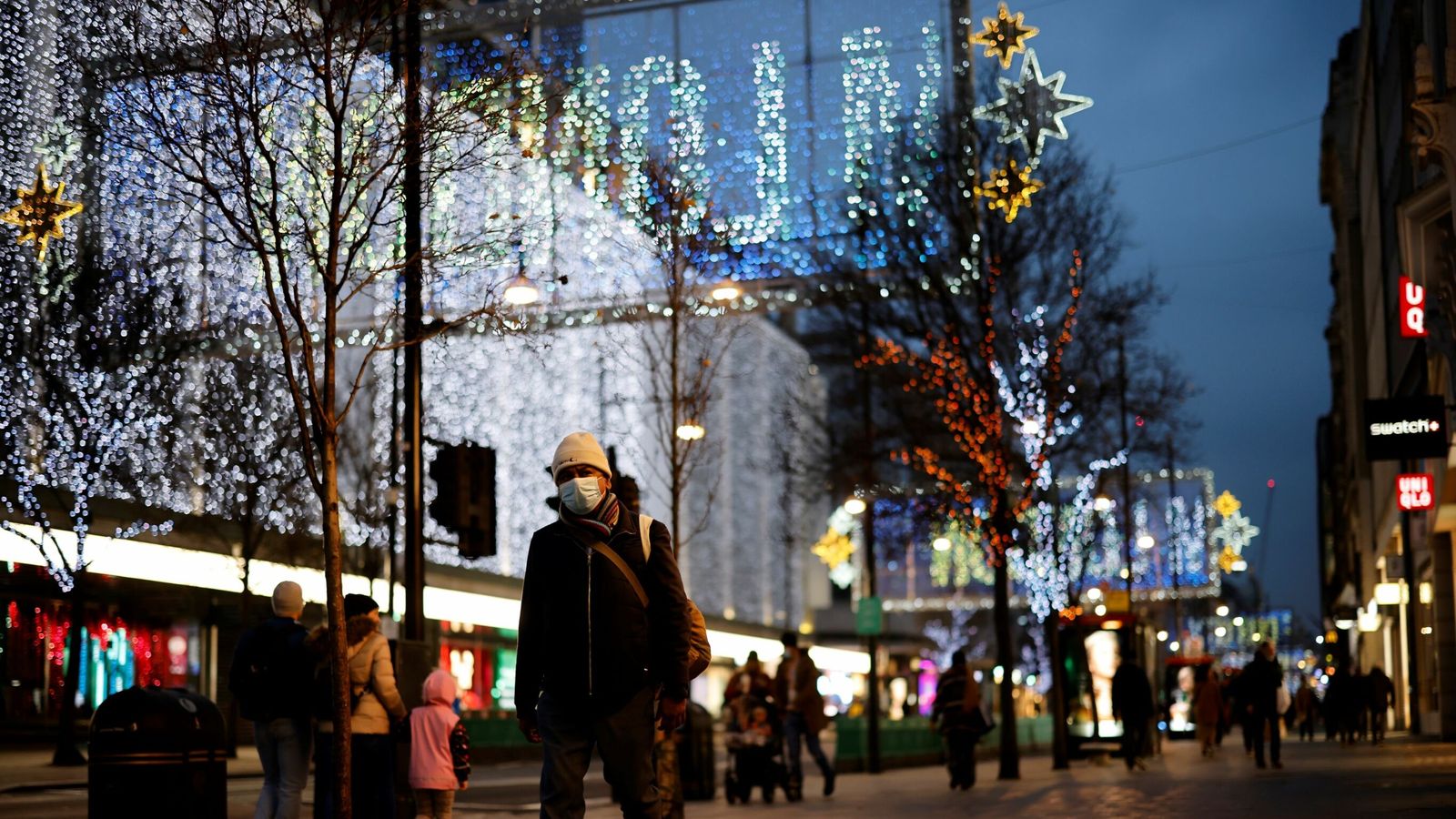 More areas could be moved into Tier 4 after Christmas given the “very worrying” new coronavirus variant, a cabinet minister has told Sky News.

Communities Secretary Robert Jenrick said the mutation “is very concentrated in London and the South East”, where full lockdown measures are already imposed.

“We’ve now had time to think again about whether further action is required in other parts of the country, and that’s the decision the prime minister and other ministers will need to take in the next couple of days,” he explained.

“The new variant is much less prevalent elsewhere, but there is rising evidence that you can find it in a range of other parts of the country.

“So the question is, whether we should take action to try to head that off?”

Mr Jenrick also suggested the “Christmas bubbles” plan for all those living outside Tier 4 could be tweaked even further, saying: “If we need to change that in light of the new variant, then we won’t hesitate to do so.”

But he later clarified it was “very unlikely” there will be changes, telling BBC Breakfast: “There is absolutely no plan to do so. People should go about their Christmas as they were planning to do so.”

A meeting is going ahead this morning to discuss whether more areas should move into Tier 4.

Sir Mark Walport, the government’s former chief scientific adviser, said: “It’s very likely the degree of restrictions is going to have to go up in other parts of the country… Measures are going to have to be pretty tough.”

Some areas near Tier 4 locations with high case rates could be moved up but there is no set timeline for when those changes could take place, according to a government source.

In 17 more areas, including Newcastle, Bristol and Boston, quick turn-around lateral-flow community testing is to be rolled out.

“They are the areas where the virus is strongest,” Mr Jenrick told Sky News on Wednesday.