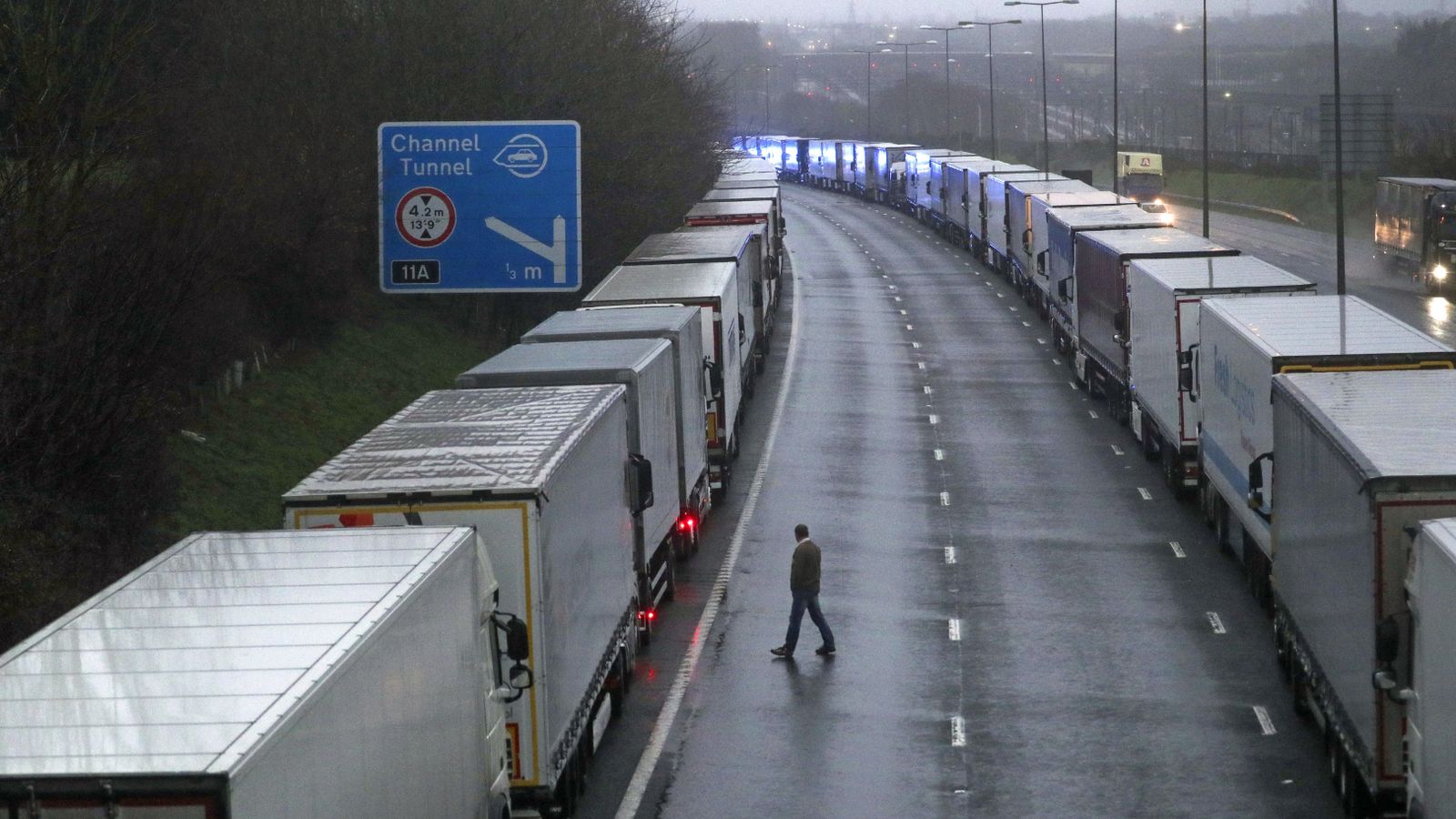 The British Retail Consortium has warned that there could be supply issues for some fresh goods until the backlog of trucks at Dover is cleared.

Thousands of trucks have been stranded in Dover after France closed its borders earlier this week in reaction to a new highly-infectious coronavrius variant confirmed in the UK.

The closure has stopped the movement of some goods, including fresh foods, between Europe and the UK.

But the UK and French governments have reached a deal to reopen the border between the two countries to hauliers and some passengers from today – if they test negative for COVID – but the backlog of lorries waiting to make the crossing could take days to clear.

Andrew Opie, director of food and sustainability at the British Retail Consortium, said the deal was “good news for consumers” but added that it was “essential that lorries get moving across the border as quickly as possible”.

“Until the backlog is cleared and supply chains return to normal, we anticipate issues with the availability of some fresh goods,” he said.

Supermarkets have sought to reassure customers, advising them to shop normally, despite Tesco and Sainsbury’s warning on Monday that there could be shortages of products including lettuce, cauliflowers and citrus fruit if transport ties with the continent were not restored quickly.

Many supermarkets have had limits on some high-demand items, such as toilet rolls and handwash, at various stages of the pandemic.

Tesco has had a three-item limit on a few essential items for several months but this week it has resumed a limit of one item per customers for toilet toll, and up to three products of eggs, rice, soap and handwash.

The limits are understood to be pre-emptive measures aimed at smoothing demand, rather than a reaction to change in buying behaviour or product shortages.

Waitrose said its stock levels “remain strong” and it is continuing with limits on a “very small number of products online”.

Morrisons and Aldi both said they had no plan to introduce limits, with Aldi adding that its stores were “fully stocked”.

Sainsbury’s said it was not restricting products, adding: “We have good availability and encourage customers to shop as normal.”

Work is under way to deploy quick-turnaround tests in order to release more than 2,800 lorries that have been trapped in Kent, but the queues built up around motorways could still take days to clear.