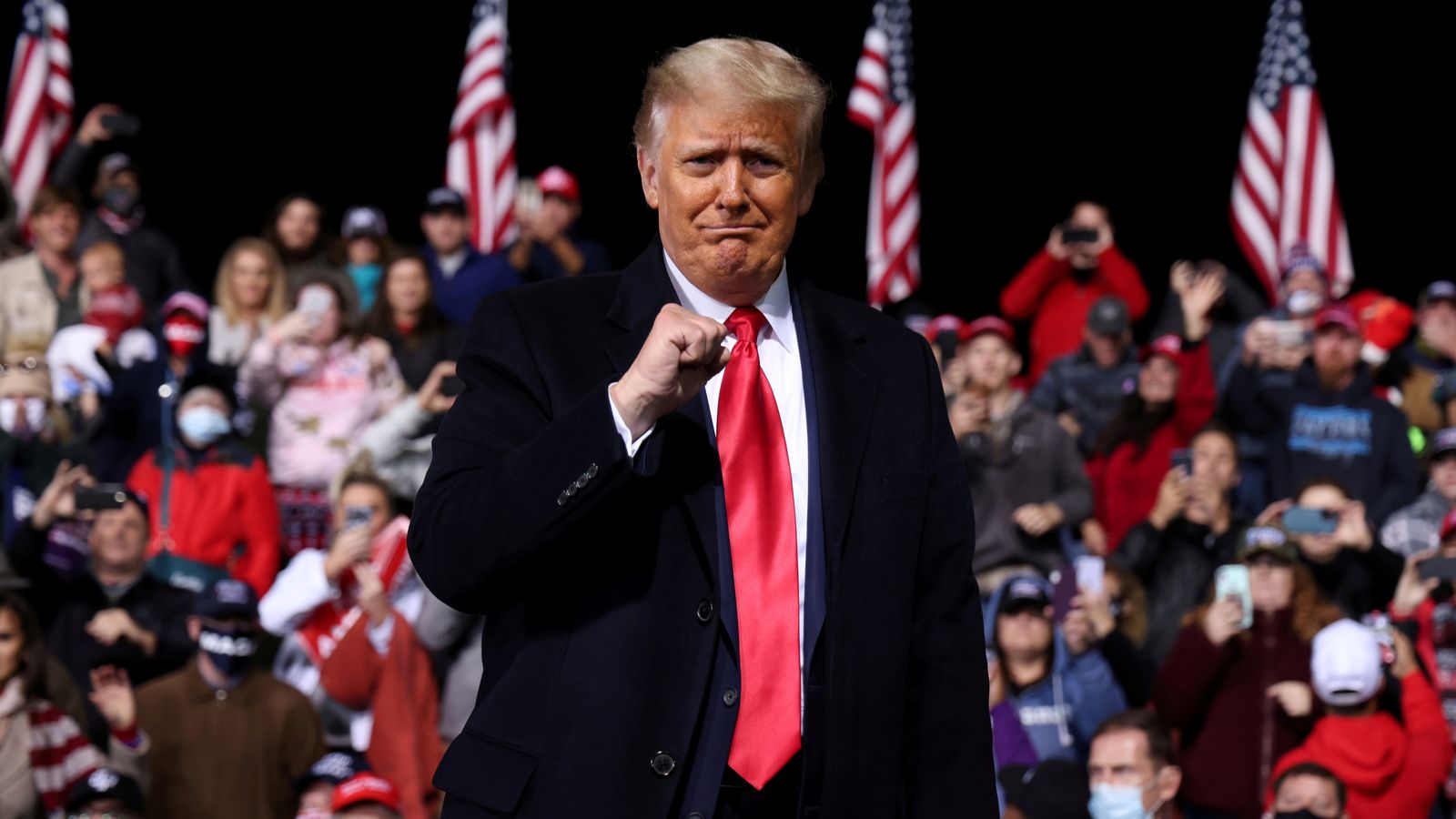 US President Donald Trump has issued a number of controversial pardons in the final weeks of his tenure.

The list of 20 people who have had their crimes pardoned includes ex-members of Congress convicted of corruption, two people charged in the Russia investigation that shadowed his presidency, and four security guards who opened fire on unarmed Iraqis in a Baghdad street in 2007.

George Papadopoulos, the first Trump aide to plead guilty as part of the Mueller investigation into Russian influence in the 2016 US election, is part of the group being granted clemency.

A foreign policy adviser to Mr Trump’s campaign, Papadopoulos admitted lying to the FBI about a 2016 conversation with a Maltese professor who told him he had ‘dirt’ on Hillary Clinton, then Mr Trump’s opponent in the presidential election.

He had learned from the professor, Joseph Mifsud, that Russia had thousands of stolen emails during a meeting in April 2016 in London.

That revelation helped trigger the FBI’s counter-intelligence investigation in July 2016 into potential coordination between Russia and the Trump campaign, which later morphed into part of the Mueller probe. Papadopoulos served almost two weeks in federal prison.

Also in the wave of pre-Christmas pardons – which included 15 full pardons and the commutation of all or part of the sentence of five others – were the four US contractors who were convicted of an attack using machine guns and grenade launchers on dozens of Iraqis at a busy roundabout in Baghdad in 2007.

The massacre, led by Nicholas Slatten, Paul Slough, Evan Liberty and Dustin Heard, caused an international uproar over the use of private security guards in a war zone.

The four opened fire with machine guns and grenade launchers on the unarmed Iraqi civilians, who included women and children. Fourteen died and at least 18 others were wounded.

The former veterans were working as contractors for the State Department. Defence lawyers argued their clients returned fire after being ambushed by Iraqi insurgents.

Slatten, a sniper who fired the first shots, was sentenced to life in prison for first-degree murder.

The three others received 30-year terms for multiple counts of manslaughter, attempted manslaughter and using firearms while committing a felony.

Others on the pardon list were Alexander van der Zwaan, a Dutch lawyer, who was also convicted in special counsel Robert Mueller’s investigation.

He admitted he lied to federal investigators about his interactions with former Trump campaign aide Rick Gates, another one charged in the Mueller inquiry, and was sentenced to 30 days in prison.

Van der Zwaan and Papadopoulos have become the third and fourth defendants in the Russia probe to be granted clemency.

Former Republican Representative Duncan Hunter who was sentenced to 11 months in prison for stealing about $150,000 (£111,000) from his campaign funds to pay for a lavish lifestyle, from holidays to outings with friends, private school tuition and his daughter’s birthday party, was also granted a presidential pardon.

As was Chris Collins, who was the first sitting member of Congress to endorse Mr Trump for president.

Collins pleaded guilty in October 2019 to charges related to insider trading. He was sentenced in January to 26 months in federal prison.

Also on the parson list were Alfred Lee Crum, 89, who pleaded guilty in 1952, when he was 19, to helping his wife’s uncle illegally distill moonshine, Otis Gordon, a pastor convicted of drug possession charges, and Philip Esformes, a former Florida healthcare executive who was convicted on 20 criminal counts in what prosecutors described as a $1bn (£744m) Medicare fraud scheme, one of the biggest such cases in US history.