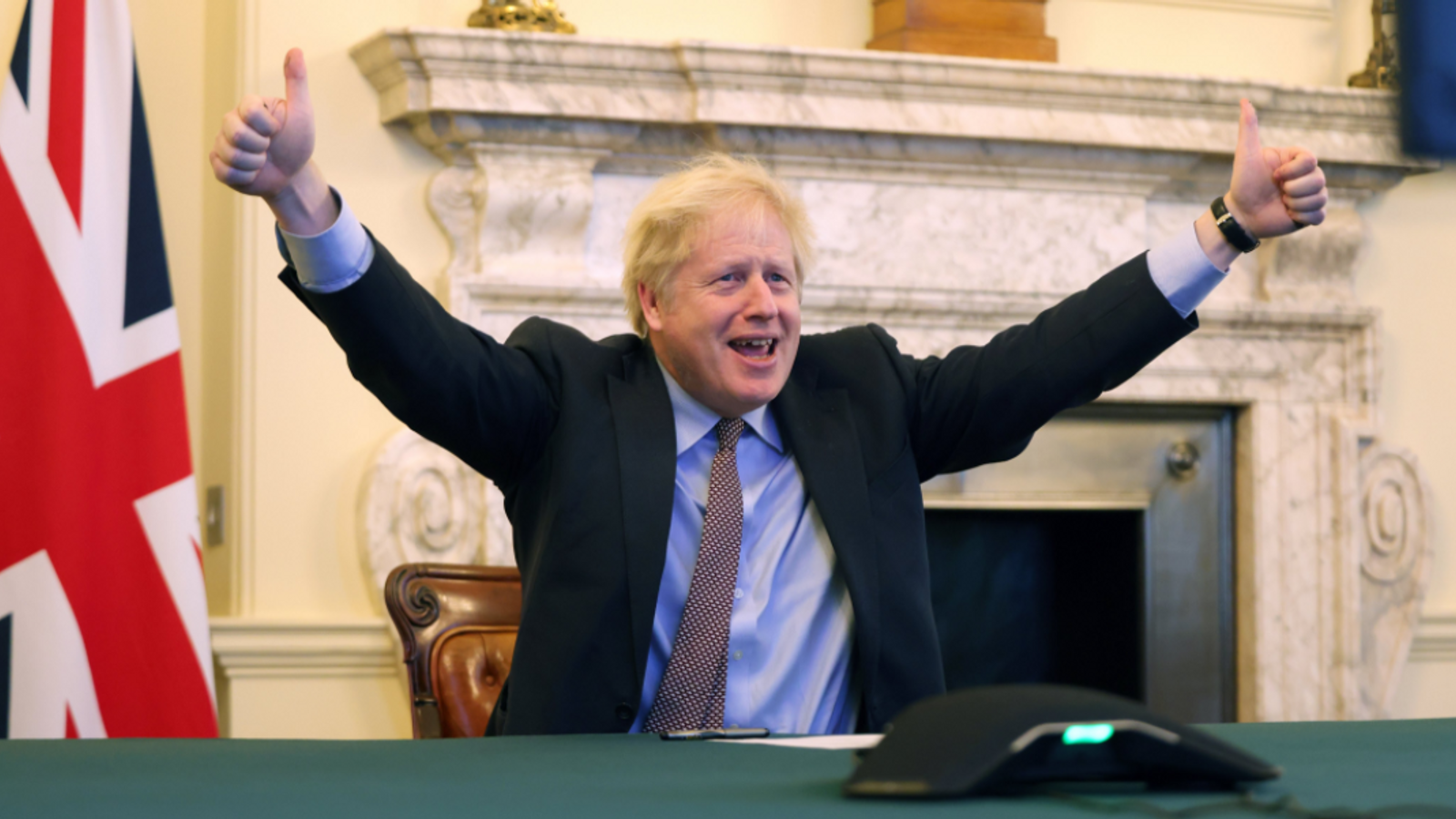 A long-awaited trade deal between the UK and the EU has been struck just days before the deadline.

The treaty will apply from 1 January 2021 and take over from the existing arrangements under the transition period, which has seen the UK continue to follow most EU rules since Brexit day to limit disruption to travel and business.

A Number 10 source said that “everything that the British public was promised during the 2016 referendum and in the general election last year is delivered” in the agreement.

EU Commission President Ursula von der Leyen declared at a news conference it had been a “long and winding road” – but that striking a deal was the “right and responsible thing to do”.

She added Brussels would “continue cooperating with the UK in all areas of mutual interest” such as climate change, energy, security and transport – but that “together we still achieve more than we do apart”.

On the key issue of fishing, Ms von der Leyen revealed the deal had guaranteed five-and-a-half years of “full predictability for our fishing communities”.

She said the UK’s chief negotiators had been “tough but fair” and the talks had been “successful”.

“I know this is a difficult day for some, and to our friends in the UK I want to say: Parting is such sweet sorrow.

“But to use a line from T.S. Eliot, what we call the beginning is often the end and to make an end is to make a beginning.

“So to all Europeans I say it is time to leave Brexit behind, our future is made in Europe.”

Both sides had set a deadline of mid-October for reaching a trade deal, with the expectation it would then take time for the final version to be scrutinised and voted on.

Parliament needs to ratify the deal, but it has already broken up for Christmas. However, Sky News has been told MPs could be recalled on 30 December to approve the last-minute agreement.

A senior EU diplomat told the Reuters news agency earlier that a provisional application of the deal will need to be approved by member states because there is not enough time for the EU Parliament to ratify the agreement.

There were fears the talks had collapsed when they were paused earlier this month by both sides.

Since then, progress – or the lack of it – was only addressed in brief statements from London and Brussels.

After weeks of diplomatic shuttling between the two cities, including crisis talks between Mr Johnson and Ms von der Leyen over dinner, the fate of negotiations continued to hang in the balance.

The prime minister said earlier this month that “things are looking difficult”, while the EU’s negotiator Michel Barnier said that “there is a chance of getting an agreement but the path to such an agreement is very narrow”.

The negotiations had stalled on the issue of fishing rights, the “level playing field” measures aimed at preventing the UK from undercutting the EU on standards and state subsidies, and the way that any trade deal disputes would be resolved.

But despite these differences the discussions continued, with Mr Barnier saying that the two sides were making a “final push” to reach a deal and it was a “crucial moment”.

And now a breakthrough has been made.

It means that barring any last-minute surprises, Britain will exit the transition period with an agreement in place.

A failure to reach a deal would have seen tariffs imposed on UK exports to the EU – its biggest trading partner – on World Trade Organisation terms, and could also have increased bureaucracy.

But some disruption and teething problems are still likely as business, citizens and governments adapt to the new arrangements that will be in place between the UK and EU.

Chinese Hackers Utilize Golang Malware in DragonSpark Attacks to Evade Detection
Community meetings in the San Fernando Valley, Jan. 23-30
Blow to Putin as both Germany and US confirm they will send tanks to Ukraine
Luke Combs To Release Fan-Favorite “Growin’ Up And Gettin’ Old” This Friday
From Game Tester to TV’s Resident ‘Indoor Kid’: Inside Ashly Burch’s Lifelong ‘Quest’