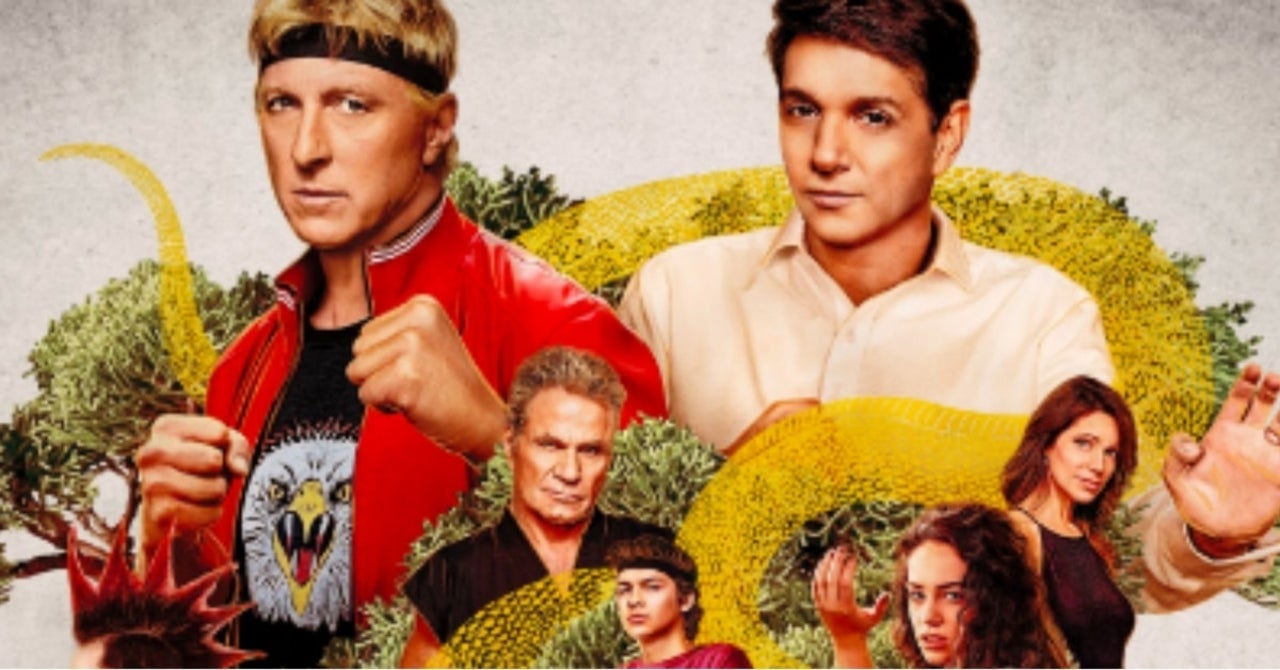 The third season of Cobra Kai is hitting Netflix on January 1st and fans could not be more excited. All 10 episodes of the highly-anticipated new season will drop at once, making for a great New Year’s Day binge. The third season of Cobra Kai will see Daniel LaRusso (Ralph Macchio) head back to Okinawa, the home of Mr. Miyagi, and “reunite with old friends and foes.” Netflix just released a new poster for the upcoming season, and it’s getting us extra hyped to be back with our favorite karate kids.

“The Valley ain’t big enough for two dojos. Are you #TeamMiyagiDo or #TeamCobraKai?,” @NXOnNetflix tweeted. You can check out the poster below:

Netflix previously released the trailer for the show’s third season, showing the return of beloved characters Daniel LaRusso and Johnny Lawrence (William Zabka). Earlier this year, ComicBook.com’s Charlie Ridgely spoke with the latter, who teased some excitement in the new episodes.

“Well, nothing is as it seems, I can tell you that,” Zabka told us. “Listen, for the character of Johnny, Ali, I’ve been saying this for the last two seasons, she’s a big missing piece of his life. She’s the love that got away and in some form would love to reconnect. But the show is full of surprises.”

The actor added, “Well, I could tell you this much. I mean, the end of Season 2 is a car wreck essentially. There’s a lot of pieces to put back together. There’s a lot of healing that has to happen. There’s a lot of growing that needs to happen. I’ve seen a lot of fan theories out there, and heard a lot of fan theories Nice tries. It’s awesome. I mean, Season 3 is fireworks. And I think it’s Season 1 and 2 combined on steroids. And it was a blast to shoot and it’s gonna be worth the wait. It’s hard. We were hoping it would be out before now too, but the world is what it is right now, and we’re so happy to be at a great home like Netflix. And for our fans that have already seen the show to watch it and watch it again, and the new fans to come on board. There’s a lot of work to get Season 3 ready. It’s getting translated for 30 countries and all that stuff.”

Are you excited for Cobra Kai‘s third season? Do you like the new poster? Let us know in the comments!

Mugshot of Colorado gay club shooting suspect released after first court appearance
Chris Cagle Makes Up A Country Song About Some Idiots Causing Trouble At The Concert… Right There On The Spot
Trump loses bid to avoid handing over tax returns
This Thanksgiving, Try the Pledge of Allegiance Dinner Prank
Bob Iger’s Pay Package Is Revealed As Exec Spends His First Day Back In Disney CEO Chair