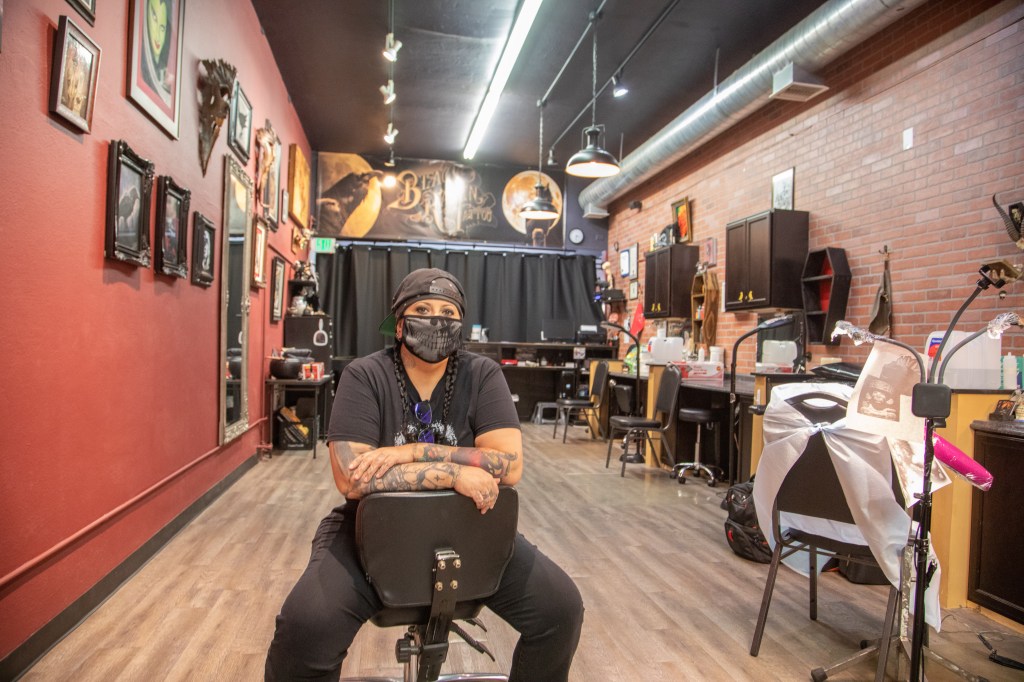 There will be no tattoos in Torrance and Long Beach in time for Christmas.

A federal judge has rejected a legal challenge — led by the owners of tattoo shops in Old Torrance and Long Beach shuttered under the latest state health orders intended to slow the spread of the coronavirus — that argued such parlors had a Fire Amendment right to remain open.

Tiffany Garcia-Mitchell, owner of Black Crow Tattoo, along with the owners of tattoo shops in Long Beach and Thousand Oaks, had sought a temporary restraining owner preventing the inclusion of the parlors in the latest regional stay-at-home order.

The legal action was originally filed in early October, but was put on hold when tattoo parlors were allowed to reopen later that month after being closed since mid-March. It was reactivated after Gov. Gavin Newsom issues a stricter regional stay-at-home order earlier this month that again closed personal care services across Southern California, including tattoo shops, barbers, hair stylists and nail salons.

But Judge Dale S. Fischer said in an 11-page opinion issued Wednesday, Dec. 23, that the latest regional order did not “single out those engaged in expressive activity” and also applied to barbers and the like too. In-person dining, aquariums and zoos are also banned.

Unlike in the initial stay-at-home order issued this spring, however, retail is allowed to remain open this time around, albeit at 20% of capacity.

The judge quoted the state’s infectious disease expert as saying the difference between personal care services and retail is the “close proximity, longer duration and smaller airspace compared to retail.” The First Amendment, Fischer concluded while siding with state officials, had nothing to do with the health order.

“It is therefore a content-neutral (health) restriction,” Fischer held. “In closing tattoo and other personal care businesses, the defendants are promoting the significant governmental interest of protecting public health by keeping closed areas that present heightened risks for COVID-19 transmission.”

Attorney Robert Moest, who represents the trio of plaintiffs, said that while it was an understandable ruling given the worsening pandemic, the difference made between retail and personal services such as tattooing was “irrational.”

Plenty of coronavirus clusters have been traced to crowded supermarkets and other stores, while not one has been tied definitively to exposure at tattoo parlors, which have always observed strict hygiene protocols anyway, Moest said.

“The health department has acceded to what I think is political pressure to allow non-essential retail stores to remain open,” he said. “A form of speech is being foreclosed in favor of Christmas shopping.

Moest said he needed to consult with his clients before deciding whether to file an appeal, but Garcia said via text she would be in favor of continuing with the case.