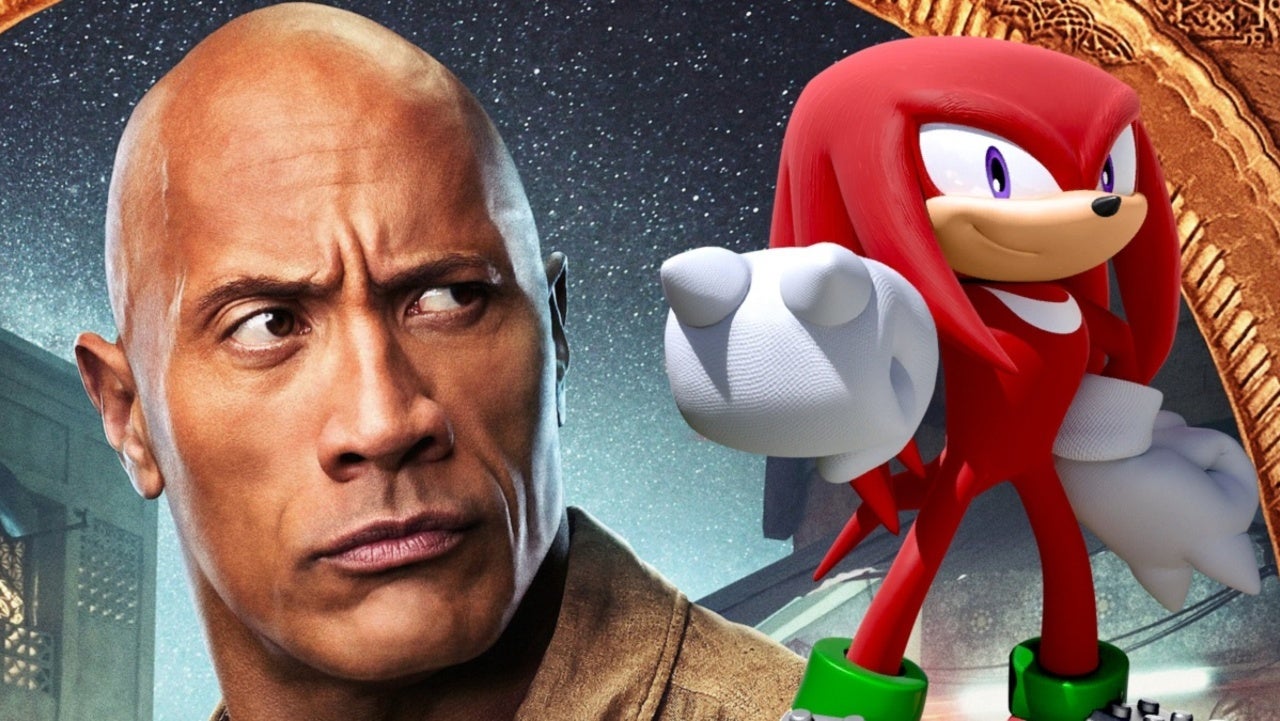 Knuckles the Echidna is supposed to be in the new Sonic the Hedgehog 2 movie if recent rumors are to be believed, and people want Dwayne “The Rock” Johnson to voice the character. Perhaps those fan castings were already afoot in the thriving Sonic the Hedgehog fandom prior to these rumors, but the suggestions from the community to have The Rock – or a few other popular actors that have been named – voice the character are louder now than ever before.

Besides being a fan-favorite and a household name, The Rock’s had no shortage of diverse roles in both live-action and animated movies, so it makes sense that he’d jump to the front of the wishlists for actors who could voice Knuckles. Those in favor of the idea who expressed their opinions online felt that the two would be a smart match both in terms of the voice and the personality The Rock could lend to Knuckles.

To back up the claims, people pointed to The Rock’s role of Maui in Disney’s Moana as evidence. Maui may not have been the protagonist of Moana, but he was a favorite from the film regardless due in no small part to The Rock’s performance.

Other than The Rock, some other common casing requests from fans like Keanu Reeves made appearances in the social media discussions after the rumors started circulating.

Though other characters from the Sonic the Hedgehog universe made appearances in the first movie, Knuckles was not among them. Director Jeff Fowler said the team wanted to “keep it simple” in the first film to avoid bringing in too many characters and wanted to instead focus on Sonic and Robotnik.

The sequel to Sonic the Hedgehog won’t be out for a while, so we’ll have to look to reactions and fans’ requests like the ones below to hold us over until casting decisions are announced.

Not a Bad Theory

Calling it right now, Tails will be voiced by one of the Stranger Things kids, and Knuckles by a pro-wrestler, if not the rock, if he isn’t already in the movie on-camera as the president.

The Rock has to play as knuckles, it’s the only way it will work

I was kinda iffy at first on the idea but hearing this The Rock is the perfect choice to play Knuckles if they’re gonna get a celebrity voice. https://t.co/ZZuLrHVlUu

Hoping for The Rock

I’m so hyped to see Knuckles in Sonic the Hedgehog 2!

I hope he will be voiced by Dwayne the Rock Johnson

What About Keanu Reeves?

To be honest, I wasn’t surprised that Knuckles was going to be in Sonic 2.

Biggest question marks is: What’s his role in the story? And who’s gonna voice him? (The Rock would be perfect for the role if we’re going the Hollywood way, Dan Green if video games). https://t.co/Z3IO6Dhfv5

OnlyFans Model Charged With Second-Degree Murder in Fatal Stabbing of Her Boyfriend
The Bennet House from the 1995 Pride and Prejudice is for Sale!
WBD Brass Stress Commitment To HBO Brand As They Mull Name For Combined Streaming Service
Rob Mitchell Dies: CFO Of Bold Pictures & Longtime Film Executive Was 55
Slack Resets Passwords After a Bug Exposed Hashed Passwords for Some Users