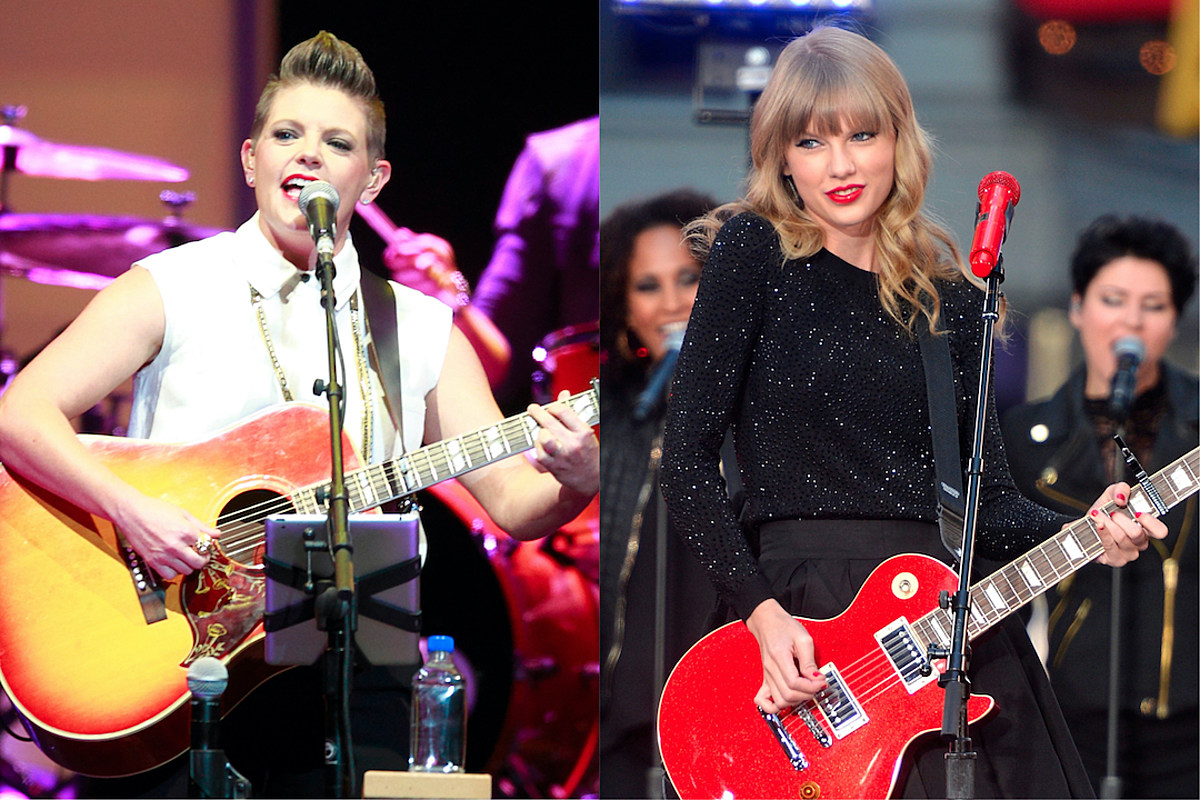 The Chicks have given an internet thumbs up to Taylor Swift‘s “No Body, No Crime,” an enthralling murder-mystery number that finds its place among the tracklist of Swift’s most recent album, Evermore. Swift surprise-released the new set, a spiritual sequel to this summer’s Folklore, on Friday (Dec. 11).

As pointed out by Uproxx, the song, produced by the National guitarist Aaron Dessner and featuring a guest spot from the all-female rock trio Haim, has drawn comparisons to the Chick’s classic “Goodbye Earl.” That’s no doubt mostly due to the similarities in both cuts’ bloodthirsty connotations.

When Evermore dropped, plenty of Twitter users also picked up on that continuum between Taylor Swift and the Chicks (formerly known as Dixie Chicks). The same day, the Natalie Maines-led act shared a couple of those observations on their official Twitter page before adding their own two cents:

“Sisters before misters,” the Chicks said, tagging both Swift and Haim. The added hashtags point to “Goodbye Earl,” “No Body, No Crime” and Evermore.

Before that, the Chicks retweeted two listeners’ concurrent remarks. One commented that Swift’s song had “major [the Chicks] energy.” Another added that “No Body, No Crime” gave them “Goodbye Earl” “vibes.”

Along with Swift’s “‘Tis the Damn Season,” “No Body, No Crime” has drawn plenty of coverage in Evermore‘s wake. The intrigue surely stems from the song’s murderous narrative, a story that contains a character named Este, after one of Haim’s sibling members, bassist-vocalist Este Haim.

Speaking to EW last week about the inception of the tune, which also includes a reference to the restaurant chain Olive Garden, Swift explains, “Working with the Haim sisters on “No Body, No Crime” was pretty hilarious because it came about after I wrote a pretty dark murder mystery song and had named the character Este, because she’s the friend I have who would be stoked to be in a song like that.

“I had finished the song and was nailing down some lyric details and texted her, ‘You’re not going to understand this text for a few days, but which chain restaurant do you like best?'” Swift adds. “… She chose Olive Garden, and a few days later, I sent her the song and asked if they would sing on it.”