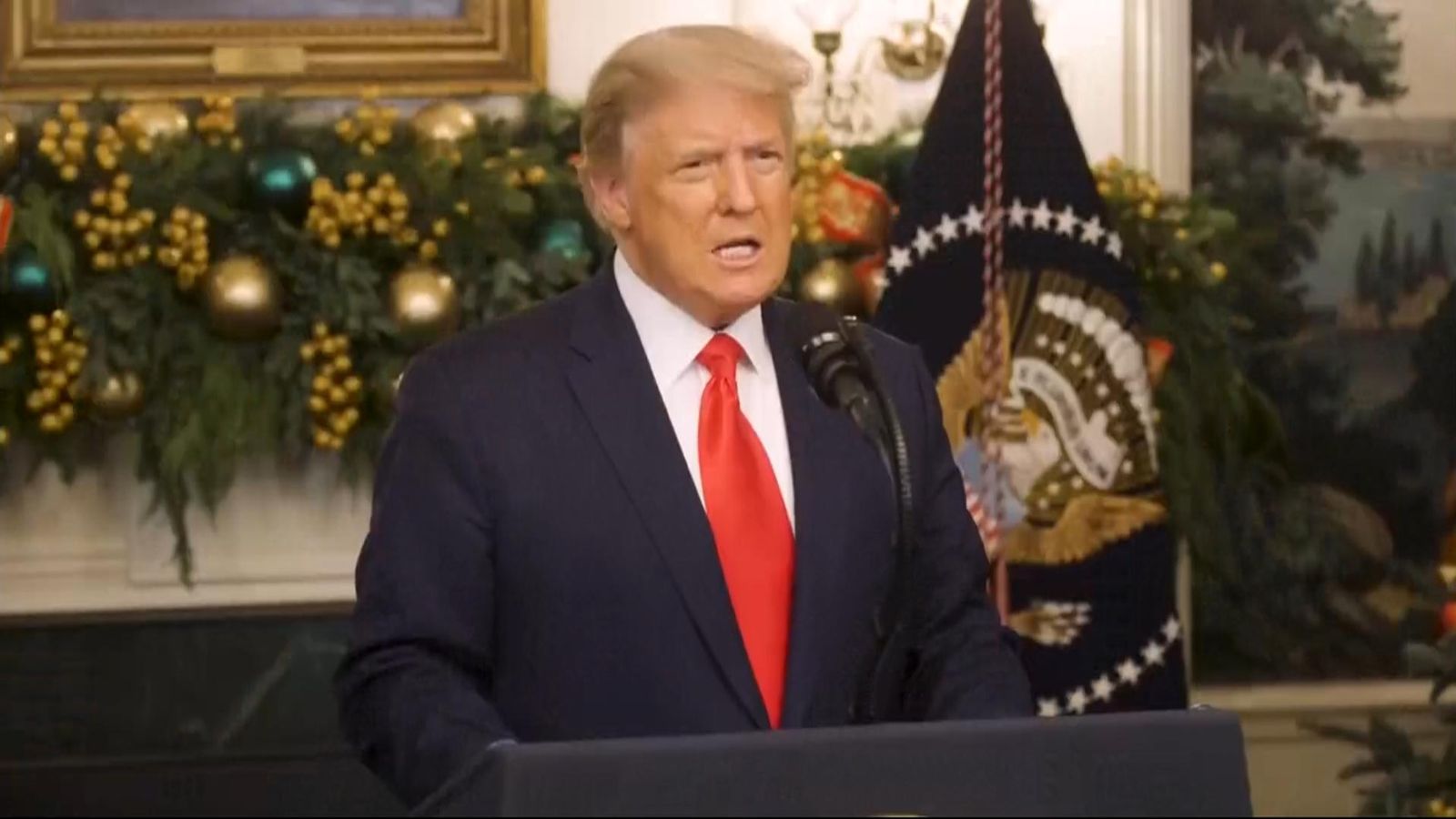 Donald Trump has suggested he may not sign the $892bn (£665bn) coronavirus relief package that was approved by Congress.

The US president said in a video shared from his Twitter account that the bill was delivering too much money to foreign countries and not enough to US citizens.

The president also said the package was put together after Democrats “cruelly-blocked” coronavirus relief legislation during the summer “in an effort to advance their extreme left-wing agenda”.

He added the bill allocates money for “stimulus cheques for the family members of illegal aliens, allowing them to get up to $1,800 each”.

Mr Trump also suggested he is not yet prepared to concede defeat in November’s election as he said: “I am asking Congress to get rid of the wasteful and unnecessary items from this legislation and to send me a suitable bill, or else the next administration will have to deliver a COVID relief package and maybe that administration will be me.”

The package was part of a hard-fought compromise bill that includes $1.4tn (£1.05tn) to fund government departments until September.

It also contains money for an increase in food stamp benefits and about $4bn (£3bn) to help other nations provide a COVID-19 vaccine for their people.

Those votes totals would be enough to override a veto should Mr Trump decide to take that step.

The outgoing US president made his remarks on Tuesday having earlier pardoned 15 people including his 2016 campaign adviser George Papadopoulos.

The former aide was jailed after he admitted lying to the FBI during its investigation into the Trump team’s possible collusion with Moscow.

Collins, the first member of Congress to endorse Trump to be president, was sentenced to two years and two months in prison after admitting he helped his son and others dodge $800,000 in stock market losses when he learned that a drug trial by a small pharmaceutical company had failed.

Hunter was sentenced to 11 months in prison after pleading guilty to stealing campaign funds and spending the money on everything from outings with friends to his daughter’s birthday party.

Four former government contractors convicted over a 2007 massacre in Baghdad that left more than a dozen Iraqi civilians dead were also pardoned.

Trump also commuted the sentences of five other people.