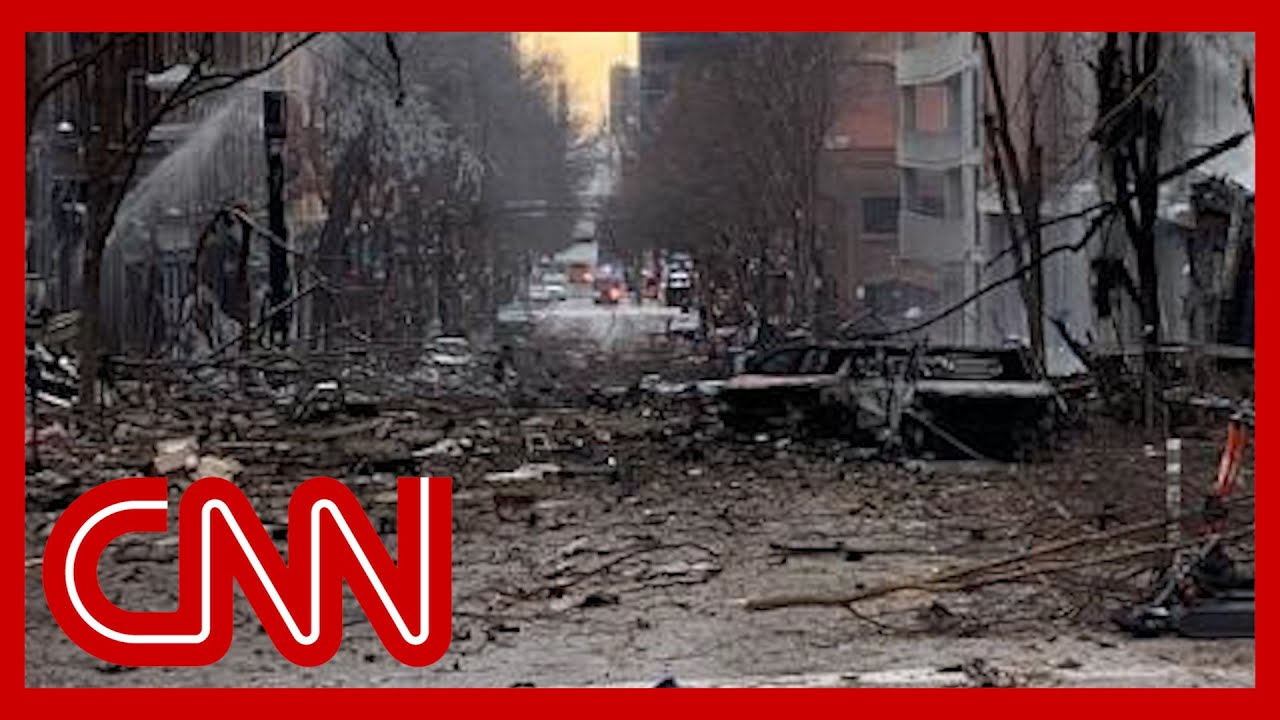 A Christmas morning explosion that rocked downtown Nashville, injuring at least three people and damaging dozens of buildings, is believed to be an intentional act, authorities said.
According to police, officers with the Metro Nashville Police Department were responding to a call of shots fired around 5:30 a.m. CT Friday when they came upon an RV parked in front of an AT&T transmission building at 166 2nd Avenue North.
The RV was playing a recorded message that indicated a bomb would explode in 15 minutes, Metro Nashville Police Chief John Drake said during a news conference Friday.
Officers saw no immediate evidence of shots fired but they requested the department’s hazardous devices unit and started to evacuate neighborhood residents, police said.
The bomb squad was responding when the RV exploded at 6:30 a.m. CT, police spokesman Don Aaron said.
“We do believe this to have been an intentional act,” he said. “Significant damage has been done to the infrastructure there on 2nd Avenue North.”
Three people were transported to hospitals from the scene, but none were in critical condition, according to Nashville Fire spokesman Joseph Pleasant.
#Nashville #CNN #News
Politics
Share on Facebook
Share on Twitter
Share on Pinterest
Share on LinkedIn