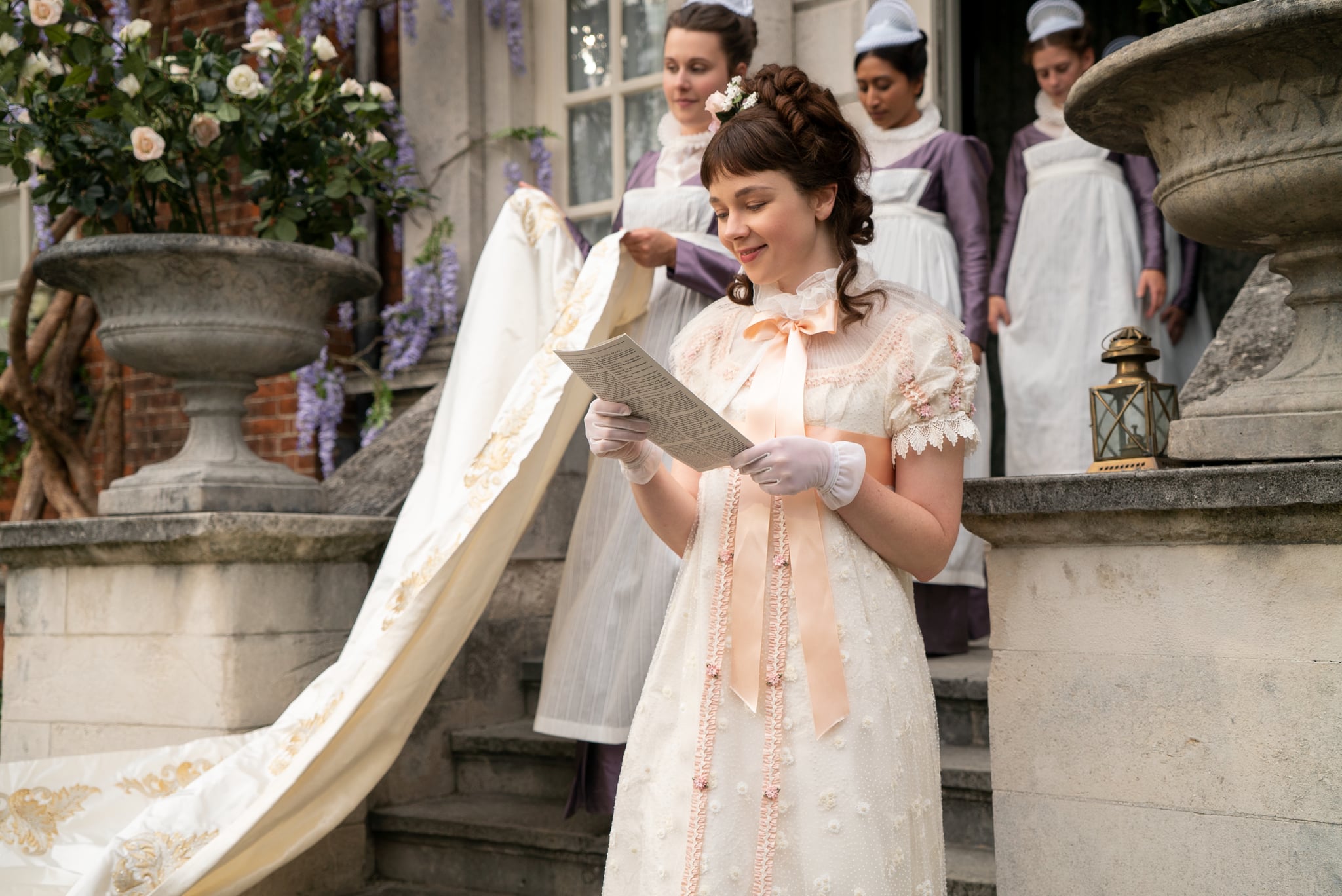 Even before Bridgerton dropped on Netflix on Christmas Day, the adaptation of the Julia Quinn period romance series was already inspiring curiosity around its central plot mystery: Who is Lady Whistledown? Unlike Gossip Girl, that other contemporary classic that so many compared Bridgerton to after the first trailer dropped, Bridgerton doesn’t wait until its final episode ever to reveal the identity of the person who disrupts (read: makes more interesting) the London season with their gossip newsletter. We get a glimpse at Lady Whistledown herself in the final moments of season one. And let’s discuss, shall we?

Who is Lady Whistledown?

In the final moments of Bridgerton Season 1, we finally get a glimpse at Lady Whistledown, confirming what book readers already knew: The writer is revealed to be none other than Penelope Featherington (Derry Girls‘ Nicola Coughlan), the youngest of the three Featherington daughters. A very cool reveal, honestly, especially given what it means for this character and this world moving forward.

Much of Penelope’s first season arc revolves articulating to best friend Eloise Bridgerton that, unlike Eloise, she isn’t looking to avoid the traditional trappings of a domestic life, which makes the Whistledown reveal both surprising and subversive. While we don’t yet know what Penelope’s exact motivation for being Whistledown is, it doesn’t seem like a jump to presume that she is at least partially motivated by a frustration at the gendered limitations placed on her by upper-class Regency society. As Whistledown, Penelope is able to speak much more freely than she is as Penelope Featherington. She is able to use what she knows to affect change (both positive and negative) in her community in ways that, as Penelope, she would never be able to. On a thematic level, the reveal that Pen is Lady Whistledown shows that just because Penelope hopes for marriage, doesn’t mean she has no other ambitions.

What Does the Lady Whistledown Reveal Mean For Season 2?

The Whistledown reveal also puts which pieces of information Penelope chose to reveal over the course of the first season in a new context, in particular the reveal of Marina Thompson’s pregnancy. We now know that Penelope chose not to reveal Marina’s pregnancy for a long while and only did when it became clear that Colin Bridgerton was going to elope with her, effectively choosing Colin over her family, as the reveal cast immense shame on the Featheringtons. It is also telling that Penelope chose to reveal this as Whistledown rather than herself, in a private conversation with Colin. A reflection of the strict rules of the society and what is appropriate for. a young woman to talk about, for sure, but also a sign that Pen is more comfortable hiding behind the shield that is Whistledown, even when it comes to her personal life and relationships.

The Whistledown reveal also puts Penelope’s close friendship with Eloise in potential danger. Eloise spent most of the season on a quest to discover who Whistledown might be, both for herself and for the queen. Her main stated goal was to convince Whistledown to restore the Featherington family’s honor for Penelope, which is particularly ironic. How will Eloise react when she discovers that her best friend has been keeping this secret from her? With a sense of betrayal? An awe of all that her friend has accomplished? A combination of both? Only time will tell…

The Whistledown reveal is also hugely important given how the Featherington’s ended Season 2: Lord Featherington is dead, killed for fixing Will’s boxing match in order to win an absurd amount of money. Without him and with no sons in the Featherington family, the estate will go to whoever’s name was on that card handed to Lady Featherington in Season 1’s final act. She didn’t look particularly happy about it. How does this all connect back to Whistledown? With her father gone and the family’s wealth in the hands of another relative, Penelope is likely going to have more limitations on her life than ever. Whistledown could be both an outlet and a source of power, should Penelope need to shift favor for or against the Featherington family.

As for everyone else in the Ton, an unstable Whistledown does not bode well for those hoping to keep their secrets. While young Penelope seemed to have a fairly benevolent logic to what she published in Season 1, we see in her choice to publish the secret of Marina Thompson’s pregnancy that, when backed into something she views as a corner, Whistledown will take drastic action.