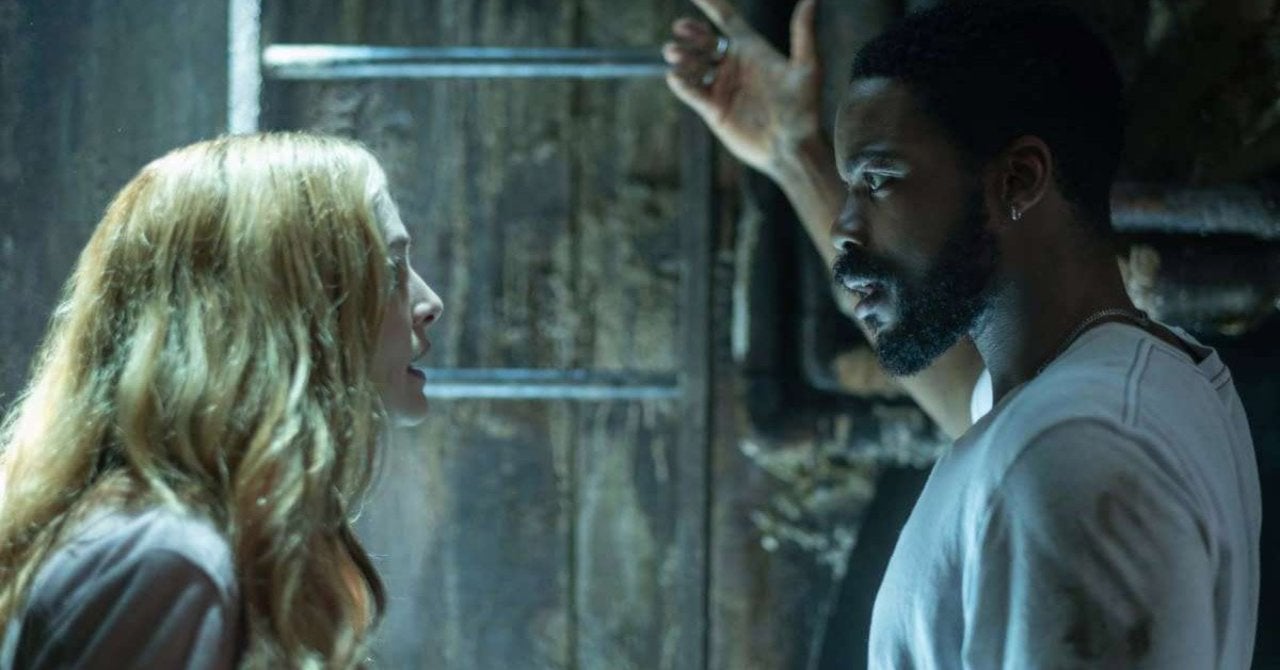 This week’s episode of The Stand, Pocket Savior, introduced viewers to another major character in the series, Larry Underwood. Played by Jovan Adepo, Larry is a musician whose music career doesn’t quite go as planned when he ends up one of the few to survive the Captain Trips pandemic. The episode sees Larry and fellow survivor Rita Blakemoor (Heather Graham) needing to escape New York at the start of what will ultimately be a journey west. And while leaving the city is only the start of things for Larry, according to Adepo it’s that escape that contained one of the most challenging experiences he faced making the series.

In the episode, Larry and Rita take to the sewer to get away from a group of men wanting to rape Rita and while the sewer is perhaps in some respects safer than the streets at this point, it’s no easy escape. Rita ends up abandoning Larry at some point — don’t worry, they get back together — but Larry tries to stick it out only to find himself tripping thanks to the drugs he’s taken and dealing with not just actual rats but a terrible hallucination of his dead mother as well. For Adepo, filming that harrowing scene was the biggest challenge of making The Stand.

“The most difficult part I would have to say is one particular sequence which was the sewer experience in my journey through New York. That was a tough one because it was incredibly exhausting to shoot just being like almost completely submerged under water,” Adepo said. “Then just like dealing with the rats and having to kind of get them, I mean, it’s a matter of them being like performers in the scene as well. So, they have to do what we need them to do when we need them to do it or we’re going to be doing it all day long. So, we spent like three or four days on that sequence alone and then we’re on to the rest of the episode. So that was probably one of the tougher ones just off of the kind of build and choreography of it all. I would have to say that comes to mind like right away.”

The first two episodes of The Stand are now streaming on CBS All Access. New episodes arrive every Thursday.