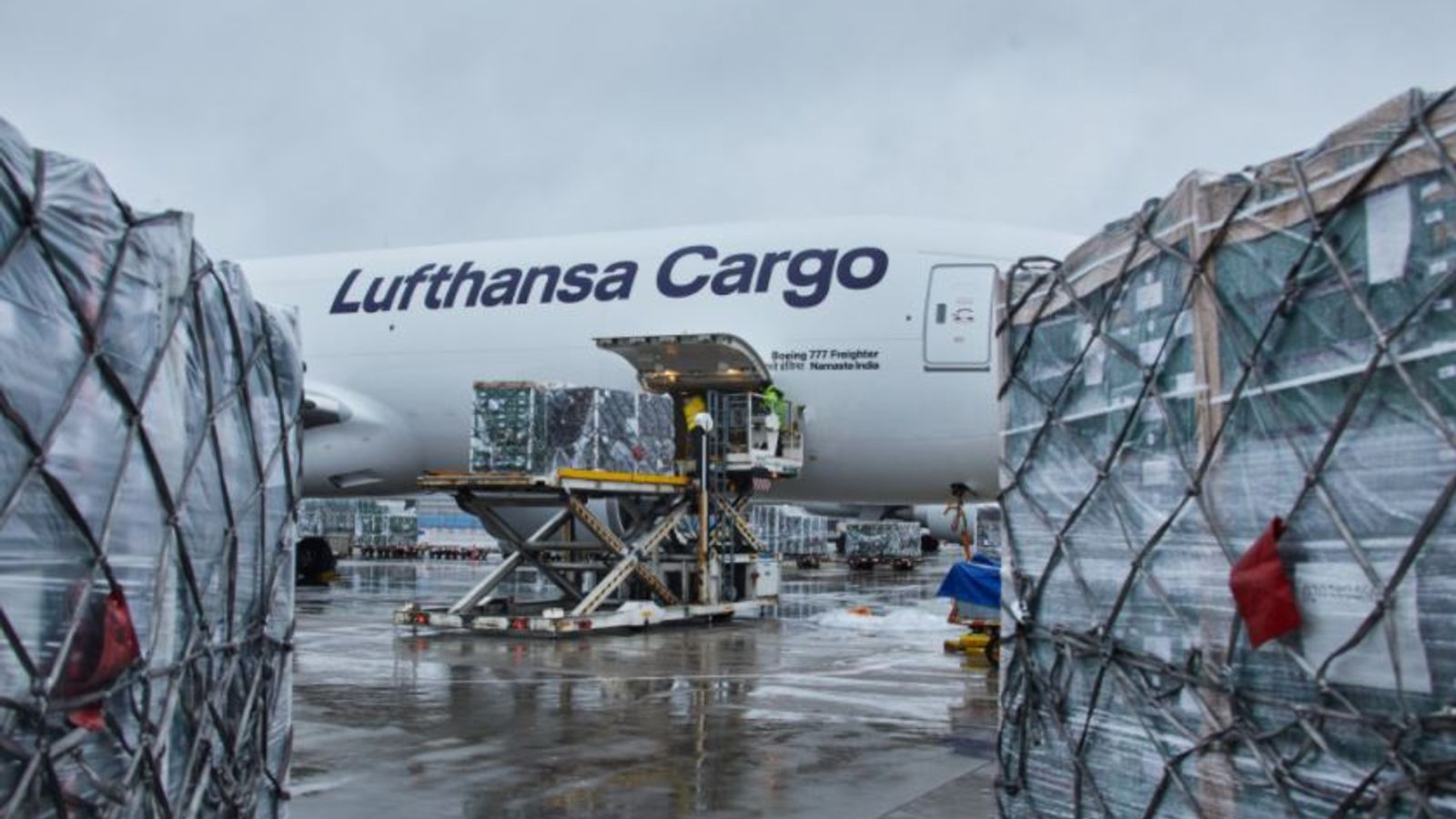 A special cargo flight chartered to supply UK supermarkets has landed in Yorkshire with 80 tonnes of fruit and vegetables on board.

The delivery was a one-off organised as thousands of trucks remain stranded near Dover after France stopped them crossing over fears about the new coronavirus variant announced last week.

The closure has stopped the movement of some products and the British Retail Consortium has said there could be supply issues for fresh goods if supply lines do not return to normal soon.

France eased the travel ban on Wednesday, but said those seeking entry into the country from the UK must have a negative coronavirus result.

Lufthansa confirmed it had sent a Boeing 777 freighter from Frankfurt to Doncaster Sheffield Airport and, according to FlightRadar24, the flight landed just before 2pm.

The flight was chartered by a company supplying Tesco, the Co-op, Sainsbury’s and Aldi UK, a Lufthansa spokesman said, and the goods on board include lettuce, cauliflower, broccoli, strawberries and citrus fruits.

Lufthansa said it was considering more special cargo flights over the next few days.

A spokesman for the airport said there had been a planned increase from three to eight weekly flights carrying perishable goods for January.

This is an increase from around 300 tonnes per week to around 700 tonnes.

The spokesman said: “We are currently experiencing a large volume of enquiries for flights as a result of border closures and we are handling additional flights, such as today’s, where possible.

“Naturally, this is already a busy period for the airfreight sector as a result of Christmas and COVID.”

But they added: “This planned increase is related to anticipated Brexit congestion, rather than the current issues effecting cargo waiting to cross the Dover Ferry.

“These flights are largely non-EU freight that usually travel through the continent.