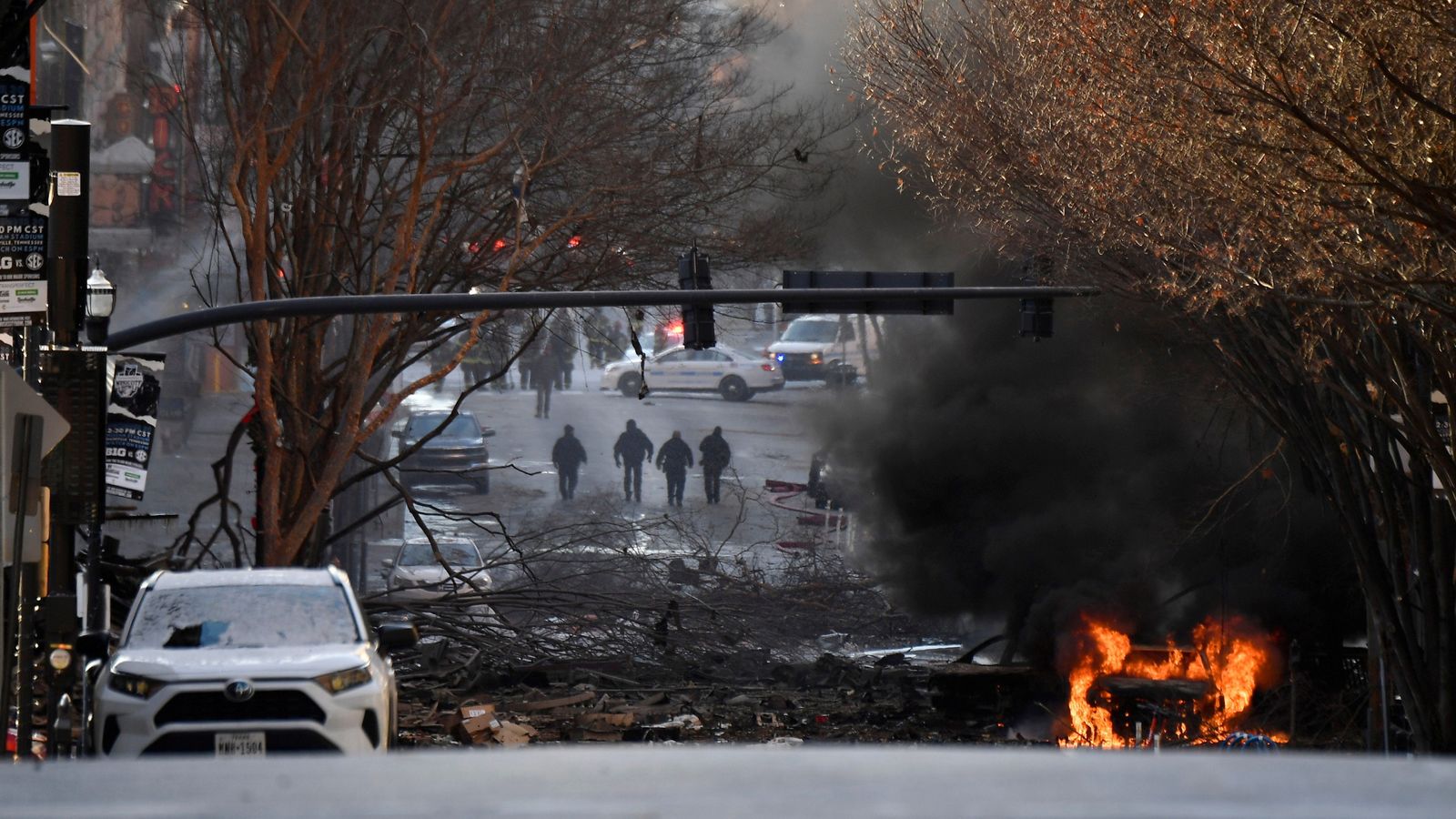 An “intentional” explosion linked to a motorhome has rocked the city of Nashville in the US.

It happened at 6.30am in an area of central Nashville packed with bars, restaurants and shops, police said.

The blast sent shattered glass and debris flying through the air as black smoke and flames billowed from the vehicle.

A loud boom was heard and buildings shook, sending many people into a panic.

Metro Nashville Police believe the explosion was an “intentional act”, although the motive is not yet known.

There have so far been no significant injuries reported but three people have been taken to hospital.

Emergency crews have been at the scene, as well as state and federal authorities, and members of the public have been told to avoid the area.

At around 6am local time, an officer spotted a suspicious motorhome parked outside the AT&T skyscraper.

He called specialist officers to the scene, but as they were en route the blast occurred.

An investigation has been launched by federal authorities, including the FBI.

“The explosion was significant, as you can see… the police department, its federal partners – the FBI and ATF – are conducting a large-scale investigation to this point,” said Don Aaron, Nashville police spokesperson.

Buck McCoy, who lives near the scene of the blast, said it “felt like a bomb – it was that big”.

“All my windows, every single one of them got blown into the next room. If I had been standing there it would have been horrible,” he continued.

“There were about four cars on fire. I don’t know if it was so hot they just caught on fire, and the trees were all blown apart.”

In videos he posted on Facebook, water was seen pouring down his ceiling while alarms sounded in the background and people cried out in distress.

A fire is also visible on the street outside.

A spokesperson for the Bureau of Alcohol, Tobacco, Firearms and Explosives said the priority now is to “make sure everybody is accounted for and to make sure the spread of the fire doesn’t go any further”.