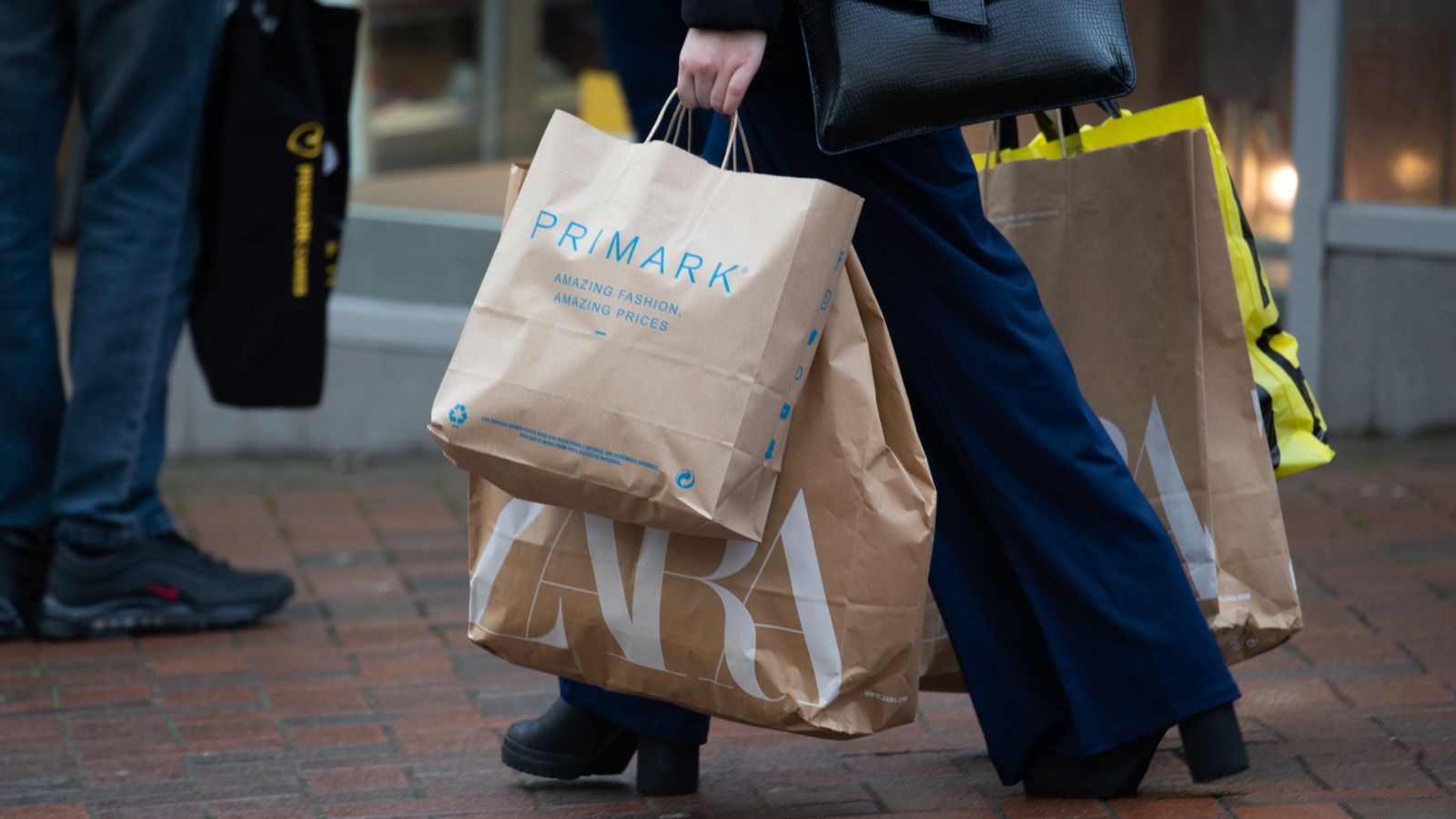 Boxing Day sales are expected to fall by more than a quarter compared with last year, despite some shoppers queueing in the early hours in some areas under lighter restrictions.

Footfall for the sales is already down 60% in the UK up to 12pm – largely due to non-essential shops being closed across swathes of Britain under the tightest coronavirus restrictions.

It followed a call from Boris Johnson for people to avoid Boxing Day crowds as COVID-19 cases continue to rise in many areas.

Famous shopping streets were practically empty in areas such as Edinburgh and London, with only a few people on the Royal Mile and Regent Street.

In Tier 4 areas, where most shops must stay shut, footfall was 77.3% lower than last year.

But in some areas under lighter restrictions, people queued outside shops in the hunt for post-Christmas bargains.

Around 200 people were in a socially-distanced queue outside Next in Leicester by 5.50am.

There were also plenty of shoppers in Bournemouth, which remains in Tier 2.

Diane Wehrle, insights director at Springboard, said this year’s Boxing Day sales would not be “normal in the slightest”.

“That’s really because much of the country is under Tier 4 restrictions, which is going to severely impact Boxing Day sales and push people online,” she said.

She said there would still be some “comfort buying” because people cannot go out, but that most retailers normally get fewer sales online than in-store.

An estimated £2.7bn will be spent by UK shoppers on Boxing Day, according to Barclaycard, with people spending an average £162 online.

“While high street footfall will be down, we’re optimistic that an online shopping boost will give retailers a much-needed uplift as they head into the new year,” said Rob Cameron, chief executive of Barclaycard Payments.