Detectives investigating a huge explosion in Nashville say they have identified a person of interest.

Investigators have received over 500 leads and are now putting together the “giant jigsaw puzzle”.

The blast – which happened on Christmas morning – originated from a motorhome which had broadcast a warning it was going to detonate within 15 minutes, sending people racing to evacuate. 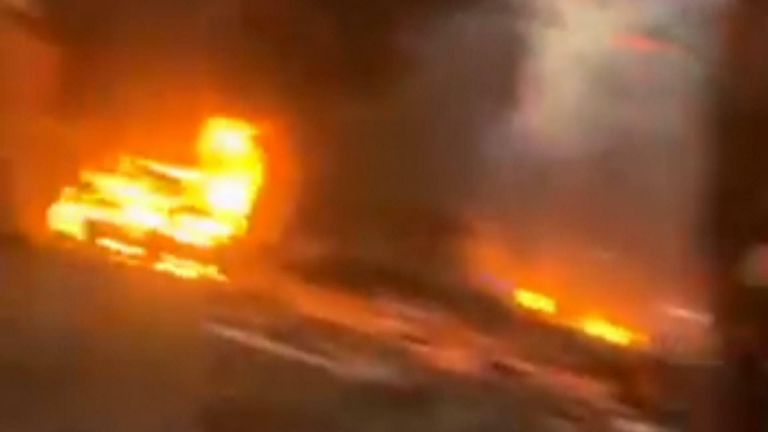 Devastation after explosion in Nashville

Three people were taken to hospital, although it is believed they did not suffer serious injuries, and dozens of nearby buildings were damaged.

It is not yet known what the motive was for the attack.

US attorney Don Cochran said the scene was “like a giant jigsaw puzzle created by a bomb” and that investigators from the FBI and ATF were working to piece together what happened.

There are roughly 250 FBI agents, analysts and staff working on the investigation and specialised bomb technicians are in Nashville.

Speaking at a news conference the day after the blast, FBI special agent Doug Korneski said there was no indication of more explosive threats and no other devices had been found.

Authorities said on Friday they had found “tissue” which could be human remains near the site of the explosion, but they did not comment further on this during the news conference.

NBC correspondent Shaq Brewster, who was at the scene in Nashville, told Sky News the blast site is “large” and “goes for blocks”.

The motorhome had arrived at 2nd Avenue in downtown Nashville at around 1.30am on Christmas morning.

At about 5.30am, police were called to reports of a shooting, which a resident told NBC had sounded like “automatic rifle gunfire”.

Officers then discovered the motorhome, which was blaring out a warning telling people to evacuate.

Half an hour later – following an automated countdown – the blast went off.

Officials praised the actions of police officers for ensuring more were not injured, as they tried to evacuate as many citizens as possible after the threat was reported.

Mr Cochran said the officers “literally ran to danger”, adding he was “quite confident their actions are one of the reasons there was less loss of life”. 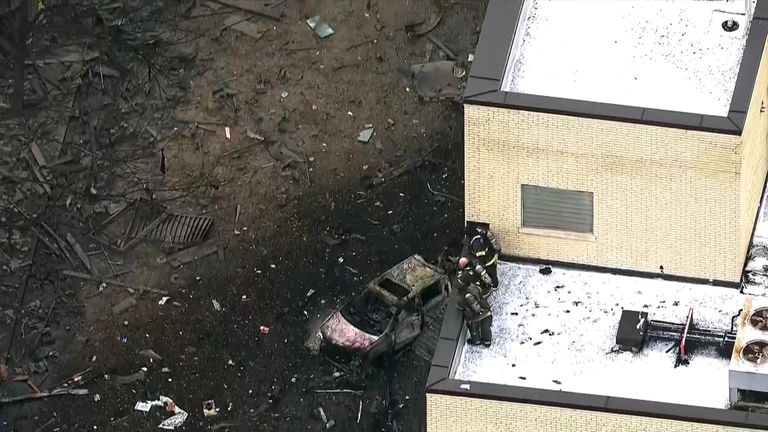 The blast sprayed shattered glass and debris into the air and damaged around 40 nearby buildings, with videos showing rooms shaking and people crying out in distress.

Authorities have said the explosion was a “deliberate” act intended to “bring chaos and fear in this season of peace and hope”.

A three-day state of emergency has been imposed at the scene of the blast, preventing people from entering.

Man Who Allegedly Used Dating Apps While Target of Manhunt Dies in Custody After Standoff
A look at California’s mountain lions
Base interest rates up to 4% but Bank of England’s language on economy shifts
What’s Next for DC Studios: The Good, the Bad, and the Bizarre
‘The Last of Us’ Is Just the Beginning of Hollywood’s Big Video Game Gamble