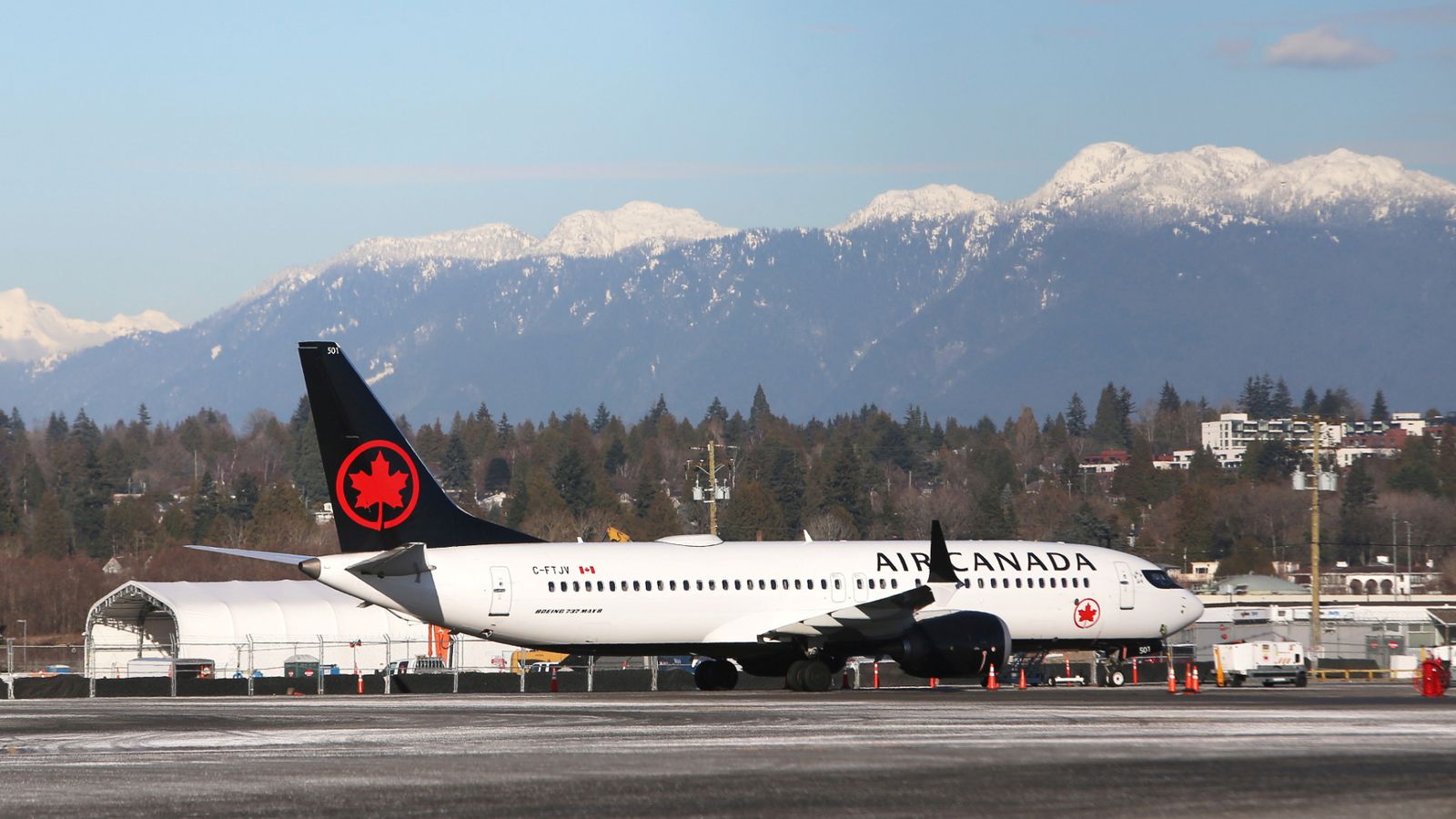 A Boeing 737-8 MAX was forced to make an unscheduled landing and have one engine shut down after it ran into issues.

The Air Canada service from Arizona to Montreal was diverted shortly after take-off on 22 December.

In a statement, the airline said the only people on board were three crew members who received an “engine indication” and “decided to shut down one engine”.

“Modern aircraft are designed to operate with one engine and our crews train for such operations,” it added.

According to Belgian aviation news website Aviation.24.be, the pilots received a left engine hydraulic low pressure indication just after taking off from a storage facility.

They and airline engineering controllers reportedly decided the plane should continue to Montreal, but the crew then received an indication of a fuel imbalance from the left wing, forcing them to shut the left engine down.

It then made a safe landing at nearby Tucson, Arizona.

Boeing and airlines that use its planes are braced for heightened scrutiny as the MAX returns from a 20-month grounding, but safety experts say such these kinds of glitches are common and usually go unnoticed.

The MAX suffered two fatal crashes – in Indonesia in late 2018 and Ethiopia in early 2019 – that killed 346 people, and both were blamed on flawed cockpit software rather than engine problems.

In both cases, the software – called MCAS – pushed the plane’s nose down repeatedly, sending it into dives.

The Ethiopian Airlines flight in March last year crashed just moments after taking off from Addis Ababa – killing all 157 people on board.

Five months earlier, in October 2018, 189 people died when a 737 MAX used by Lion Air crashed into the Java Sea – only 13 minutes after departing the Indonesian capital of Jakarta.

The crashes and subsequent grounding of the MAX triggered Boeing’s worst-ever corporate crisis.

Boeing has worked to make the software behind the malfunctioning anti-stall device less powerful, and has also made changes to flight-control computers and pilot-training requirements.

In January 2021, the EU Aviation Safety Agency is set to lift its ban on the passenger jetliner – but how long it takes for flights to resume depends on pilot training and airlines upgrading software and carrying out other actions.

The UK will no longer be part of the agency from 2021 due to Brexit.

The US Federal Aviation Administration also decided to lift its ban on the 737 MAX in November, provided software, system and training upgrades by Boeing and airlines are carried out.

The company had been desperate to have the planes up and running again for the usually busy summer season, however demand for air travel has taken a pounding from the coronavirus pandemic.