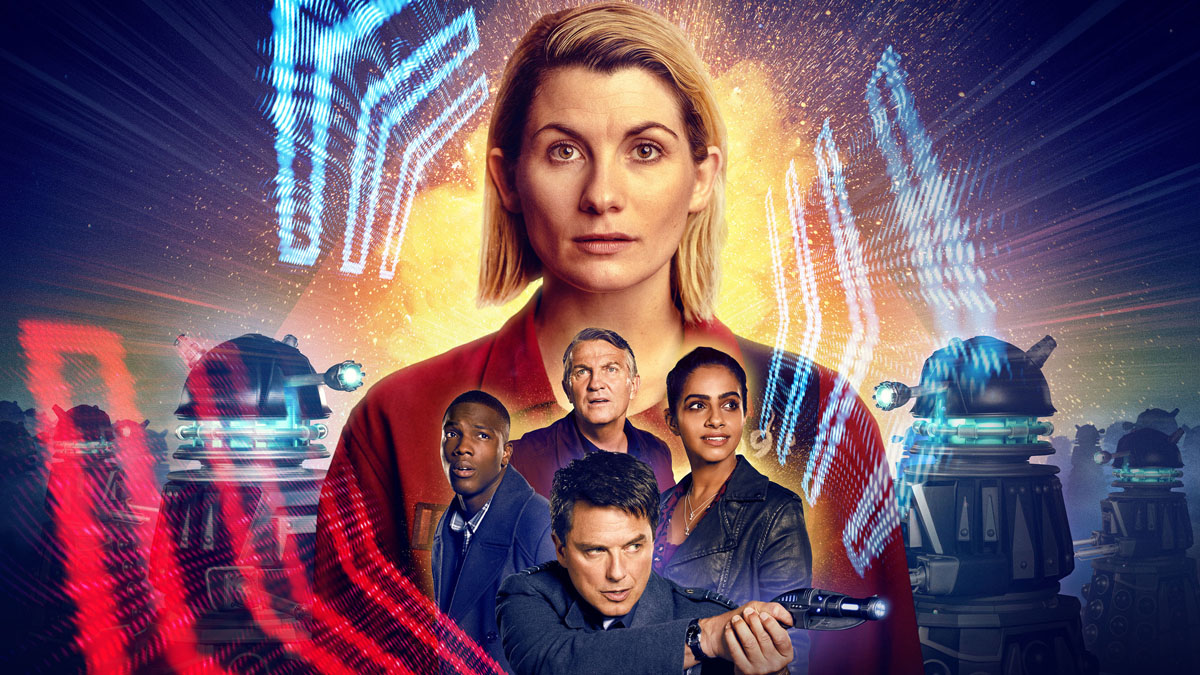 “Hi, Chris, any chance you could pen us a spoiler-free review of the Doctor Who special?”

Well… Not really, no. Not that we’d ever risk giving the game away ahead of the upcoming New Year’s Day adventure (a ‘Festive Special’, as the BBC have termed it) but the thing is, this is a very story-driven episode with lots we’d rather not spoil. To be able to examine its quality in any meaningful way means diving into the details – in particular, decisions certain characters make and how well the episode delivers on its premise, all of which we’ll obviously be saving for the full-fat review next year. Or Friday, as it’s otherwise known.

Instead, consider this as very much a taster – a broader appraisal of the tone of the episode, how seriously you should be planning your New Year’s Day around watching it, and obviously which nibbles are best to accompany your viewing – a verdict that can’t possibly get me in trouble down in the comments, I’m sure.

For one thing, it’s lucky – and a little strange – to be able to talk about Doctor Who at all in a year where so many other productions have been delayed, cancelled or had to completely reinvent themselves in order to continue existing. Here’s ‘Revolution of the Daleks’, though, filmed comfortably back in October of last year (as spotted by eagle-eyed fans) and continuing the Thirteenth Doctor’s story in a way that only adds to the timelessness of the last nine months. Even if it’s only for a little while, it’s nice to remember how much simpler everything was back when we last parted ways with Team TARDIS.

That parting, lest we forget, came after the revelation that the Doctor’s own history was far from what she (and we) believed it to be, introducing a slew of forgotten regenerations and the moniker of the Timeless Child. It also saw her squarely in the sights of the Judoon, who unceremoniously yoinked her out of the TARDIS and into space-prison. Graham, Ryan and Yaz were returned to Earth in their own TARDIS, delightfully disguised as a new-build house, and we were left to ponder the most important question of all – what happens when someone tries to put their wheelie-bins out?

‘Revolution’, then, opens with a rather daunting problem. Having established that there’s some form of Dalek presence on Earth, but with no UNIT hotline, sonic accessories or universe-trotting Rose Tyler to help out, what are three normal, Doctor-less humans meant to do about it? It’s not the first time the show’s posed this question, but this episode doesn’t deal with it in the ways you might be expecting.

Not that the Doctor’s incarceration means the universe is left entirely bereft of Dalek-slaying experts, of course. John Barrowman’s return as Captain Jack Harkness – more than just a brief cameo this time around – was announced some time ago, and while it’ll have been eleven years to the day since viewers last saw Jack drinking his blues away in ‘The End of Time, Part Two’, it feels like he’s barely been away. (‘Torchwood: Miracle Day’? Never heard of it…)

Barrowman is clearly happy to be back, although Jack is rather more earnest and a lot less cheeky this time around. He doesn’t shy away from discussing his past adventures with the Doctor, though these call-backs are obviously meant for the audience rather than anyone he’s sharing the screen with. In some ways, his inclusion in the story feels like it’s a way to soften the blow of Tosin Cole and Bradley Walsh’s departure, as if to remind us that a return for just about anyone is always possible – this is Doctor Who, after all.

Even with their icy-blue redesign, there’s no denying that the inclusion of the Daleks in an episode no longer has the impact of years past. They’re simply too ubiquitous for that, especially when it comes to tantalising the die-hard fans who are still wading through the BBC’s ‘Time Lord Victorious’ event. Even with the iconic villains, ‘Revolution of the Daleks’ doesn’t match the heights of bombast that some previous Christmas specials have reached. It doesn’t have the giddy lunacy of ‘A Christmas Carol’, but on the other hand, nor is it as fluffy as something like ‘Twice Upon a Time’ nor ‘Voyage of the Damned’.

What the episode does offer is a safe, solid story – a journey along well-travelled ground with Captain Jack along for the ride. It may not be a very special Special because of all the familiar elements, but it lands where the instalment probably needs to land, given the large scheduling gap either side of it. When you’re the only Doctor Who your audience is likely to enjoy for the better part of two years, it’s probably not wise to stray too far from the winning formula.

Not too silly, not too scary and not too convoluted; this is a textbook Chibnall-penned episode with a little extra fan-service for the holidays, and we’ll be back to talk more about its weightier moments soon enough. Until then: peanut-butter pretzels and/or mini sausage rolls. Sorted.

Revolution of the Daleks airs on New Year’s Day at 6.45pm on BBC One in the UK, and at 8pm [ET/PT] on BBC America in the US.