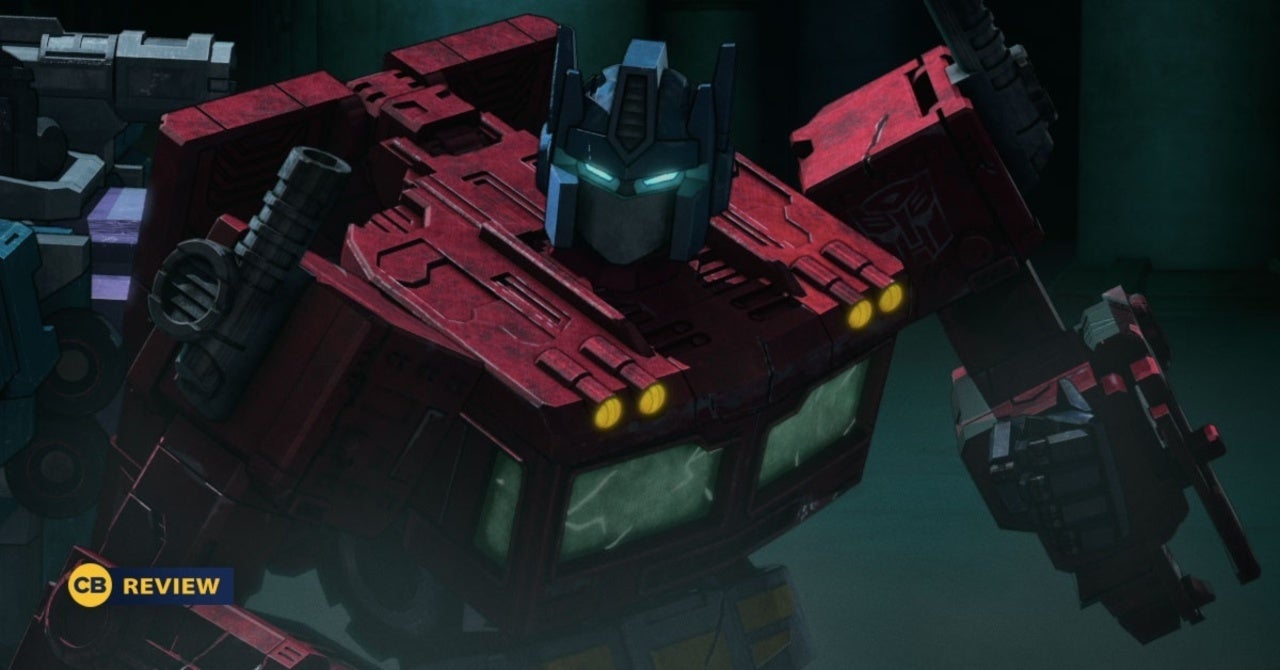 Those who tuned into Netflix and Rooster Teeth’s first entry in the Transformers: War For Cybertron trilogy discovered a stylish and more mature take on the beloved franchise with one heck of a cliffhanger. Now the time has finally come to dive back into this universe with the newest chapter in the trilogy, Transformers: War For Cybertron: Earthrise and fans are in for a wild ride that delivers the same pulse-pounding action and gorgeous visuals while also upping the ante on its ties to the greater Transformers universe, including some appearances and introductions that will absolutely delight longtime fans of the franchise.

Some time has passed between when the first series ends and Earthrise begins, though there’s not much storywise that jumps forward as a result, and the few changes are covered quickly when Earthrise begins. Earthrise does completely assume you’ve watched the first series though, so if you are new to it you will at least want to watch the original series finale before hopping in here, otherwise, it’s not going to make any sense.

Those that have watched that series, however, can jump right in, as Earthrise tells a two-pronged story of Elita-1’s fight to rescue those oppressed by Megatron and the Decepticons on Cybertron and Optimus Prime and the Autobots on the Ark, who are desperately trying to recover the AllSpark, which was lost after Optimus threw it through the Space Bridge to get it out of Megatron’s hands.

Towards the beginning of the series the events of Cybertron are innately more compelling, as while Elita-1’s Autobot forces are but a fraction of what Prime had to work with, she seems to get better results, as she and her team have been a huge thorn in Megatron’s side since the other Autobots left. Watching them work is a joy thanks to the perfect convergence of personalities and skillsets of the group, especially the dynamic between Jetfire (Keith Silverstein) and Elita-1 (Linsay Rousseau), who has truly come into her own as a leader and finally found her right-hand lieutenant in the former Decepticon. Throw in Red Alert (Todd Haberkorn) and my new favorite Autobot Chromia (Georgia Reed) and you’ve got a squad that I would happily watch 10 more episodes of in a heartbeat.

Things slow down a bit when the larger-scale plot comes into frame, following Optimus and the crew as they seek the AllSpark. Early on we meet a new faction of mercenaries that definitely play a role later down the line, and this also paves the way for a greater enemy threat to make their introduction. That said, while both of these do play a part in the season in later episodes, they don’t feel nearly as consequential as you’d expect, and honestly you could’ve swapped them out with any other number of characters and achieved mostly the same effect. They serve their purpose, but I wouldn’t say they left their undeniable mark on the series.

This aspect of the story does pick up considerably about midway through the season, and it’s there that all the richness of the Optimus and Megatron conflict starts to surface. The back and forth between Optimus (voiced by Jake Foushee) and Megatron (Jason Marnocha) on an action level is delightful, but it’s the smaller conversations between them that really bring all their baggage to the surface, with some surprisingly honest dialogue occurring between the two arch-rivals alongside several small but important glimpses into their pasts.

This all gets expanded upon wonderfully in episode 5, and while I won’t spoil any of the surprises here, let’s just say that if you’re a longtime fan of the franchise, this one will leave you dizzy in the best way possible. Two conversations happen in this episode that not only provide some sweet fan service but also open up some intriguing possibilities for the series all the while developing its two key leads in compelling ways.

As for how it all ends, we won’t spoil that either, but suffice it to say that this series knows how to craft a satisfying ending that hooks the viewer for what comes next. That said, the ending and season overall isn’t quite as satisfying as the original, but don’t let that stop you from jumping in, because what you will find is a gorgeous and action loaded adventure with heart and character development to spare, and the next chapter can’t get here soon enough.

Let us know what you thought of the series in the comments or as always you can talk all things Transformers with me on Twitter @MattAguilarCB!