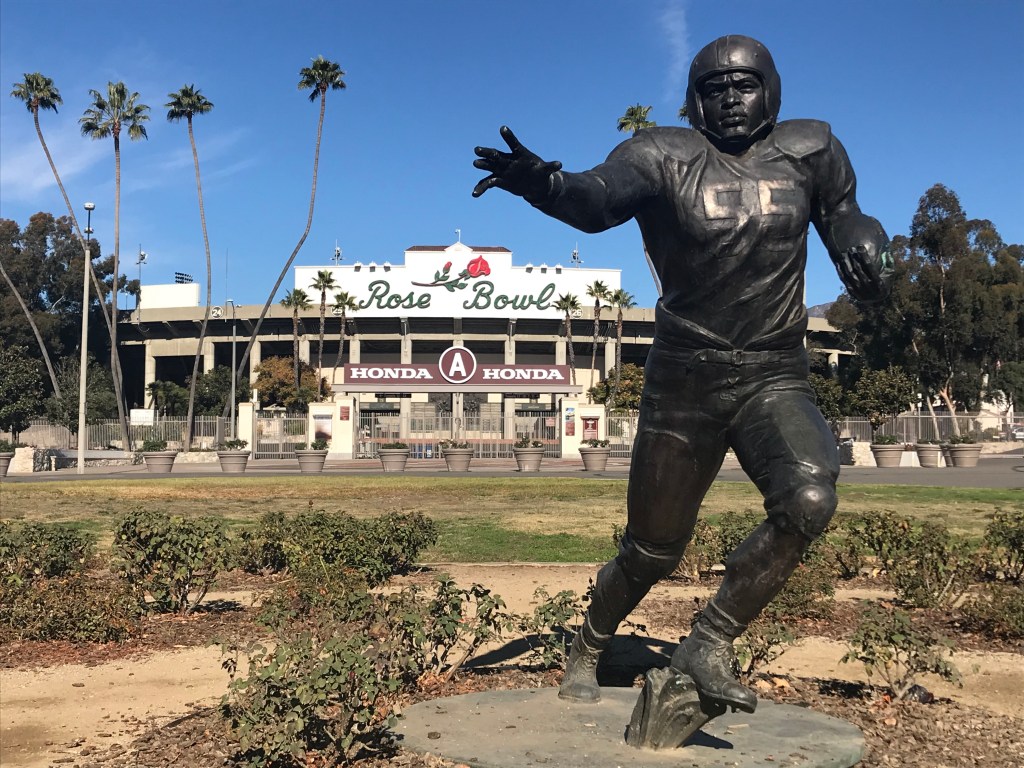 Rose Bowl organizers say an announcement is imminent on whether the actual name of Pasadena’s traditional game will be used in light of COVID-19 forcing it out of state for the first time in nearly 80 years.

The issue has hung in the balance since the state gave a final “no” verdict earlier this month to the game being played with fans in the 95,000-seat Pasadena Rose Bowl with limited fans in attendance.

Wanting to play the game in front of a live audience that would include family members of the players and others, organizers moved the game — a key semi-final in the College Football Championship Playoff — to Texas. That’s where a live crowd about 16,000 would be allowed inside AT&T stadium in Arlington to watch Alabama play Notre Dame, the winner advancing to the championship game.

Since then, the issue has been about whether the game being played on Friday will be called “The Rose Bowl.”

At stake is a mixed bag of concerns, including the continuity of the Rose Bowl brand, along with concerns about preserving the exclusivity of the game to Pasadena.

The name — a registered trademark, along with “The Granddaddy of Them All” — has long been shared by the Tournament of Roses Association and the city of Pasadena.

A Master Licensing Agreement has governed the parties since it was signed in 2003.

But the city and the Tournament have had to hash out terms over whether to enable the game’s name to be used for one day.

One focus was a force majeure clause in the agreement that would discharge the parties from contractual obligations to play in the Rose Bowl due to unforeseeable circumstances — such as the current pandemic.

Pasadena’s City Council met in closed session last week to discuss the issue, and had yet to report any action pending an agreement on the terms with the Tournament association.

Parties weren’t commenting on those terms, but it appeared Monday that an announcement would be coming in the next two days.

Organizers say under current contractual obligations, revenue streams from the game would stand.

The first Rose Bowl — then known as the Tournament East-West Football Game — was played on Jan. 1, 1902.

Not until 1942 was a Rose Bowl game played outside of the city: Oregon State and Duke played in Durham, North Carolina — the only time the game has not been played in Pasadena. The attacks on Pearl Harbor had just occurred on Dec. 7, 1941, and the West Coast was not considered safe for such a game.

Jeffrey Epstein Accusers Sue the Banks That Did Business With Him
Watch Lea Michele Sing ‘Don’t Rain on My Parade‘ to Open Macy’s Thanksgiving Day Special
Elon Musk’s New Twitter Verified Will Have Blue, Grey, Gold Checkmarks
Amazon Workers Walk Off the Job on the Biggest Shopping Day of the Year
Boost for UK car production as industry returns to growth