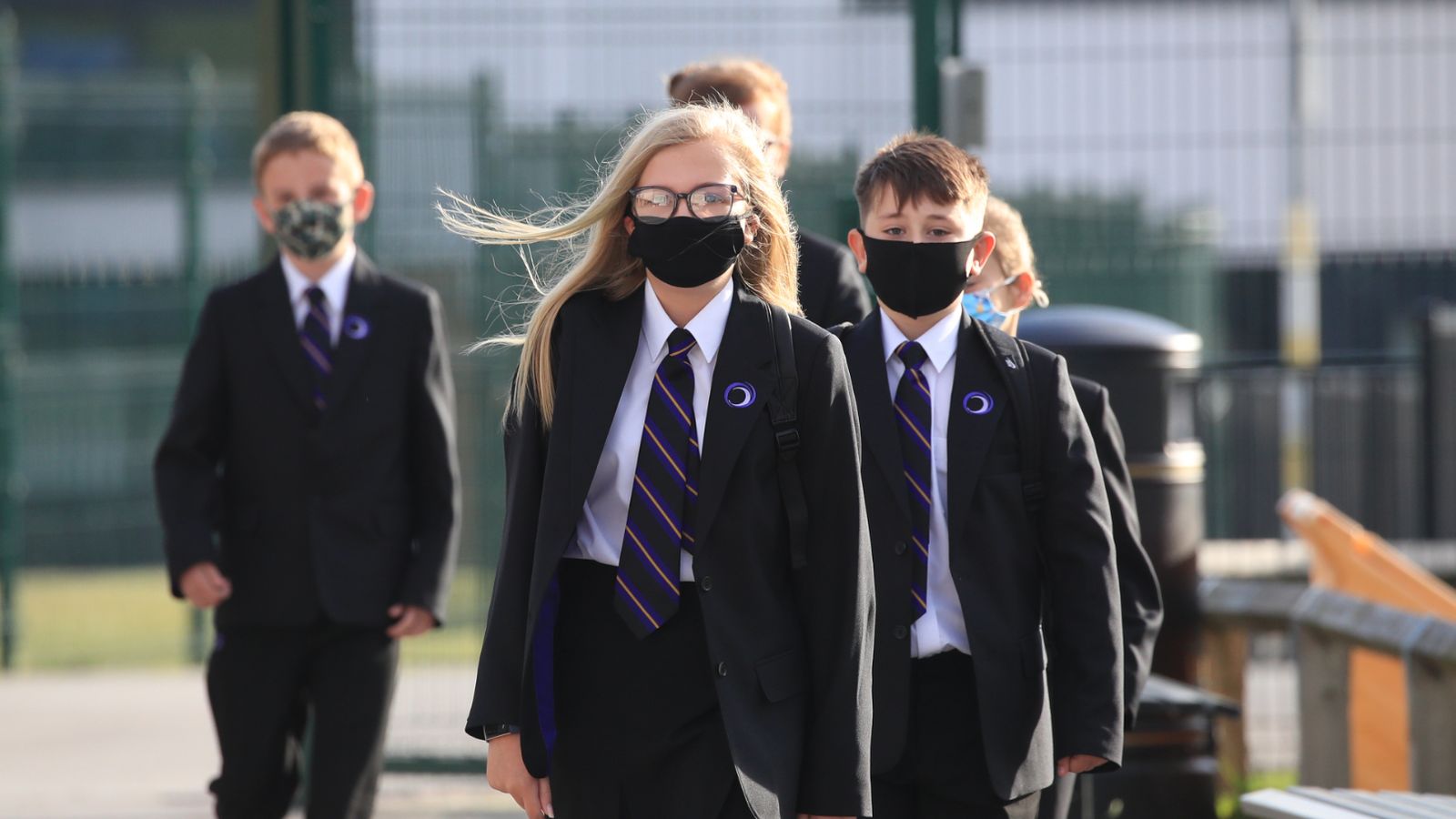 The military is being called in to help secondary schools and colleges with coronavirus testing at the start of the spring term.

Some 1,500 personnel will give planning support, training and phone advice to English schools needing help with the testing process and setting up facilities.

The government is pressing ahead with plans for primary school, older secondary school and college pupils to return in early January – despite scientists claiming a delay is needed if rising infection rates are to be brought under control.

Each secondary school and college in England will be offered testing, with £78m allocated to support this, the government has said, adding that schools will be given the kit they need.

In most cases, students will be expected to swab themselves under supervision of a school staff member or volunteer who has been trained for the role.

The military support of the programme begins this week and will consist mostly of webinars and meetings, although there will be teams capable of deploying at short notice to provide closer support if needed.

There are currently 2,914 military personnel supporting government departments and civil authorities in the coronavirus response.

Defence Secretary Ben Wallace said: “The UK Armed Forces are stepping up once again this holiday. This week I have authorised over a thousand Armed Forces personnel to assist schools returning after the Christmas break.

“They’ll share considerable experience of testing across the country and the successful school pilots conducted this autumn.

“We are grateful for the professionalism and commitment they and our colleagues in teaching are showing to get students back into the classroom and on with their education.” Schools to return, exams to go ahead, says Gove

Cabinet Office minister Michael Gove told Sky News that – for now – the government remained committed to its plan for pupils to return from 4 January under a staggered schedule.

“Our plan is that primary schools will go back but with secondary schools it will be the case that next week only children in Year 11 and Year 13 – those who are doing their GCSEs, their BTECs, their A-levels – those will go back,” he said.

A recent paper on the new COVID variant by the London School of Hygiene & Tropical Medicine warned that even action similar to November’s second national lockdown across England – in which schools remained open – is “unlikely” to reduce the rate of infection to below one “unless primary schools, secondary schools, and universities are also closed”.

Both London Mayor Sadiq Khan and Conservative mayoral candidate Shaun Bailey have called for schools to reopen later than planned in January. Delay to school return ‘needs to be extended’

NASUWT, the teachers’ union, wrote to Education Secretary Gavin Williamson on Monday to urge him to allow schools to “restrict onsite provision to pupils who are deemed to be vulnerable, together with children of frontline/key workers, and that such restrictions will apply in the case of those schools and colleges serving communities in the highest tier areas”.

Meanwhile, the Politico website reported the government’s Scientific Advisory Group for Emergencies (SAGE) – led by chief scientific adviser Sir Patrick Vallance – has urged ministers to keep secondary schools closed next month in a bid to dampen the rise in infections.

On Monday the UK recorded its highest daily increase in coronavirus cases since the pandemic began, with 41,385 positive tests.