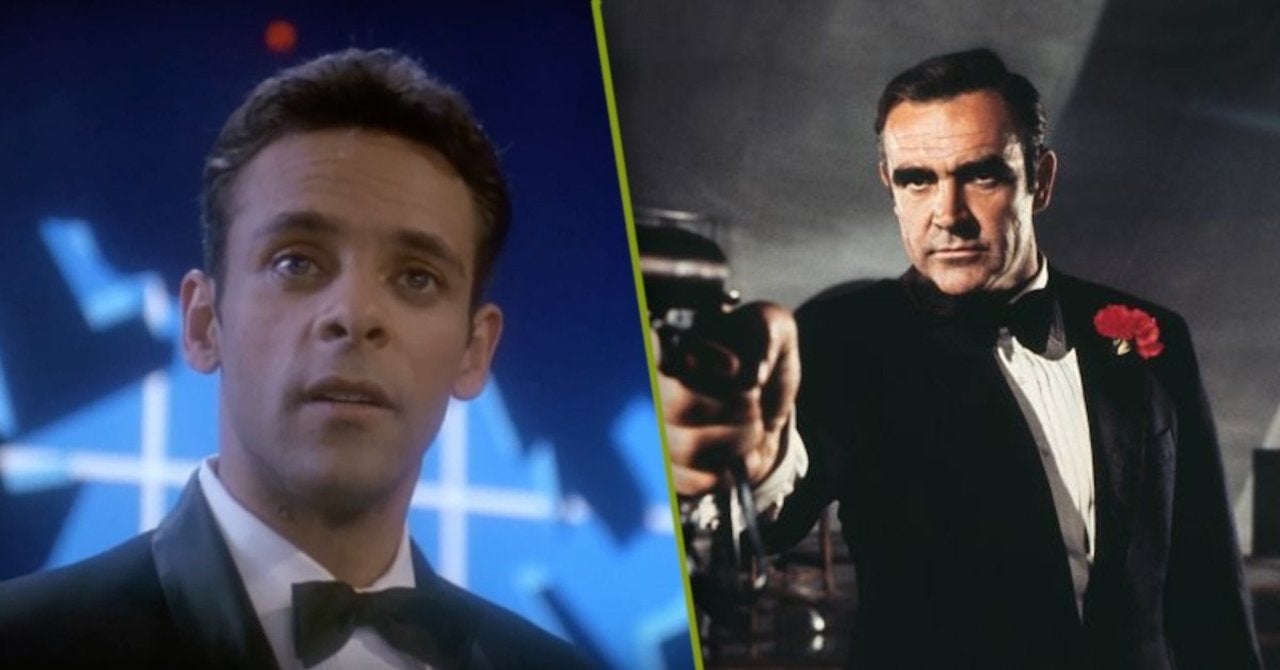 It was 25 years ago that Star Trek: Deep Space Nine took on James Bond, and the character’s rightsholders weren’t too pleased about it. “Our Man Bashir” saw Deep Space 9’s chief medical officer, Julian Bashir (Alexander Siddig), engaging in a holosuite program based on spy fiction, particularly the genre by way of James Bond. It was right around the time that actual spy Garak (Andrew Robinson) entered the program and began casting judgment that a problem aboard the space station drug the rest of the show’s core cast into the program and turned it from a harmless game to something more deadly.

“I remember it being a very fun episode to write,” Ronald Moore, the Star Trek veteran who wrote the episode, tells The Hollywood Reporter in a new interview. “It was one of our more challenging shoots, too, if I recall. I had always loved the classic James Bond movies, I grew up with the Sean Connery films, so it was a great opportunity to combine a version of them with another thing I loved, which was Star Trek.”

But MGM did not appreciate Moore’s attempt to emulate those classic Bond movies in Star Trek’s universe. “MGM sent us a letter,” Moore says. “I don’t recall [Bond producers] the Broccolis being on it or having signed it, but I remember after the episode aired, the studio sent us a very stern letter. And it even got back to some of the higher-ups at Paramount. It seems [MGM was] not very flattered by our ‘homage,’ but it wasn’t like we got in any serious trouble or anything.”

While MGM didn’t appreciate the episode, Star Trek fans enjoyed it, and it proved pivotal for Bashir’s character growth. “It was an important episode for Siddig’s character,” Moore says. “At the time, we were still trying to figure out how best to use Bashir and give him agency, because we cast such a talented and versatile actor to play this character. You want to service those talents and the character the best way you can. And I remember there was this sort of change in how Bashir was treated and perceived by the fans, at least in our experience, from that point on. And I think Siddig said as much in interviews at the time or whatever. It was really a key moment for the character, a fun turning point for him, that helped us as writers when it came to find more stories for [Bashir] to do.”