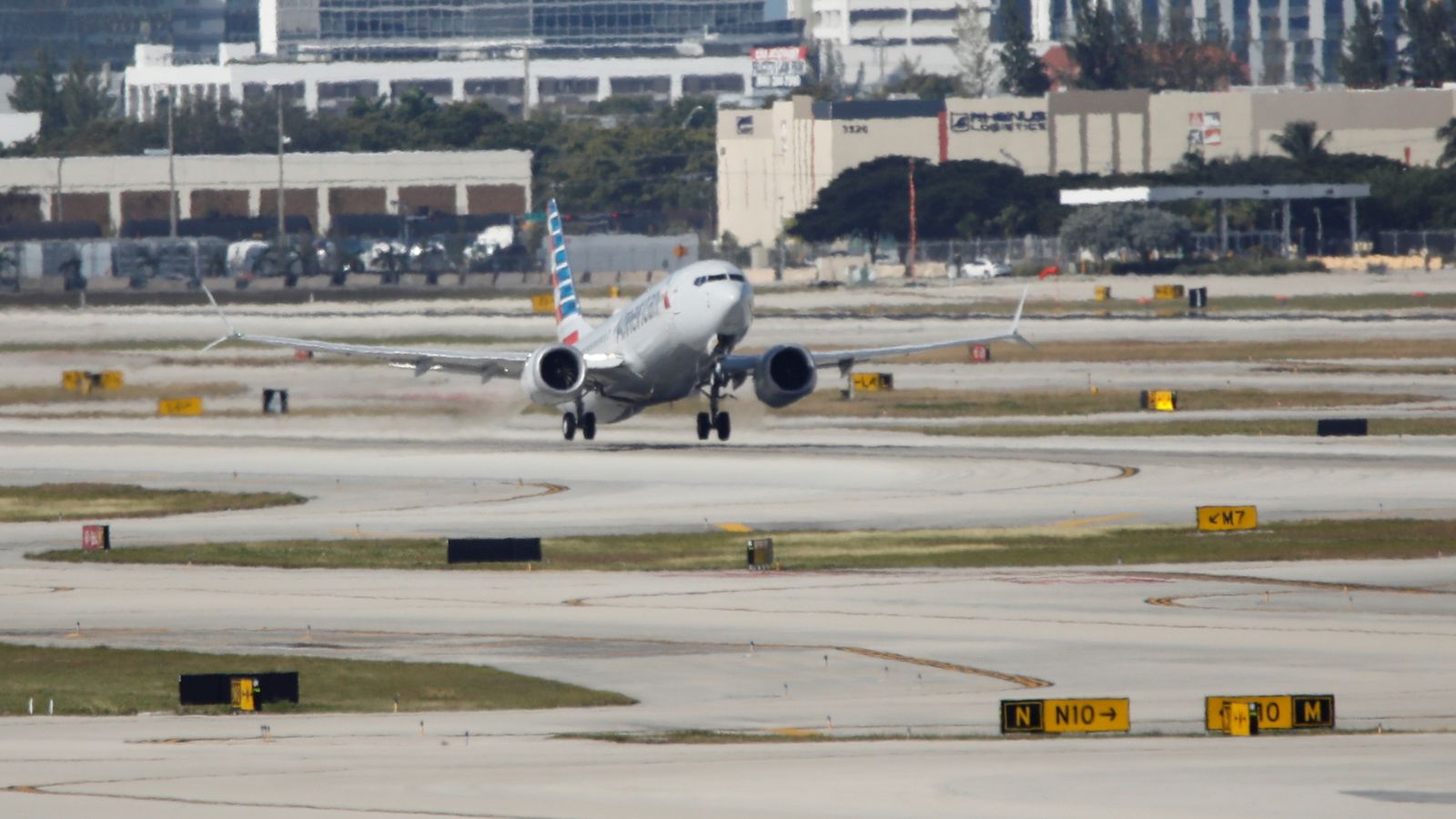 Boeing 737 MAX aircraft have resumed passenger flights in the US for the first time since a 20-month safety ban was lifted last month.

American Airlines flight 718, carrying around 100 passengers, landed at New York’s LaGuardia Airport on Tuesday after departing from Miami earlier in the day.

The airline and plane manufacturer Boeing have sought to reassure the public over the safety of the 737 MAX after it was cleared by US regulators to resume flights in November.

The MAX airlines were grounded in March 2019 for 20 months after two fatal crashes in five months – in Indonesia and Ethiopia – killed a total of 346 people.

In both crashes, the system caused the nose of the aircraft to be pushed down repeatedly based on faulty sensor readings, and pilots were unable to regain control.

That was lifted by the Federal Aviation Administration (FAA) last month after Boeing agreed to software upgrades and new safety precautions on a flight control system linked in both crashes.

The flight comes after a host of measures by the airline, including flight control updates, maintenance work, fresh pilot training and meetings with flight crews to explain Boeing’s changes and address concerns.

American is the third airline to globally resume flights after Gol Linhas Aereas Inteligentes and Grupo Aeromexico earlier in Decemeber. All three have said customers will have the chance to change flights if they are uncomfortable with the MAX aircraft.

It currently has 31 737 MAX aircraft after it received seven more of the jets following the lifting of the safety ban.

The COVID-19 crisis has landed the airline industry into its worst crisis, with hundreds of planes grounded and demand hovering at around 30% of 2019 levels.

Airlines are also deferring deliveries of 737 MAX aircraft because of the pandemic.

Boeing has lost billions during the grounding because it has been unable to deliver new planes to customers, and orders for the aircraft have plummeted.

‘SNL’: Aubrey Plaza Runs Into Amy Poehler During Backstage Tour
New Research Delves into the World of Malicious LNK Files and Hackers Behind Them
Brendan Fraser Crashes ‘The Mummy’ London Screening
12 of the Funniest Books Ever to Start the New Year With a Hearty Chuckle
Brad Pitt Makes Super Bowl Pick, ‘Chiefs, Baby!’