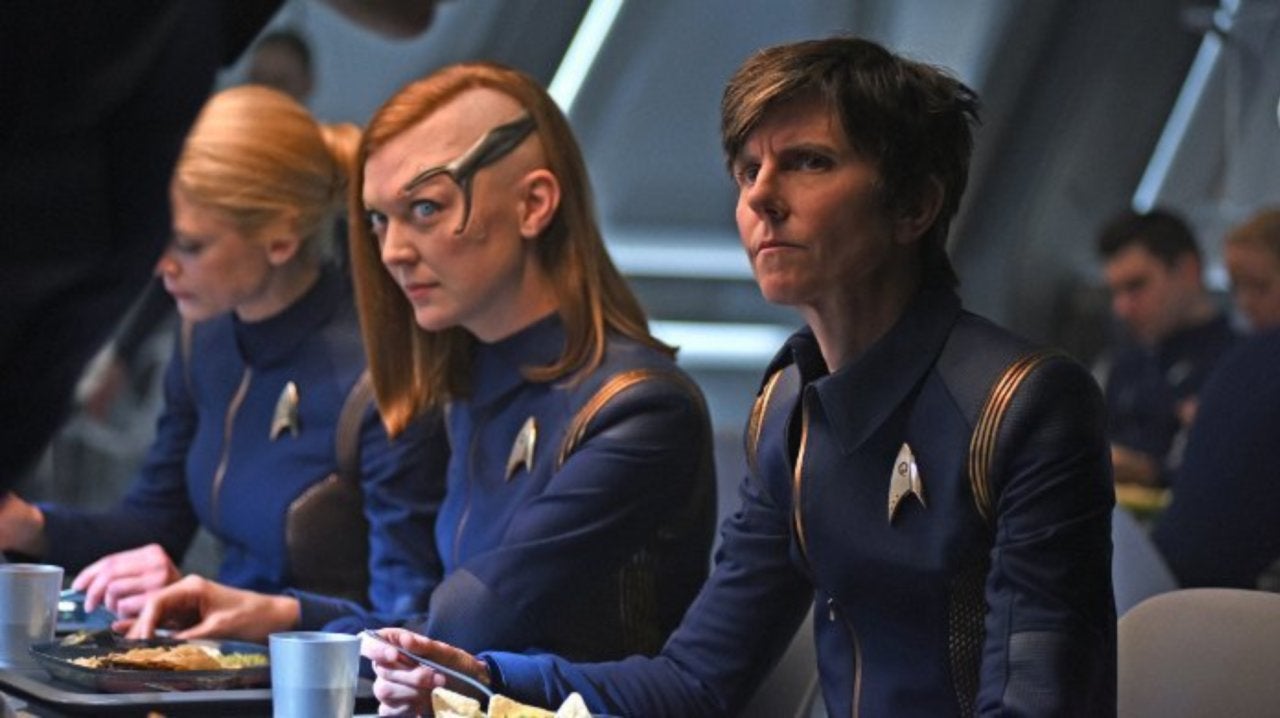 Tig Notaro’s Cmdr. Jett Reno will be back for the fourth season of Star Trek: Discovery, though in a reduced capacity. Notaro plays the sardonic engineer who joined Discovery‘s crew after being rescued in season two. She appeared on the Fitz Dog podcast to chat with comedian Greg Fitzsimmons. Notaro is a recurring guest star on the CBS All Access series. During the podcast, she revealed that she’d missed some opportunities in Discovery’s fourth season because she wasn’t ready to fly to Toronto with the coronavirus still a going concern, but she’s hoping things will be better by May when she’s next expected to work on the show.

“I’ll have you know I just shot an action film, also I am on the new Star Trek show,” she says (via Trek Movie). “That movie is called Army of the Dead. And I am on the CBS show Star Trek: Discovery… Commander Jett Reno. They let me name myself and I named myself after Joan Jett, but it does sound like Janet Reno, I know… I’m the comedic relief and it’s so much fun… I’m podcasting but I’m also oddly veering into action, outer space, and zombie films… didn’t see it coming.

“Well I’m just a recurring character on Star Trek and it’s in Toronto and I didn’t feel safe flying, so I forfeited some work there. But the other chunk of work is supposed to be in May and so hopefully things will be in better shape with the pandemic in May. And if not, I’ll just drive out there probably… So hopefully in May I can go back out and finish, but it was just too much for me to go two times to Toronto for one season as a guest star. But I love it. My friend [Alex Kurtzman] was a creator of this Discovery show so I’ve known him since I moved to L.A. 22 years ago and he put me on the show. So yeah, that’s where life has led me.”

Notaro has spoken before about what it’s like playing a character in the Star Trek universe, especially one who has to speak so much technobabble. “It’s very different,” Notaro told Space. “I like it, I like being a recurring role on Star Trek… I’m not looking to become a full cast member but I enjoy the world, and I enjoy the cast and crew, and I think what I have going on is kind of perfect.

“I did follow Star Trek when I was a child, the original series… obviously, I’m more familiar with Discovery now, but I love being a part of it, if just simply for the ability to tell people I am on Star Trek, it’s really fun to be able to say that. It’s fun, I’m proud to be a part of it. My sons, they think I actually work in space because whenever I go off to Toronto to film Star Trek, I always tell them I have to go work on the space rocket “

OnePlus Ace 2 Confirmed to Launch on February 7; Specifications and Features Teased
New Wave of Ransomware Attacks Exploiting VMware Bug to Target ESXi Servers
Moments in Young Adult Novels That Made Me Feel Old
Super Bowl 2003: Shania Twain Performs “Man! I Feel Like A Woman” & More During Halftime Show
What’s Next for DC Studios: The Good, the Bad, and the Bizarre