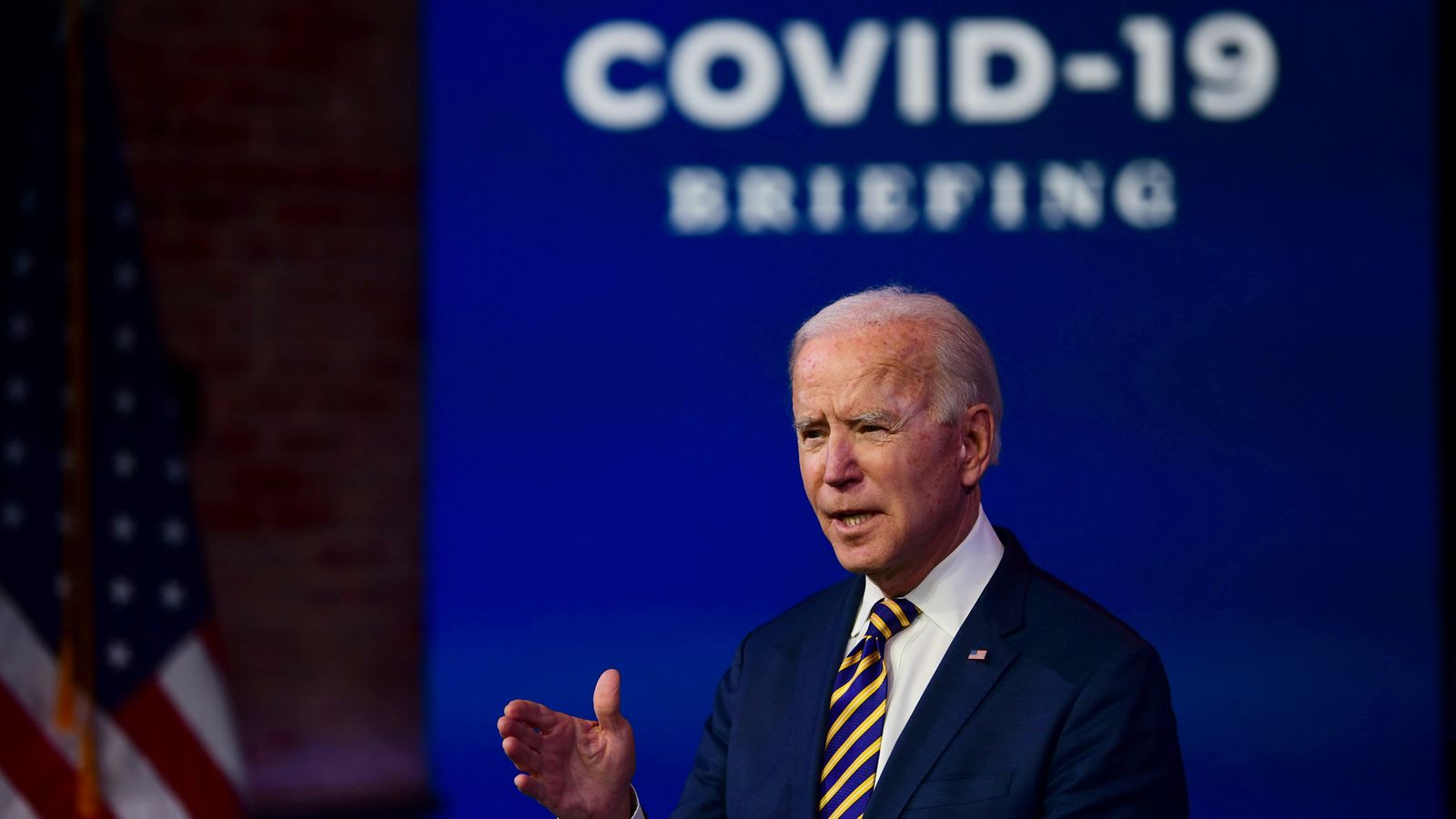 Joe Biden has warned the US is “falling far behind” in its attempts to vaccinate people against COVID-19.

At the current pace, the president-elect said it could take “years, not months”, to inoculate the American people.

Shortly after Mr Biden addressed the nation, it emerged that a case of the more transmissible variant of coronavirus, first detected in the UK, had been discovered in Colorado.

It is the first known example to be found in the US. 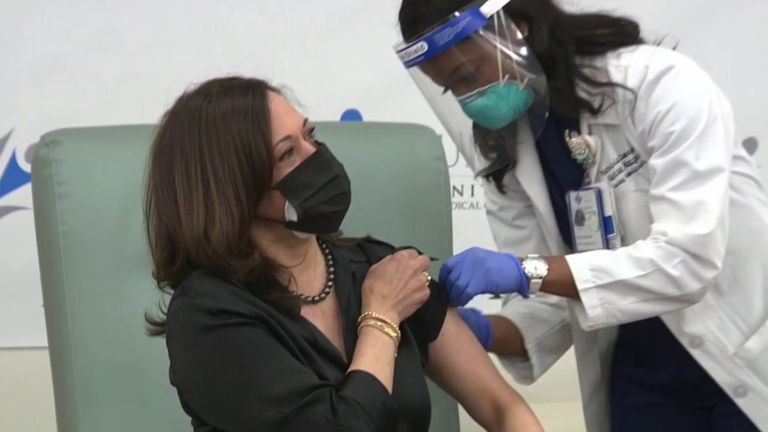 Mr Biden said he had just been briefed by experts and warned that “maybe the toughest” months of the pandemic are ahead, adding that “things will get worse before they get better”.

“Hospitals are being stretched beyond capacity,” he said, calling on Americans to “steel our spines for what’s ahead” and predicting that improvement may not arrive “until well into March”.

Turning to vaccines, Mr Biden, who will be inaugurated on 20 January, said the current government’s plan to distribute them is “falling behind – far behind”.

He added: “A few weeks ago the Trump administration suggested that 20 million Americans could be vaccinated by the end of December.

“With only a few days left in December, we have only vaccinated a few million so far.

“At the pace the vaccination programme is moving now, it would take years, not months, to vaccinate the American people.”

The Biden-Harris administration will “spare no effort” in ensuring that people receive a jab, he said, adding that one of his objectives in his first 100 days in office is to get 100 million shots administered.

That would require giving one million doses a day – five to six times the current number, Mr Biden said.

In Colorado, the case of the new variant was found in a man in his 20s with “no travel history”, an update from the governor’s office said.

He is in isolation and will “remain there until cleared by public health officials”.

“The Colorado state lab was the first in the country to quickly identify the variant through sophisticated analysis of testing samples,” the update added.

“There is a lot we don’t know about this new COVID-19 variant, but scientists in the United Kingdom are warning the world that it is significantly more contagious,” Governor Jared Polis said.

“The health and safety of Coloradans is our top priority and we will closely monitor this case, as well as all COVID-19 indicators, very closely.”