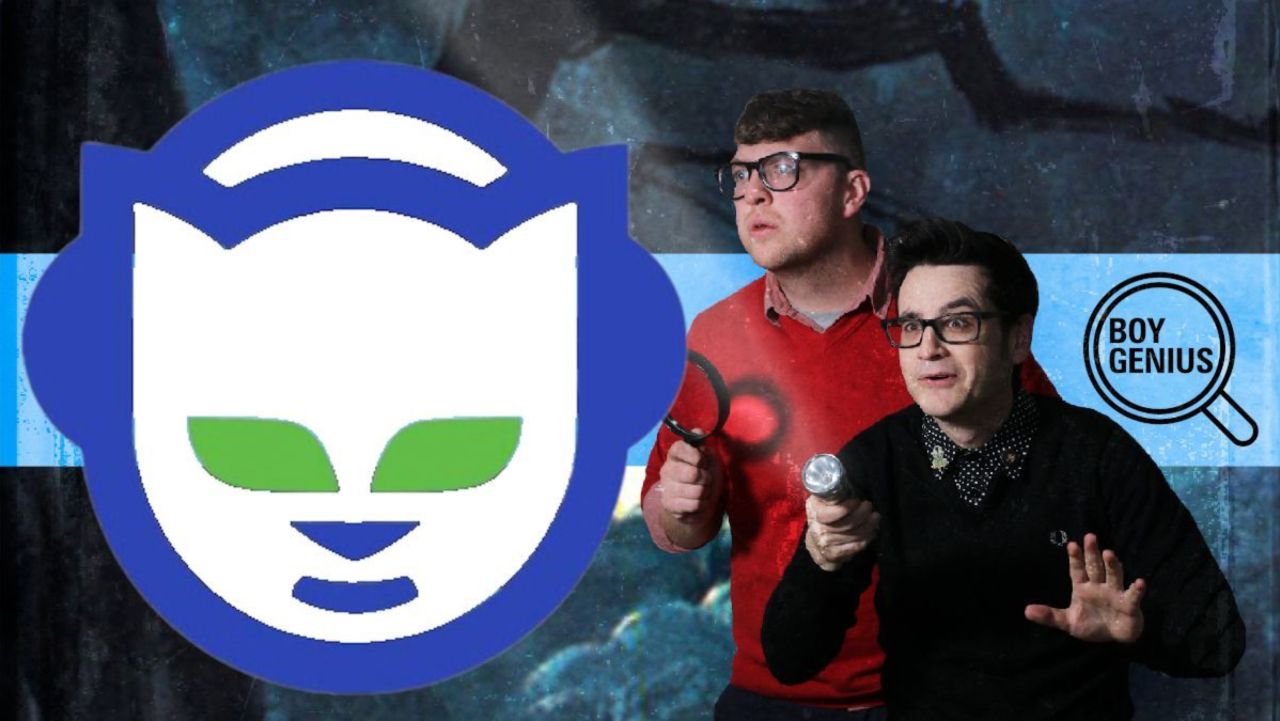 Comic book writers and podcasters Dave Baker and Andrew Price, whose Deep Cuts podcast explores the seedy underbelly of pop culture, revealed their 2020 finale today, and it’s a musical. The Rise and Fall of Napster is about two hours long, and features music from the duo and a handful of their friends. It comes on the heels of a recent episode where they explored the making of Sandlerton, a musical Price and musician and impressionist Matt Harbert put together in 2017, but which improabably went viral in 2020 as a result of a fluke of the Spotify algorithm that suggested it to millions of fans of Hamilton.

Sandlerton saw Harbert performing all the songs from Hamilton in a voice that imitated Adam Sandler’s comedic singing voice. The Rise and Fall of Napster sees Andrew and Dave (along with Hillsmer, a “space demon” who periodically appears on Deep Cuts) look back at the improbable rise and fall of what might have been the most popular music-piracy site of all time.

You can listen to the podcast here.

Last week’s episode of Deep Cuts set this one up a bit, as it was a holiday special starring Hillsmer, who also appeared in a similar Halloween special back in October.

Price writes the indie comic Deadbolt: A.I. Private Eye, while Baker writes comics like Action Hospital, Night Hunters, and Star Trek: Seven’s Reckoning. One of their recent episodes of Deep Cuts also explored a domestic terrorist who wrote comics and YouTube videos based on his “real-life superhero,” the Phantom Patriot.

While it’s a lot less…well, musical…the rise and fall of Napster was the subject of a documentary film called Downloaded in 2013 from Bill and Ted’s Excellent Adventure and Freaked star Alex Winter.

Here’s how Deep Cuts breaks down the credits for the musical:

The Rise and Fall of Napster was written by Andrew & Dave. All of the songs in this production were written, produced, and performed by the Deadboy Detectives. With drums performed by Jake Naugle And sound mixing by Santiago Morillo Segovia, except: “Always Be Alright,” which has additional vocal performance by Jadyn Beyer and Ephraim Price; “A Simple Code,” which was written and produced by Jeremy Arambulo with lyrics written by Andrew Price and Dave Baker, and performed by Dave Baker. The incidental music used in this production was created by D. Catalano. Special thanks to Jadyn Beyer for allowing her home to become a recording studio for the entire month of December without completely losing her mind. And to Ephraim and Alastair Price, who inspired all of these songs.

Watch An 8-Year-Old LeAnn Rimes Show Off Her Impressive Vocals On Star Search
‘It Felt Like a Rape’: Pamela Anderson on Her Sex Tape Saga
Topshop pensioners fashion £1bn funding deal with Aviva
Google Pixel Tablet Image Leaks Online; Suggests Only One Model May Be Launched
Outrage Around the U.S. as Memphis Police Release Footage of Fatal Assault on Tyre Nichols