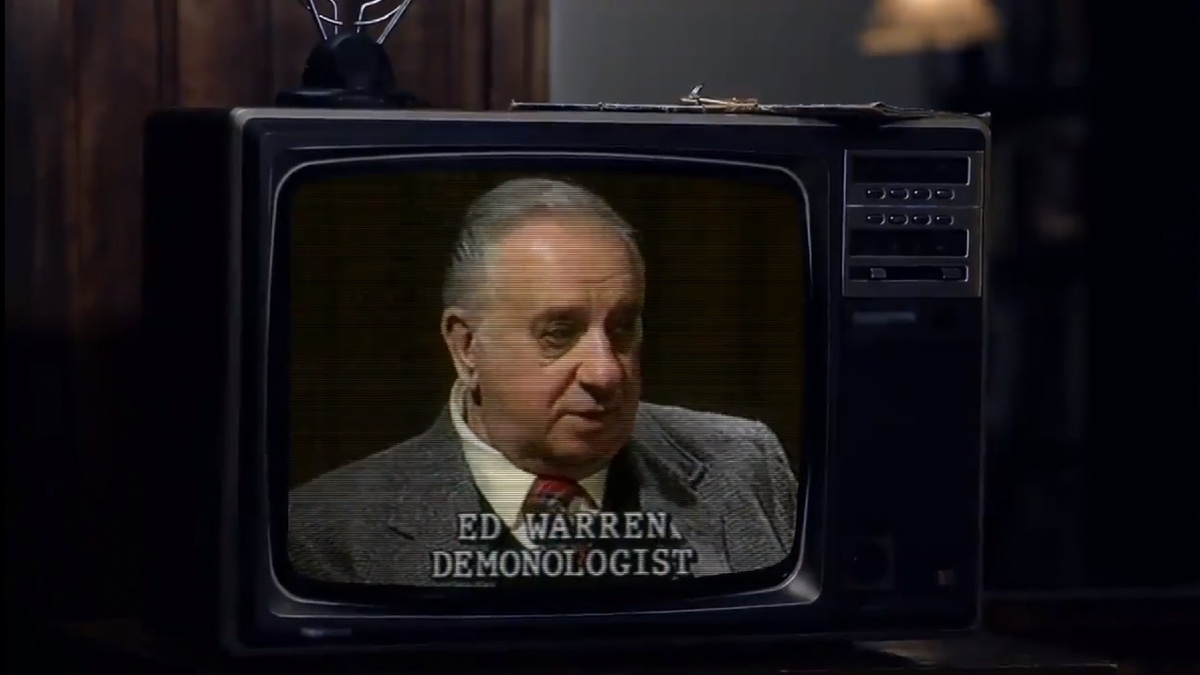 What can be said about the Amityville, Long Island “Horror House” that hasn’t been said before? Not much apparently, but discovery+’s special “Shock doc” Amityville Horror House has a great, gory time going over it again. First, they tell us what we already know, the beautiful house in the affluent suburb, just an hour from Manhattan, is known as the most haunted house in America. Then they tell us more about what we know, the 1979 film Amityville Horror was a huge hit, breaking box office records, which made ghost hunting movies accessible to everyday people. But it brought unwanted attention to the town of Amityville. A community so tight, with people so caring, they can’t hear the sounds of nine rifle blasts at 3 a.m. on a quiet suburban street.

The narration is positively delicious. It’s like the old Unsolved Mysteries on crack and dusted with meth. The high point of this comes early when the narrator’s voice cracks on the words “what could have driven a man to murder his entire family.” By the time he hits the word “family” it’s no longer a question of guilt or innocence, good or evil. The narrator’s very soul lies in the balance. His entire world view has been rocked, and he’s trying desperately to maintain his objective composure. Go back and find it if you’ve seen it. Play it a few times. But not three, because then you conjure the Amityville demon, like he’s some kind of Long Island Bloody Mary.

This is where the fun really lies in Amityville Horror House. The people who put it together are obviously enthusiastic fans of the genre, and the specific case. They don’t care how many times it’s been told. This is a campfire tale, and it gets better to them every time they hear it. It’s positively infectious. Like the horror of the Amityville house itself. Who can resist stories about secret doors, possible pathways to hell, gelatinous mystery droppings, and a stench no motion picture can capture without John Waters’ trademarked SmellOvision? The facts have been covered before, but the special rolls them all out as new. This makes it an excellent primer for the uninitiated, and a greatest hits package for those who’ve been haunted by the hauntings for years.

The special then takes great pleasure in revealing one more fact we’ve all known: the horrific legend didn’t begin with the haunting. The haunting was a side effect of a horrific crime. Ronald DeFeo Jr. murdered his whole family in that house. There are films about just that aspect of the ongoing case. But then comes a detail which hasn’t come out in the previous documents of one of the most documented paranormal cases in the history of the “science.” During a 1992 interview the special shows, DeFeo Jr. says a priest, sitting in the courtroom, watched DeFeo’s testimony and decided the young man who watched his brother twitch after shooting him in the spine was possessed.

Demons exist, devils are among us. We hear this from Ed and Lorraine Warrens’ reports and throughout their entire caseload. Forget the fact the 23-year-old mentally unstable murderer changed his story several times, even implicating the Mafia, before he came up with the voices-in-his-head story. Or that many heroin addicts find God in prison when they get a good first fix from the crucifix. The possession story begins with the priest’s interpretation of a man on the stand.

The paranormal investigator Jeff Belanger admits he’s scared of seductive demons. He goes into these hauntings with the fear of being charmed by the most interesting man in the room. The House has that effect on the Lutzes, who buy it with hardly a thought in the world about how they might exploit it. They just liked the price, and admired old school workmanship like hand-carved bannisters, and intricate doorways. They really matched the bed frames their previous tenants were shot on, which came with the house.

The fly infestation has puzzled viewers and investigators since the first probes were done on the Amityville House, but this documentary inadvertently explains the phenomena to me. The priest and the mother both encounter dozens of flies in the sewing room, a room where one of the murders happened. A room which retained all the original furniture. We learn that the police reported the entire house was swarming with flies when they first investigated in the aftermath of the killings. The documentary had already pointed out that DeFeo went to work after committing the murders. The flies had time to congregate where the corpses were decaying in that time. They probably laid eggs in the sewing room. Of course, it’s more fun to believe the lord of the flies is at work, though, because the documentary special jumps immediately on demonic infestation.

The documentary presumes the evil which resides in the house caused the parental abuse which predates the murders. It isn’t a family dynamic to these investigators. It is proof of a demonic presence. The Lutz family gets off with a warning, at least when it comes to accusations they played the drama up for quick cash. The documentary also includes video footage and audio interviews, on the original cassettes, with Lutz family, as well as DeFeo Jr, and Ed and Lorraine Warren. The special also features Jason Hawes from the paranormal investigative series, Ghost Hunters.

The gore factor is pretty high. We get crime photos of bloodstained sheets, and other tawdry bits to keep true crime aficionados happy, and enough dire Catholic Church warnings to titillate fans of The Conjuring series. The Amityville Horror House doesn’t give any definitive answers, but it doesn’t skimp on creepy conjecture. Stylistically, this could have been made soon after the original crimes and hauntings began. It eagerly carries the vibe of the time, and happily gives up the ghosts for god-fearing demon-worshippers of all generations.