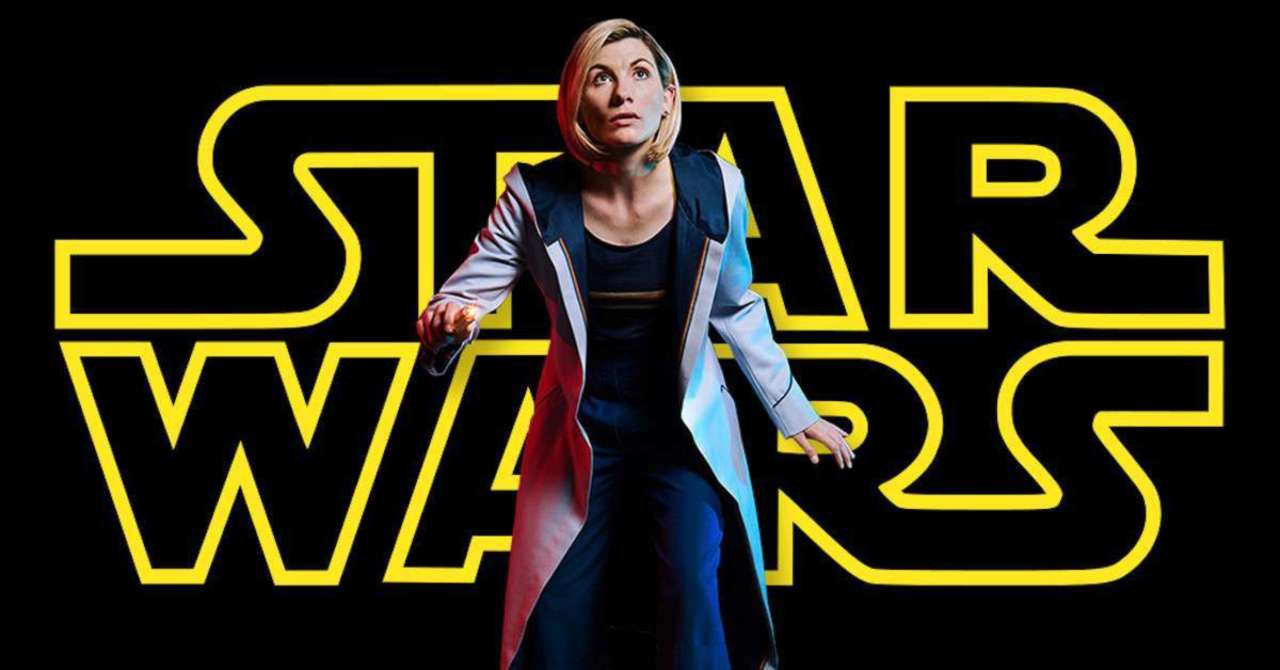 Doctor Who nodded towards another sci-fi institution, the Star Wars franchise, in its annual holiday special. “Revolution of the Daleks” aired on New Year’s Day, bringing back John Barrowman as rakish companion Capt. Jack Harkness. But the episode also draws on events from the first and second seasons of Jodie Whittaker’s run as the Thirteenth Doctor. To make sure fans had the relevant information in mind, “Revolution of the Daleks” began with a recap that started with the words “A LONG TIME AGO… FAR, FAR AWAY…” in gold letters on a black background. After a beat, “(2019)” appears under the first line and “(Cheltenham)” under the second.

It’s a tongue-in-cheek reference to the iconic introduction at the beginning of every installment of Star Wars’ Skywalker saga. The words “A long time ago, in a galaxy far, far away…” typically appear in blue at the beginning of each of those films, but the opening crawl that follows is always in gold text. “Revolution of the Daleks” uses the gold text again during the episode to reveal that the Doctor’s imprisonment 79 billion lightyears away from Earth.

The episode started with a Star Wars homage. It ended by revealing that comedian John Bishop will join Doctor Who in its thirteenth season as a new companion, replacing exiting stars Tosin Cole, who played Ryan Sinclair, and Bradley Walsh, who played Graham O’Brien. Bishop plays a character named Dan and joins Mandip Gill, who’s staying with the show for another season as companion Yasmin Khan.

“If I could tell my younger self that one day I would be asked to step onboard the TARDIS, I would never have believed it,” Bishop said in the announcement. “It’s an absolute dream come true to be joining Doctor Who and I couldn’t wish for better company than Jodie and Mandip.”

Showrunner Chris Chibnall added, “It’s time for the next chapter of Doctor Who, and it starts with a man called Dan. Oh, we’ve had to keep this one secret for a long, long time. Our conversations started with John even before the pandemic hit. The character of Dan was built for him, and it’s a joy to have him aboard the TARDIS.”

That pandemic caused a delay in filming the next season of Doctor Who. Production is now underway, though with reduced episode order.

If you missed “Revolution of the Daleks” when it aired on New Year’s Day, it is now available to stream via the BBC’s iPlayer in the United Kingdom or through BBC America’s website or app for US viewers.