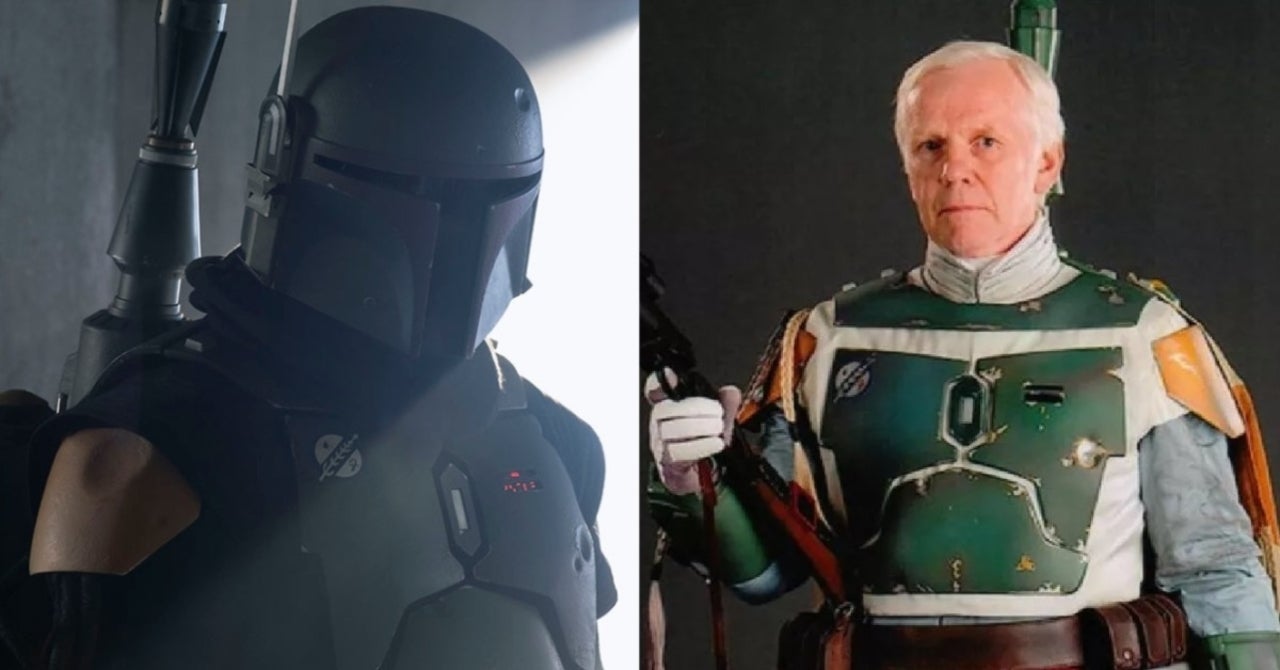 The season 2 finale of The Mandalorian now includes a dedication honoring the memory of original Boba Fett actor Jeremy Bulloch, who died on December 17 aged 75. The end credits trailing episode “Chapter 16: The Rescue,” released to Disney+ at midnight on December 18, now conclude with a tribute honoring the actor who first donned the armor of the feared bounty hunter in 1980’s Star Wars: The Empire Strikes Back and 1983’s Star Wars: Return of the Jedi. Bulloch’s successor Daniel Logan, who portrayed a young Boba in 2002’s Star Wars: Attack of the Clones, was the first to report Bulloch’s death on December 17.

In a first tribute recognizing Bulloch’s captivating and unforgettable performance as Boba Fett, Lucasfilm said the Star Wars veteran would be “remembered not only for his iconic portrayal of the legendary character, but also for his warmth and generous spirit which have become an enduring part of his rich legacy.”

On Twitter, Bulloch’s Empire Strikes Back and Return of the Jedi co-star Billy Dee Williams paid tribute to “the best bounty hunter in the galaxy.” Luke Skywalker actor Mark Hamill remembered Bulloch as the “quintessential English gentleman,” calling him “a fine actor, delightful company & so kind to everyone lucky enough to meet or work with him.”

When the Doctor Who and James Bond actor announced his retirement from convention appearances in 2018, Bulloch called his role in the Star Wars galaxy “a privilege.”

“It is with a heavy heart that I have decided to stop attending conventions and hang up the Fett helmet,” Bulloch said in the 2018 statement. “It has not been an easy decision to make. In 1979 I was called onto the set of Empire Strikes Back to play Boba Fett, and since that day it has changed the entire direction of my life in such a wonderful way. It has been a privilege to have had the opportunity to inspire so many generations of Star Wars fans. I have had over 20 years of traveling with my wife Maureen to some amazing countries and have met so many wonderful fans. Thank you all so much and we will miss you all.”

All episodes of The Mandalorian are now streaming on Disney+.