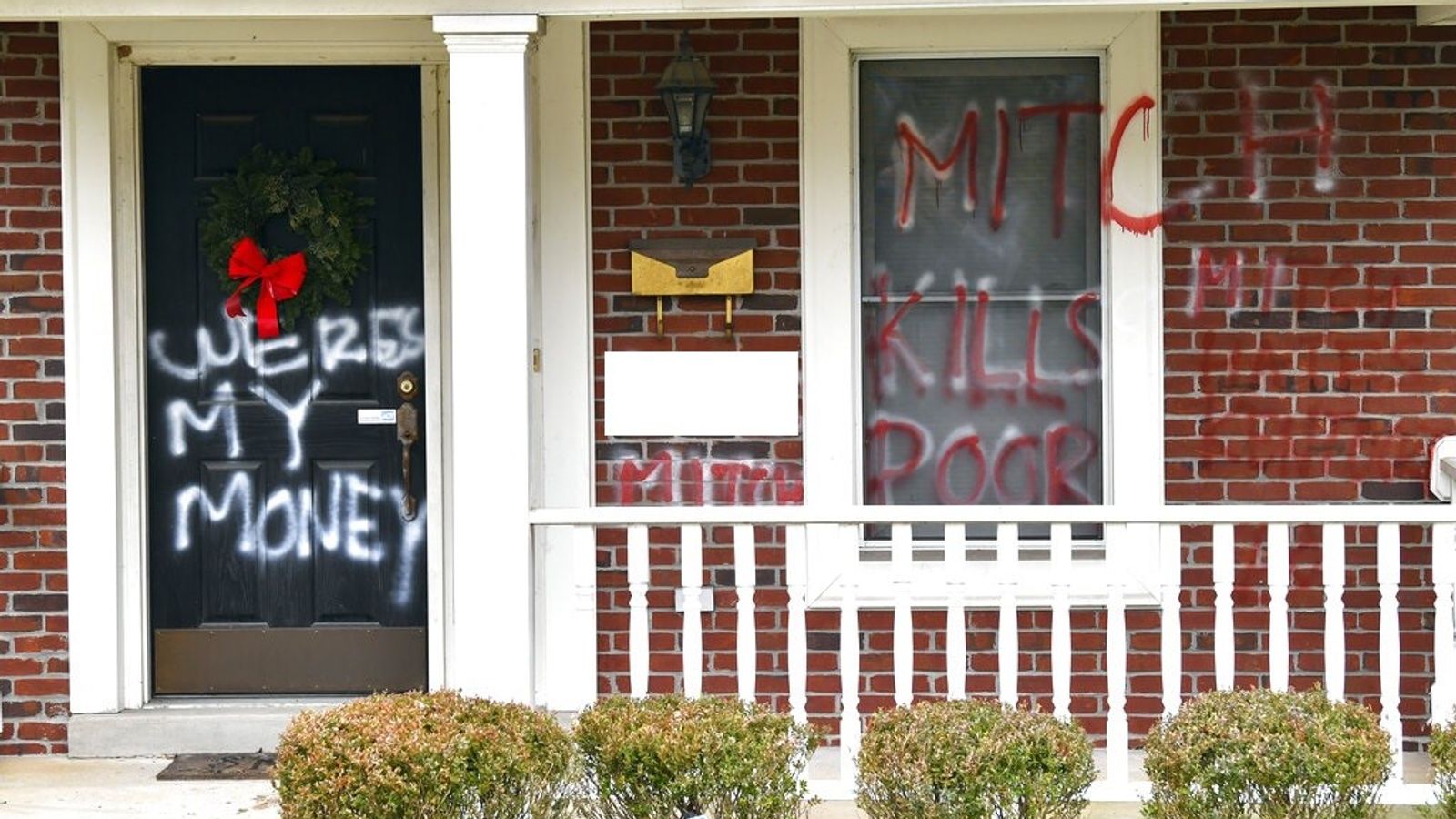 Vandals have targeted the leaders of the US House and Senate after Congress failed to increase the amount of money being given to Americans to help them get through the coronavirus pandemic.

Mr McConnell’s home was targeted at around 5am on Saturday and was left with spray paint on the door reading: WERES (sic) MY MONEY.

Scrawled on a window was MITCH KILLS THE POOR and there was a profanity painted under the mailbox.

Afterwards he described the vandalism as a “radical tantrum”, adding: “I’ve spent my career fighting for the First Amendment and defending peaceful protest.

“I appreciate every Kentuckian who has engaged in the democratic process whether they agree with me or not. This is different. Vandalism and the politics of fear have no place in our society.”

In San Francisco, the home of House Speaker Nancy Pelosi was also vandalised, with graffiti, a pig’s head, and fake blood.

Police said the vandalism was reported at around 2am on New Year’s Day.

According to KGO-TV, the graffiti at Mrs Pelosi’s home included the phrases “$2K”, “Cancel rent!” and “We want everything”.

The increase was supported by President Donald Trump and was passed by the Democratic-led House, but was blocked by Mr McConnell in the Senate.