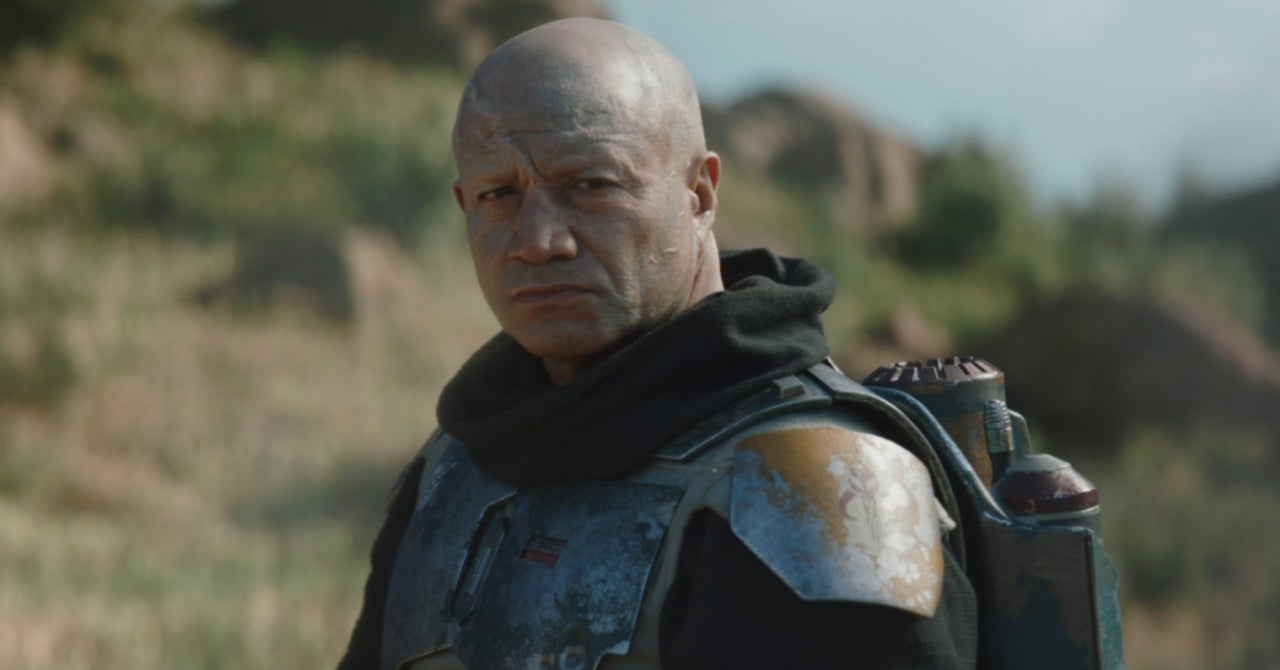 Star Wars veteran Temuera Morrison is a busy man making his way through the galaxy. After joining season 2 of The Mandalorian as the armored bounty hunter Boba Fett, Morrison and co-star Ming-Na Wen reunited in The Book of Boba Fett spin-off that rolled cameras late last year. According to reports, Morrison will reprise his role as the cloned Commander Cody opposite Ewan McGregor and Hayden Christensen in Obi-Wan Kenobi before returning alongside Pedro Pascal in the third season of The Mandalorian that will release sometime in 2022.

Once Morrison wraps production on Book of Boba Fett, due out on Disney+ in December, he’ll join McGregor in England for an early March shooting start on Obi-Wan, according to a report from LRM Online about Morrison’s so-far unconfirmed role. Morrison then returns to the United States to begin production for an undetermined amount of episodes on season 3 of The Mandalorian, bumped from the previously announced Christmas 2021 release slot filled by Boba Fett.

The report adds the delayed production start for Mandalorian season 3 is due to scheduling and COVID-19 protocols. Series creator Jon Favreau and writer-director Dave Filoni are among the Mandalorian talent working on Boba Fett, which was kept secret until a post-credits scene ending the mothership show’s season 2 finale “Chapter 16: The Rescue.”

“We didn’t want to spoil the surprise during the big Kathleen Kennedy announcement of all the shows, so they let me keep this one a secret, ” Favreau told Good Morning America about Boba Fett‘s absence from the Lucasfilm president’s slate reveal at Disney Investor Day in December. “So this is actually separate from The Mandalorian season 3. But what we didn’t say in that announcement is the next show coming up — what Kathy called ‘the next chapter’ — is going to be The Book of Boba Fett, and then we go into production right after that on The Mandalorian, back with the main character that we all know and love… pretty soon following that.”

“There’s a lot of Star Wars content coming out. I think they announced 10 projects, I think this will be 11,” Favreau added.

Season 3 of The Mandalorian, along with newly-announced spin-offs Ahsoka and Rangers of the New Republic, are part of a coming crossover Kennedy said would culminate in a “climactic story event.” The Book of Boba Fett premieres this December on Disney+.

All episodes of The Mandalorian are now streaming only on Disney+.

Two weeks later, what we know — and still don’t know — about Monterey Park shooter
Things to do in the San Fernando Valley, LA area, Feb. 2-9
Florida Lawmakers Unveil Plan For State Control Of Walt Disney World Special District
George Santos Claims He Produced ‘Spider-Man’ Musical, Allegedly Another Lie
What’s Next for DC Studios: The Good, the Bad, and the Bizarre