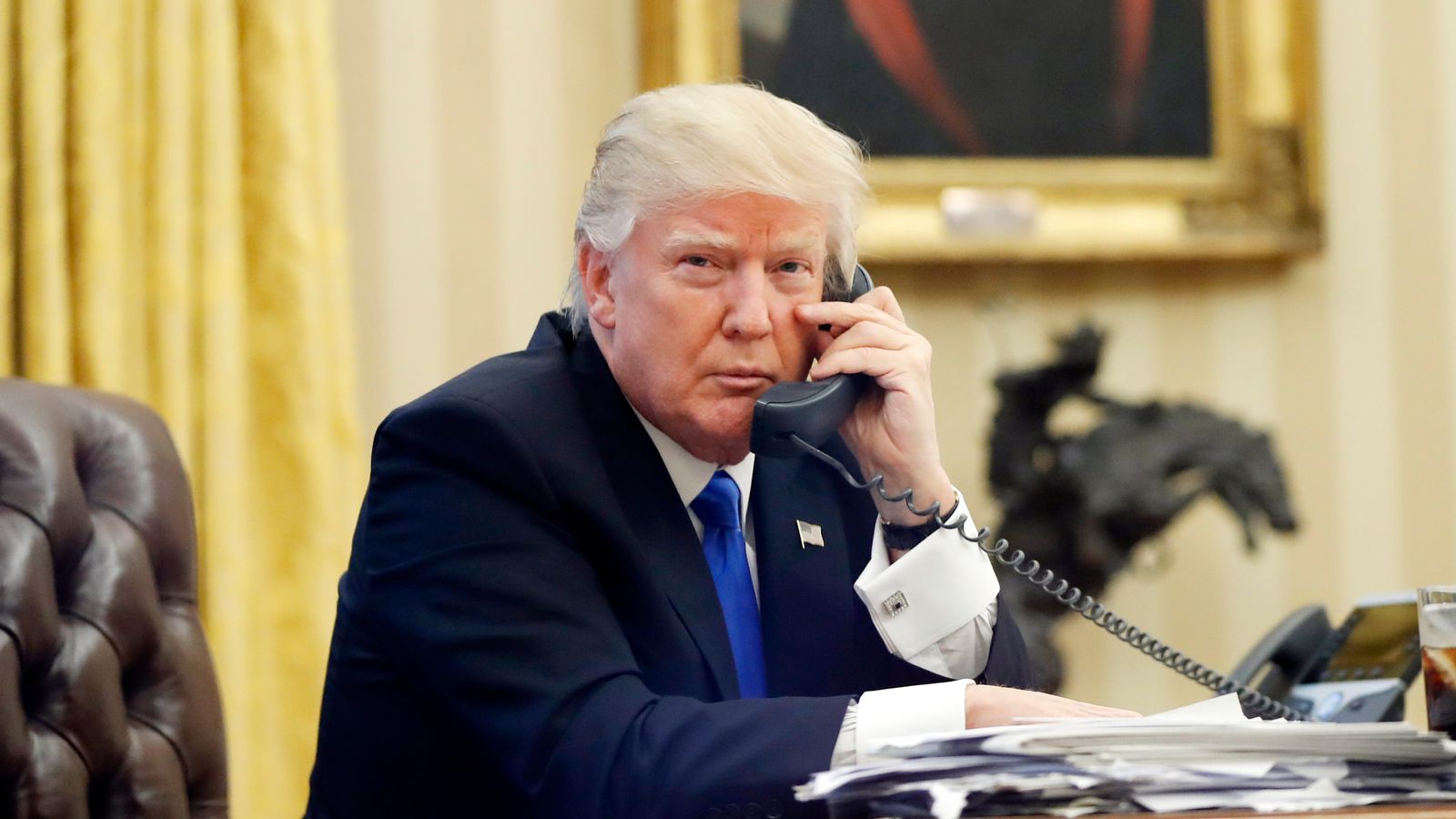 Donald Trump has been recorded pleading with Georgia’s election chief to “find enough votes” to overturn the election result in the state.

Audio of the phone call was obtained by The Washington Post and NBC News just weeks before the US president is set to leave office.

Mr Trump can be heard launching into a barrage of discredited conspiracy theories in the conversation with Georgia’s secretary of state Brad Raffensperger.

The president told his fellow Republican there was “no way” he lost Georgia and his team “won by hundreds of thousands of votes”.

Mr Raffensperger and his general counsel Ryan Germany pushed back on the president’s claims and told them Joe Biden’s victory of more than 12,700 votes was accurate.

Mr Trump later told the Georgia secretary of state he wants help finding “11,780 votes… because we won the state”.

The US president had said in the recording: “The people of Georgia are angry, the people in the country are angry.

“And there’s nothing wrong with saying, you know, um, that you’ve recalculated.”

Mr Raffensperger responded: “Well, Mr President, the challenge that you have is, the data you have is wrong.”

Mr Trump claimed at one point during the call that votes were scanned three times in the state.

Mr Raffensperger replied: “We did an audit of that and we proved conclusively that they were not scanned three times.”

White House chief of staff Mark Meadows and attorney Cleta Mitchell, both allies of Mr Trump, were present on the call.

Mr Biden’s senior adviser Bob Bauer said after the recording emerged: “We now have irrefutable proof of a president pressuring and threatening an official of his own party to get him to rescind a state’s lawful, certified vote count and fabricate another in its place.

“It captures the whole, disgraceful story about Donald Trump’s assault on American democracy.”

Mr Trump referenced the phone call in a tweet on Sunday as he wrote: “I spoke to Secretary of State Brad Raffensperger yesterday about Fulton County and voter fraud in Georgia. He was unwilling, or unable, to answer questions such as the “ballots under table” scam, ballot destruction, out of state “voters”, dead voters, and more. He has no clue!”

Mr Raffensperger replied: “Respectfully, President Trump: What you’re saying is not true. The truth will come out.”

The president’s efforts to overturn the US election result have fallen short since his defeat in November.

He has urged Republican officials in states like Georgia and Arizona to disregard their election results as he has made baseless claims of widespread fraud.

A significant number of Republicans will challenge the results, but this is not expected to overturn Mr Biden’s win.

How Ticketmaster & Live Nation Control The Live Music Industry
Logic Drops Kevin Smith-Directed ‘Highlife’ with Cast of ‘Clerks’
New High-Severity Vulnerabilities Discovered in Cisco IOx and F5 BIG-IP Products
Nursing union leader calls on Sunak to intervene ahead of biggest NHS walkout in history
‘I was not given a realistic chance’, says Liz Truss, as she makes comeback