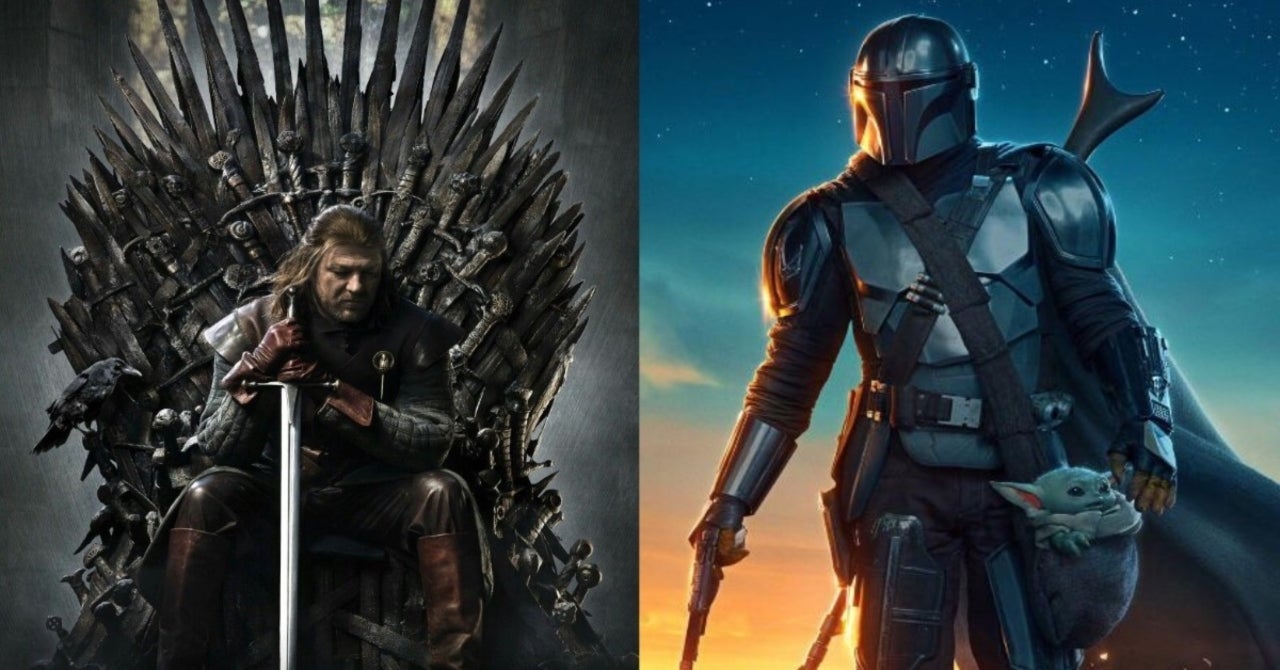 The Mandalorian dethrones Game of Thrones as the most pirated show of 2020, ending a seven-year streak held by the HBO fantasy drama that aired its final season in 2019. Data shows the live-action Star Wars series exclusive to Disney+ topped the most television show downloads on peer-to-peer file-sharing site BitTorrent, where the first season of The Mandalorian ranked third in 2019. The buzz-worthy second season of Mandalorian, about Din Djarin’s (Pedro Pascal) mission to place the Force-sensitive Grogu into the care of a Jedi Master, saw the return of Boba Fett (Temuera Morrison) and the live-action debuts of fan-favorite Star Wars characters Bo-Katan Kryze (Katee Sackhoff) and Ahsoka Tano (Rosario Dawson).

According to data reviewed by TorrentFreak, The Mandalorian is the most-downloaded television series on BitTorrent. The list of top 10 pirated shows includes in order: The Boys, Westworld, Vikings, Star Trek: Picard, Rick and Morty, The Walking Dead, The Outsider, Arrow, and The Flash.

In October, nine episodes of The Mandalorian made it the first Disney+ series to enter Nielsen’s top 10 streaming list. The Jon Favreau-created Star Wars series came in third behind The Queen’s Gambit and The Office on Netflix for the final week of October, racking up a total of over 1 billion minutes in watch time. Season 2 of The Mandalorian premiered on October 30, teaming Djarin with Cobb Vanth (Timothy Olyphant) and ending with the reveal of the long-missing Boba Fett.

The success of the Emmy-nominated Mandalorian spurred Disney and Lucasfilm to announce a bevy of Star Wars spin-offs. Along with the previously-announced Andor and Obi-Wan Kenobi, coming series announced at Disney Investor Day in December include Mandalorian spin-offs Ahsoka and Rangers of the New Republic. Another series spinning out of Mando — the Morrison-led Book of Boba Fett, revealed in a post-credits scene ending the Season 2 finale — was officially announced by Favreau on Good Morning America last month.

“I think that quality is always gonna override quantity,” Pascal told Entertainment Tonight when asked how many more seasons of The Mandalorian are still to come. “So as long as it’s staying at this incredible standard to which it is at, it’s more a matter of that than anything else.”

All episodes of The Mandalorian are now streaming only on Disney+. If you haven’t signed up for Disney+ yet, you can try it out here. Note: If you purchase one of the awesome, independently chosen products featured here, we may earn a small commission from the retailer. Thank you for your support.