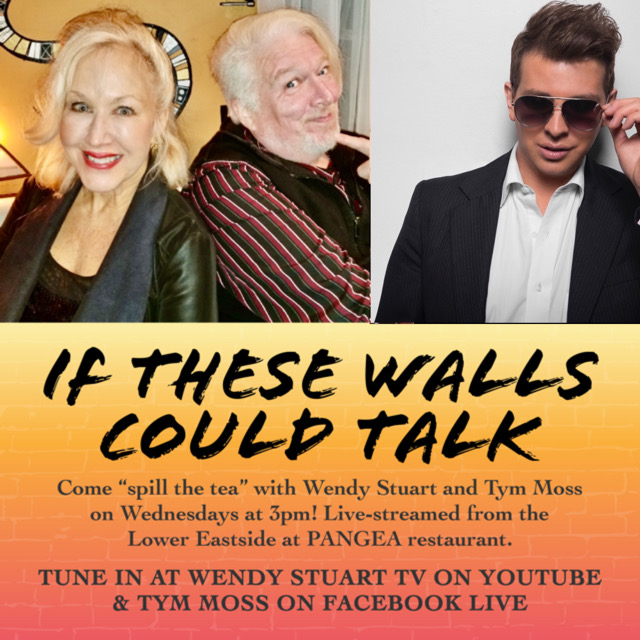 R&B/Pop superstar Ian Guerin will be a featured guest on “If These Walls Could Talk” with hosts Wendy Stuart and Tym Moss on Wednesday, January 6th, 2021 at 3 PM ET live from the infamous Pangea Restaurant.

Wendy Stuart is an author, celebrity interviewer, model, filmmaker and hosts  “Pandemic Cooking With Wendy,” a popular Youtube comedic cooking show show born in the era of Covid-19, and TriVersity Talk, a weekly web series with featured guests discussing their lives, activism and pressing issues in the LGBTQ Community.

Ian Guerin is an RnB/Pop recording artist, songwriter, producer, that has been doing music since the age of 9—he’s now seen on NBC, ABC Network, Fox TV & Digital Journal, among others.

Ian Guerin is a music addict & a Michael Jackson, Mariah Carey, Prince & Tony Bennett die-hard fan with a taste for R&B, Pop, Big Band, Jazz, Blues, Country, Hip Hop, and Swing music. He likes both singing his own songs as well as those of others & has now appeared on over 100 shows across the United States & Canada.

His album ‘Irreplaceable’ has been streamed over half a million times; however, Ian Guerin has also come to be known for his vibrant personality, his thoughts on spirituality, quality music & social consciousness & environmental awareness.

Watch “If These Walls Could Talk” with hosts Wendy Stuart and Tym Moss on YouTube here:

The Official Website for Ian Guerin may be found at https://www.IanGuerinMusic.com

Chlöe Bailey’s Debut Solo Album Will Finally Be Out Soon
How do prepayment meters work and why is there a crackdown on them?
Josh Meloy Teases Unreleased Song “Backroads,” And We’re Going To Need An Album Soon
Karol G Announces Highly Anticipated Album ‘Mañana Será Bonito’
Randall King Hits The Honky Tonk With His Lady For New “You In A Honky Tonk” Music Video