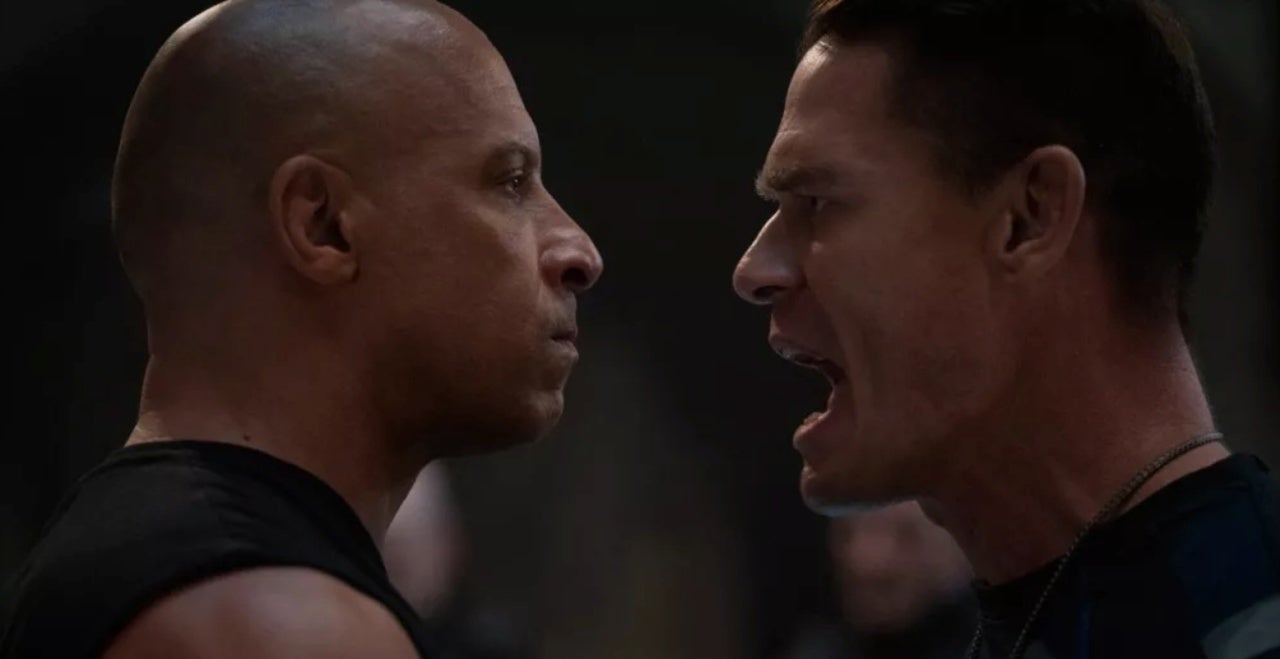 Fans of the Fast & Furious franchise may have had to wait longer than expected for the next film in the series, but Universal is finally revving the engines on the highly-anticipated F9. The ninth installment of the Furious franchise was supposed to arrive in theaters in the spring of 2020, but the film was pushed back to 2021 due to the coronavirus pandemic. Well, 2021 has finally arrived, which means that F9 is on its way sooner, rather than later.

There are still a couple of months to go before F9 actually hits theaters, but the promotional campaign is starting to pick up once again, which makes sense given the arrival of the NFL playoffs. The newest issue of Total Film Magazine, hitting stands at the end of the week, features some interviews from F9, as well as a new image of Vin Diesel and John Cena.

While fans know Diesel as Dom Toretto, the leader of the franchise, Cena is a Furious newcomer. The WWE Superstar-turned-actor will play Dom’s estranged brother, Jakob Toretto, who presents new challenges for the characters in the film.

“I know that the theme of family has become a drinking game for some of the fans,” said director Justin Lin. “But when I woke up that morning and had the idea of exploring Dom and Jakob… that was always the reason to come back.”

Cena added that Jakob will be the “greatest hurdle” for Dom and the rest of his Furious family.

There is an old saying that blood is thicker than water,” he said. “For me, having four brothers, I can say I have had the absolute brawls of my life with kin. It’s almost like it’s accepted.”

While the wait has been difficult for fans, they will likely have the opportunity to see F9 in a packed theater alongside fellow movie enthusiasts. Preserving that experience was key for Diesel and the rest of the team.

“I’m so committed to the theatrical experience,” Diesel said. “Obviously, I’ve dedicated my life to [the cinema]. It’s a wonderful feeling to know that we’re going to be there on May 28 with a movie that everybody is going to want to see together.”

Are you looking forward to F9 on May 28th? Let us know in the comments!