Joe Biden has a lot to be grateful for in the state of Georgia.

His victory there in November’s presidential election was one of the decisive moments in the country’s rejection of Donald Trump.

Having helped hand him the keys to the White House, Georgians could be about to give him all the power he need to shape America for the next four years.

If the Democrats do win both seats, it will leave the US Senate evenly divided between the two parties. In that scenario, the vice-president, Kamala Harris, would be called upon to cast any deciding votes.

With Democrats already in the majority in the lower House of Representatives, it would give the party decisive legislative power in Washington.

If the Republicans hold just one of the two Georgia seats, Americans can probably write off the next four years to more partisan gridlock.

Republicans have possibly not been helped by the current president continuing to cast doubt on the electoral process. Republicans worry it will dissuade voters from turning up.

Election officials in Georgia are still dealing with the fall-out from Trump’s phone call asking them to ‘find’ extra votes. “I personally found it to be something that was not normal and out of place and nobody I know who would be president would do something like that,” Gabriel Sterling, the Republican voting chief, told Sky News this week. 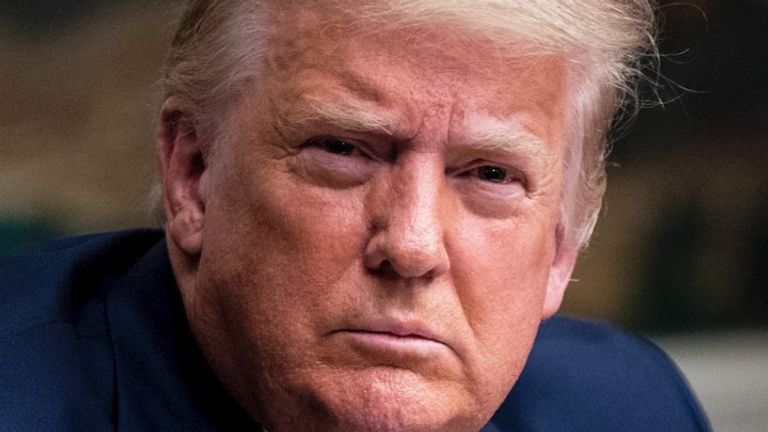 Plenty of Republican voters are disillusioned enough at Trump’s loss in November to skip this election, especially when his name is on the ballot.

Some others, officials worry, will be turned off voting when they keep hearing from the president that the process is “rigged”.

Democrats hope the energy they engendered in November, especially among the younger and more diverse populations in big cities like Atlanta, will push their candidates to victory.

The Reverend Raphael Warnock, who occupies the pulpit that used to be Martin Luther King’s, and the film-maker Jon Ossoff are running incumbents Kelly Loeffler and David Perdue close.

In the car park of a school in an Atlanta suburb, Warnock urged voters to “finish what they started” in November. Both sides know turn out is crucial.

The race is already one of the most expensive in history, with the campaigns spending not far short of a billion dollars.

It is illustrative of what is at stake in this state: how much of what Joe Biden promised he will actually be able to deliver and, consequently, what path America takes for the next four years.