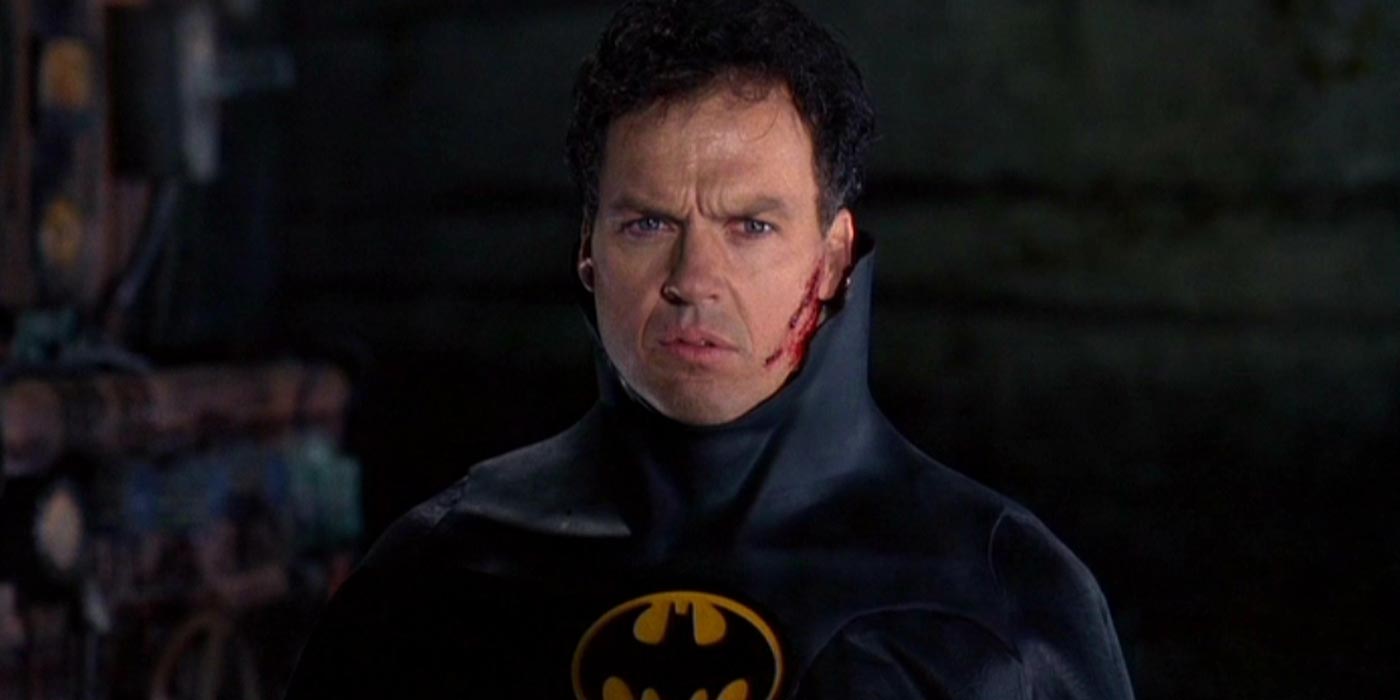 Just who is under the Batman’s mask? It’s a question that’s bedeviled many a Gotham City villain, and it also appears poised to tax even the most loyal DC Extended Universe (DCEU) fan going forward, with a recent clarification on a New York Times report appearing to suggest Michael Keaton’s reprise of the Dark Knight in The Flash is more than a one-off.

Indeed, Times reporter Brooks Barnes generated additional news over the weekend when he elaborated on a profile piece he filed last month. In the earlier report, DC Films head Walter Hamada revealed DC is embracing a full-throated vision of the multiverse, with Gal Gadot’s Wonder Woman cited as occupying what Hamada described as “Earth 1,” and Robert Pattinson’s upcoming interpretation of Bruce Wayne in Matt Reeves’ The Batman existing in “Earth 2.” Presumably this means “Earth 1” is the DCEU since Gadot previously starred opposite Ben Affleck as Batman in Batman v Superman: Dawn of Justice (2016) and Justice League (2017)—and all of which seems to exclude Michael Keaton’s iconic performance as the Caped Crusader in Tim Burton’s Batman (1989) and Batman Returns (1992).

However, in a recent tweet, Barnes was asked to clarify what he meant in his feature by writing, “Warner Bros. will have two different film sagas involving Batman – played by two different actors – running at the same time.” Was he referring to Keaton appearing as the other Batman, separate from Pattinson’s “Earth 2” Dark Knight?

The seeming ramifications of his answer has not been lost on social media where DC fans were quick to interpret this to mean that Keaton has replaced Affleck as the Batman that appears in the other “film saga” running at the same time as Pattinson’s The Batman. In other words, it appears like Keaton could replace Affleck as the primary Batman of the DCEU.

Den of Geek has reached out for clarity on whether Hamada fully indicated Keaton could appear as the secondary Batman beyond his highly anticipated reprise of the character in next year’s The Flash. At the moment, Keaton is only slated to appear as Bruce Wayne in a supporting role in that Andy Musichetti-directed film. Presumably his Batman crosses over into the DCEU due to some time-traveling and multiverse-hopping shenanigans caused by Ezra Miller’s speedster superhero.

With that said, it is possible that Barnes was referring only to Keaton’s role in The Flash, which is expected to be bigger than Affleck’s cameo in the same film. Yet many are taking it to mean Keaton is replacing Affleck as the official DCEU Batman… and, technically speaking, it is possible. Through the convoluted machinations of time travel and multiverse-tinkering, writers can come up with all manner of absurd explanations to retcon stories as they see fit.

So while The Flash might begin with Affleck as the DCEU Batman, it could end with Miller’s Barry Allen inadvertently altering the space time continuum (or some such), and causing Keaton’s beloved interpretation of the Dark Knight becoming the one who stays in the DCEU. Think about how Marty McFly changed his parents’ life trajectories in Back to the Future.

Still, we’d take this interpretation with a grain of salt until there is further clarity. We’ll keep you posted as this story develops.